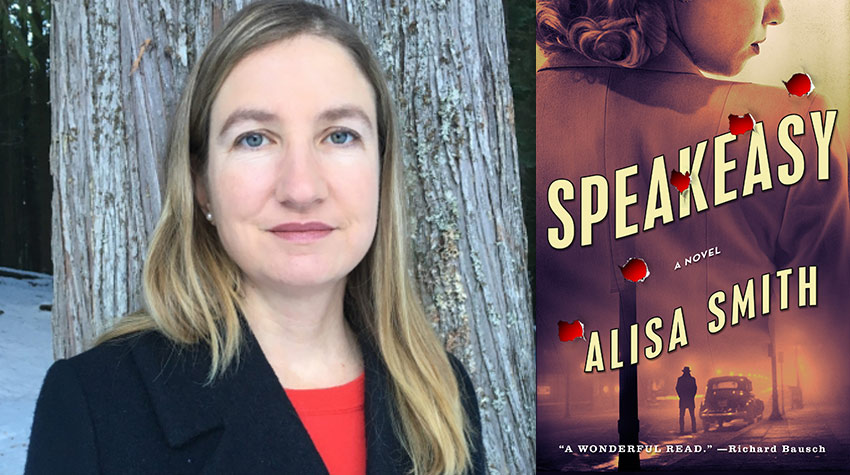 When there was a manhunt for California bank robber Bill Bagley, who escaped from prison in British Columbia, Canada, the 1932 headlines advised to “look for the woman” if the cops had any hope of finding the man. The headlines themselves were in quotation marks, referencing an already established trope in detective fiction. Cherchez la femme has taken a few twists and turns along the way, but it survives and thrives in modern thrillers and mysteries—most famously in James Ellroy’s The Black Dahlia.

Cherchez la femme was pioneered in an 1854 detective novel by Alexandre Dumas (better known for the adventure classic The Three Musketeers). In The Mohicans of Paris, the policeman Mr. Jackal declared periodically throughout the book that his stumped colleague should “look for the woman” because there was a woman behind every crime. 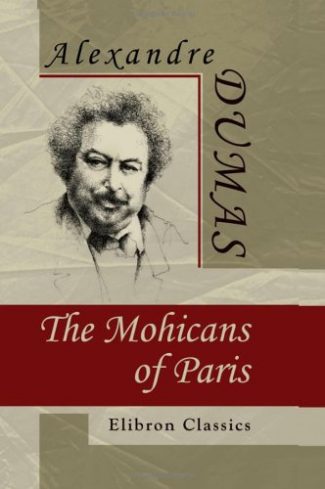 Despite the iconic phrase coming from Dumas, the original book is elusive. The extensive metropolitan library where I live in Vancouver, BC, didn’t have The Mohicans of Paris. The city’s premier used and rare bookstore, MacLeod’s, didn’t have it either. “That one is hard to find,” said the grey-haired clerk, looking up from his leather-bound treasures.

The internet has the entire book for free on an online archive but only in the original French, as far as I could find. Luckily, when I was in high school, all Canadians were forced to learn French, as it is our official second language. Dear Mr. Dumas, forgive any butcheries in my translation.

The crime: two murdered young men. A vicious method, both strangled. “Cherchez la femme,” opines Mr. Jackal. When his sidekick Salvator is incredulous, Mr. Jackal insists: “There is a woman in everything. It is what makes our profession so difficult.”

Chapter 35 is even called “Cherchez la femme,” which cements the theme for posterity. Mr. Jackal again insists we look for her in this monstrous crime because “obviously a woman is up to her neck in it.”

The iconic short story writer O. Henry wrote “Cherchez la femme” in his inimitable style in 1902 as a cross between a mystery and a comedy. It is set in steamy New Orleans, where reporters sip absinthe in smoky Creole bars. A person named Mr. Morin died in mysterious circumstances right after he absconded with a fortune in gold. The reporters cared only a little for the death—and a lot for the gold.

So how would they find the gold?

I won’t reveal if it’s the titled Lady at the racetrack or the nun who may have done the deed—or none of the above. But at the end of the caper, there is one more “lady in the case.”

“Her name is Belle of Kentucky, twelve-year-old Bourbon. In quarts. How does that strike you?” says the other reporter, Robbins.

By the 1970s, feminists took over the phrase “look for the woman” and tried to find her everywhere from the boardroom to the political arena. In Look for the Woman, An Encyclopedia of Female Criminals, written in 1981, the male author somewhat alarmingly mixes new feminist aims with old stereotypes. Jay Robert Nash bemoans that “historically, even the world of crime has proved male-dominated, and the female criminal has been kept in her place.” But he also asserts of the female murderer that: “Her motives, as a general rule, lack the clearheaded and darkly reasoned purposes of the male. Whim and fancy often rule here.” Sigh.

Luckily, time marches forward. Modern crime writer Megan Abbott did not, to my knowledge, use the actual term cherchez la femme, but her noir books are all about looking for the woman and putting her at the center of the crime rather than lurking behind the headlines. 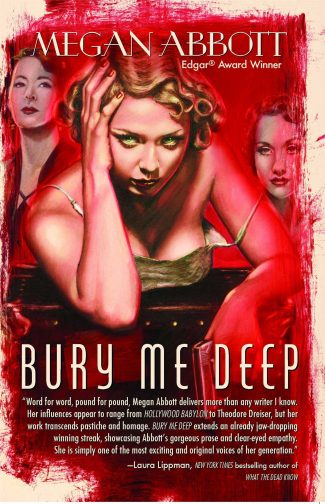 In Bury Me Deep, Abbott puts a surprising amount of nuance into her portrayal of such a twisted character: a woman who could kill, dismember, and hide the remains in a trunk in a railway station. Abbott provides a believable trajectory of how a regular woman could sink into such horror. Abbott’s story is based on the real-life “Trunk Murderess” Winnie Ruth Judd, who—to close the circle—is featured in Nash’s crime encyclopedia Look for the Woman.

Megan Abbott is compared to James Ellroy for her noir touches and vintage Los Angeles locations. Ellroy masterfully uses cherchez la femme as his theme in The Black Dahlia. He sets jarringly American words against the French to make them memorable: “Cherchez la femme. Huh, Bucky?”

In case we don’t know what cherchez la femme means, Ellroy has Bucky ask for us: “What?”

“Look for the woman,” explains detective Lee Blanchard. The concept bookends the beginning and end of the dark tale. There are a number of key women in the book: the dead Dahlia; the worldly wise Kay, whom both Bucky and Lee love; and the peculiar rich women who circle ever closer to the Dahlia’s world until the bizarre murder is finally solved.

Even Salmon Rushdie got into the act with a sneaky reference in Shalimar the Clown, published in 2005. Rushdie also insists that we “cherchez la femme” for a murder motive, and Sergeant Elvis Hilliker is called to the scene.

Not coincidentally, Hilliker is the real name of James Ellroy’s mother, who was murdered, and to whom Ellroy dedicated The Black Dahlia. And thus, the wheel of literature turns.

In my case, when I saw the real headline urging the police to follow the woman, I tried to imagine who would love someone like the violent thief Bill Bagley. And so, Lena Stillman was the person I created to be at the center—rather than the traditional margins—of Speakeasy. Strong, cold-blooded, and reckless. Exactly the kind of woman that I hope readers will want to follow.

Alisa Smith is the bestselling co-author of Plenty: A Year of Eating Locally on the 100-Mile Diet (Crown). Her freelance writing has been published in Outside, Reader’s Digest, Utne Reader, Ms. Magazine, Canadian Geographic, Elle Canada, the National Post, and many others, winning two National Magazine Awards. She served as a judge for various literary awards and has lectured widely on writing. She is based in Vancouver where she is now hard at work on the sequel to Speakeasy.