“Catch me if you can” was the message left, along with a video posted to Facebook, by an insanely crazy motorcycle rider through heavy traffic at 100 mph. Alberto Rodriquez exuded extreme confidence in his ability to openly defy the police and get away with it.

Unfortunately for Mr. Rodriquez, the police happened onto the whereabouts of the extreme motorcyclist and arrested him while they were investigating a report of a stolen bike. Rodriquez was captured as he ran from the house where the stolen motorcycle was being stashed.

According to Fox News, the Facebook video, which was shot with a helmet cam, was posted a while ago, but the police did not receive word of it until just recently and worked swiftly to catch the dangerous motorcyclist. Rodriquez was wanted on two felony warrants and one family violence misdemeanor charge. He may also face charges for the stolen motorcycle.

The police were aided in the capture by reports from civilians about the video and by other video taken by at least one person who saw the motorcyclist as he drove down the crowded freeway. Social Media solves another crime! Leadfoot by Eric Beetner is the 2nd fast and furious thriller featuring the McGraws—a family who will transport anything you require and won't ask any questions. The Dukes of Hazzard. “Thunder Road.” White Lightning. The moonshine-running driver hitting the backroads with suped-up Detroit iron and a trunkful of corn liquor, racing the revenuers, the sheriffs,…

“You took the wrong kid.” If the adrenaline of a mother’s love for her child can cause superhuman strength enough to lift a car, imagine what Halle Berry could do when she sees her son get kidnapped. It’s every mother’s worst nightmare, and it’s the plot of the upcoming suspense thriller, Kidnap. Directed by Luis… 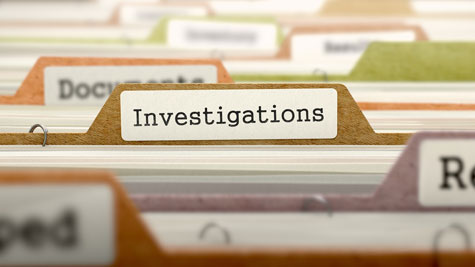 Crime Analysis: The Profession and the Process

It’s been said that crime analysis is only slightly younger than crime itself. Long before the profession came into being, people practiced crime analysis without ever putting a name to it. When someone warned a neighbor to stay away from a certain part of town after dark because they knew from experience or word of…