Attention, vintage relic aficionados! Check out this 1938 Colt .38 revolver and black and white camera. This nifty device captures a picture with every pull of the trigger. Also for your viewing pleasure is a photo filmstrip of the victims… uh, subjects. The intent of the design was to capture a mugshot of the criminal in case the officer missed the shots.

I guess police liability was less of an issue back then. 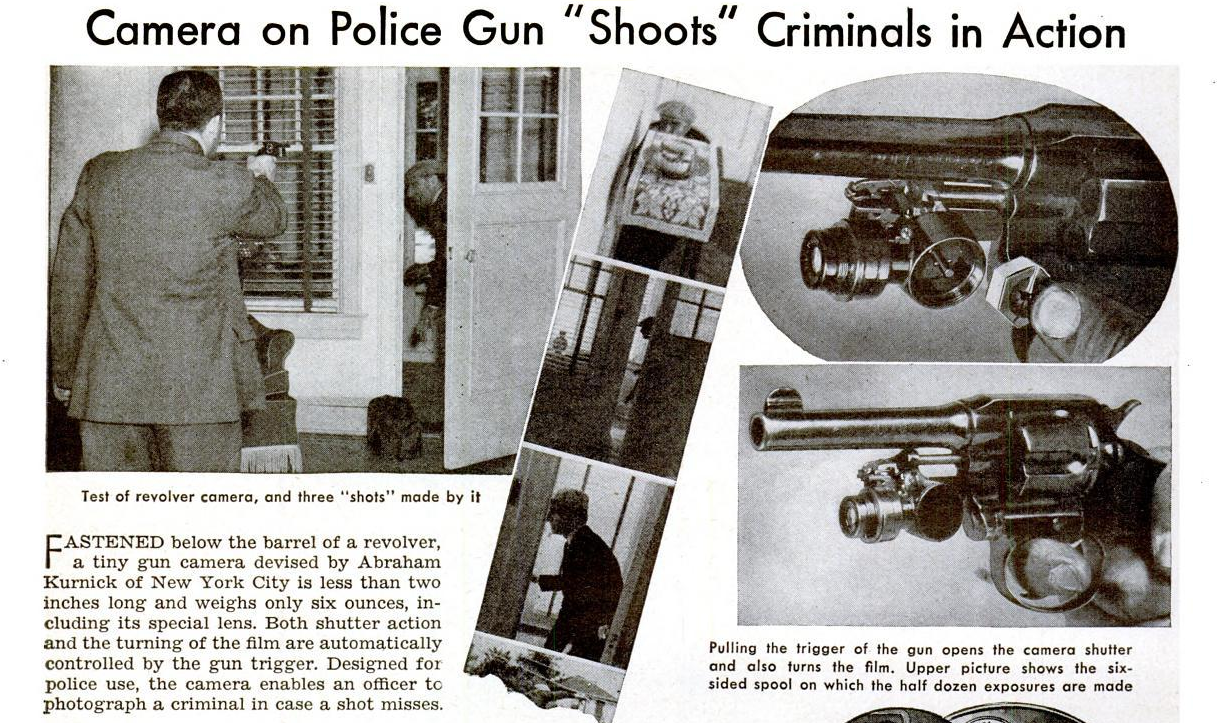 Today, almost a century later, there’s buzz once more on the news about police departments adopting camera guns as part of the arsenal for the force. This time, we are talking about video cameras. PistolCam®, unlike the vintage revolver cam, is to be used to record and monitor police activity during heated incidents in hopes of minimizing unjustified use of firearm and police brutality (supposedly).

Just point and shoot (a roll, not a round).

Images courtesy of Nationaal Archief of the Netherlands and Popular Science (Issue from August, 1938) and thanks to Dr. Linguica.