One highly flirtatious burglar landed himself in the slammer after the police used a pretty girl to entice him into a date.

Here's what happened: Early that day, Quintanilla approached Ashleigh Cullen, the bartender, and asked her out on a date.

“He said 'I've seen you around before and I've wanted to talk to you, but never really got the chance. Here's my number. Let's hangout later,'” Cullen said.

Cullen stated she didn't give it much thought until later that day when she and another employee were taking out the trash.  They noticed a few of the restaurant's extra TVs outside their storage area.  That's when they saw Quintanilla again. This time, he was wearing one of the restaurant's t-shirts.

“So we stopped to check out what was going on and noticed that we were being robbed,” said Cullen.

She called police, but by the time the officers had arrived, Quintanilla had vansished from the location.  However, Cullen and investigators realized he left something extremely valuable behind: his actual phone number.

“This gave us an opportunity to using an undercover capacity. Pose as that female employee and using text messages set the suspect up to come and meet us,” said Sgt. Dave Norris of San Mateo Police Department.

The undercover operation went without a hitch. He showed up and the officers arrested him on the spot. 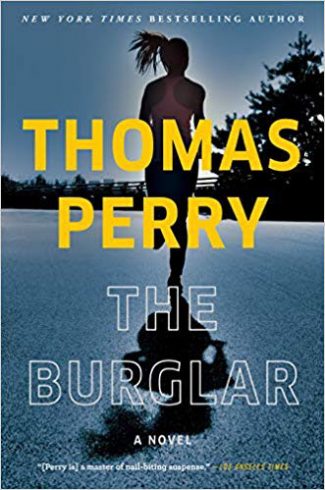 Locks and the City: Reviewing A Burglar’s Guide to the City by Geoff Manaugh

A Burglar's Guide to the City by Geoff Manaugh encompasses nearly 2,000 years of heists and tunnel jobs, break-ins and escapes, offering an unexpected blueprint to the criminal possibilities in the world all around us. We think we know how buildings work. You pass through doors, look through windows, hang pictures on walls, walk on…