When I set out to write a post specifically about beloved characters that I believe, in my all-too-mortal opinion, should not have died, in considering that list, I became far more interested in the questions of why they died in the first place and if death was the best writerly choice. So, if you’ll please indulge a discussion of character and plot…

As a writer of cross-genre, historical, supernatural suspense novels, I understand the function of an artful death. I’ve written several deaths, some likely more artful than others, but I do try to live, write, and kill by this rule:

If a character dies for the sake of someone else’s plot development, and not because of their own motives, karma, motivation, or chickens coming home to roost—it troubles me. Sacrificial death solely for the protagonist’s pain, development, or arc feels disrespectful to both the victim and the protagonist. I want characters I write, read, and watch to be agents of their own action and deal with the repercussions that might have put them in danger. I want characters I have invested in to have “earned” a death, rather than dying for someone else’s plot twist.

When I give writing presentations, I always advise that details in the narrative should do double and triple duty: reveal an insight into the character, the visual understanding of the world building, and the sense of history, exposition, or foreshadowing. A death should serve these same functions. Here are two distinct examples of death in crime fiction and drama that I wish had done more than one duty. In one of my favorite novels of all time, the historical crime thriller The Alienist by Caleb Carr, the beautifully rendered character of Lazlo Kreizler is devastated when his housekeeper—and his love—Mary Palmer is murdered in the latter half of the book. So should any reader be devastated. Mary was magnificent.

I loved Mary more than any other character, save Kreizler—side character as she might have been. She made the world of the story so much richer, entirely developed with a full humanity and complex psychology. Kreitzer’s love with Mary was so delicate, so dear, and so transcendently beautiful. The violence was all the more cruel.

Yes, it’s a murder mystery, and one expects dark turns, but this just felt so personal and didn’t seem to serve the story, beyond giving Kreizler motivation by pain. While it is true the death allowed us to see Mary as a fighting hero through her sacrifice, she had already been heroic in this story without this final, irrevocable proof.

Yes, the innocent die all too often in crime drama of all kinds, and while I’m not on a mission to protect the innocent from the whips and scorns of danger-filled fiction, this death I just did not agree with. It played into tropes I find painful.

Another death I cannot abide was the senseless death of Ruth Evershed in the British spy drama MI-5 (titled Spooks in England). I went on a rant about this here at Criminal Element before, so I’ll spare you another round of flailing, but essentially, she died solely for Harry Pierce’s pain.

See also: MI-5: Come for the Action, Stay for the Love Her death was proof that Pierce was, and could be nothing but, his job. The show went, rather militantly, out of its way to prove that no one in its sprawling cast, over many years—save a rare exception—could have a life, a happy ending, or a modicum of peace. If Mary’s death felt personal and intimate, Ruth’s death felt wholly, utterly contrived. Both were equally devastating, and both served the same purpose of protagonist trajectory. They did not feel “earned” for their own autonomous character reasons.

In both cases, these are women whose sacrificial deaths steel the male hero into His Tortured Full Self. Unfortunately, that’s a trope we see all too much on page and screen—women as victims, traps, downfalls, redeemers, and plot devices. We so often see women solely through the eyes of the men they are there to either serve or to serve as sacrifice. It is a violent and tiring trope, and after a while, creeps into the subconscious that women are continually expendable people.

And so, if I were to resurrect two characters from two of my most beloved storylines, it would be these women. If nothing else, for the sake of the men involved—whose characters I was just as equally invested in—I would have preferred they live. Each pair was an excellent, efficient team. Now, they’re all broken.

At the end of Season Two of my favorite show, Penny Dreadful, they committed a character death that was so very Trope Troublesome—playing into one of the worst death tropes in all of cinema. I’m hoping with all my heart and the paranormal scope of that show that there is more to that character, and they’ll remain with us somehow. Otherwise, the show loses the high marks I gave it thus far.

I’d like to see this character back, and it would do the show comprehensive good to do so. The show has subverted and reversed trope expectations with aplomb. If it doesn’t do so with this one, it will be a betrayal of all it has so intelligently crafted.

It does crime fiction no good to walk on character eggshells, and I am no prude about a high body count if the characters are allowed their own reasons, agency, and resolutions, instead of merely being victims of circumstance, mere plot turn services, or dying in sexist/racist tropes. In a violent, broken world, I also believe in second chances and redemption. May we always hope the best for the characters we love most.

Just as I believe a character death should serve more than one purpose, bringing a character back should be just as comprehensive an asset to the main characters, plot, and the world building as a whole. A return of a character should be a broadening of everything the story has crafted thus far—our guide to the next level.

What are your least favorite character deaths? Were you frustrated, grief-stricken because the death wasn’t for a comprehensive reason, or did your reaction stem mainly from sentimental attachment to the character? Who would you want to bring back and why? How would your favorite characters’ return serve the story going forward?

Leanna Renee Hieber is an actress, playwright, artist, and the author of the new Eterna Files trilogy of Gothic, Gaslamp Fantasy/Supernatural Suspense novels for Tor Books, the Magic Most Foul saga, a Gothic Victorian YA trilogy, and the acclaimed, bestselling Strangely Beautiful saga which will release in new, revised, author preferred editions 4/16 from Tor Books. A classically trained actress and proud member of Actors Equity and SAG-AFTRA, she lives in New York City and works in film and television, is a tour guide for Boroughs of the Dead, and crafts Steampunk, Gothic, and Neo-Victorian jewelry and art. Visit her website, follower her on Twitter, and check out her Facebook. 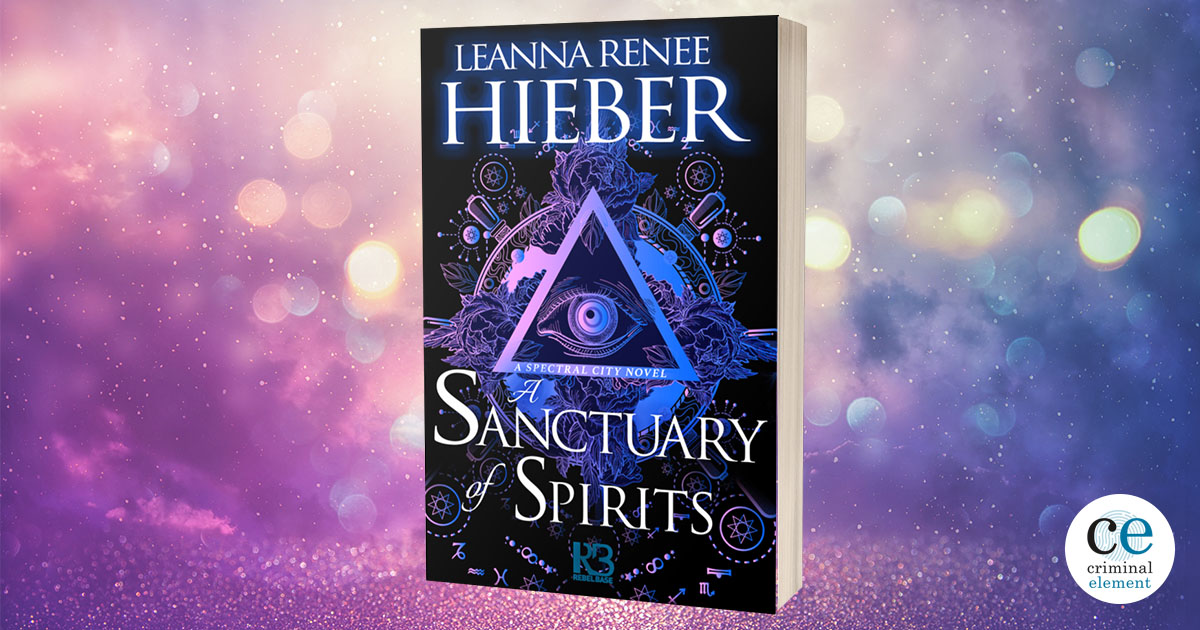 I’m always unbelievably excited when a new Leanna Renee Hieber novel drops, and Sanctuary of Spirits is no exception. In the second act of her Spectral City novels, heroine and medium Eve Whitby discovers there’s more to her case against the mysterious undertaker, Monsieur Dupont, than she could have fathomed. She also discovers a new… 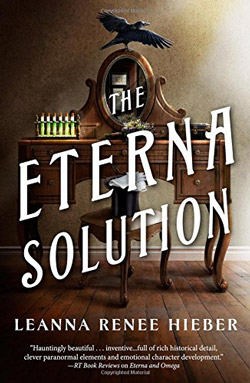 The Eterna Solution by Leanna Renee Hieber is the climactic third installment of The Eterna Files series, delivering a delightful Gaslamp fantasy set in 19th-century New York and Washington D.C. that is rich with detail and embroidered with a cast of captivating characters. The coolest part about being a reviewer is getting to read books…