As a bonus, for the whole month of April, you can take advantage of a great deal on the eBook. Read on for more below! 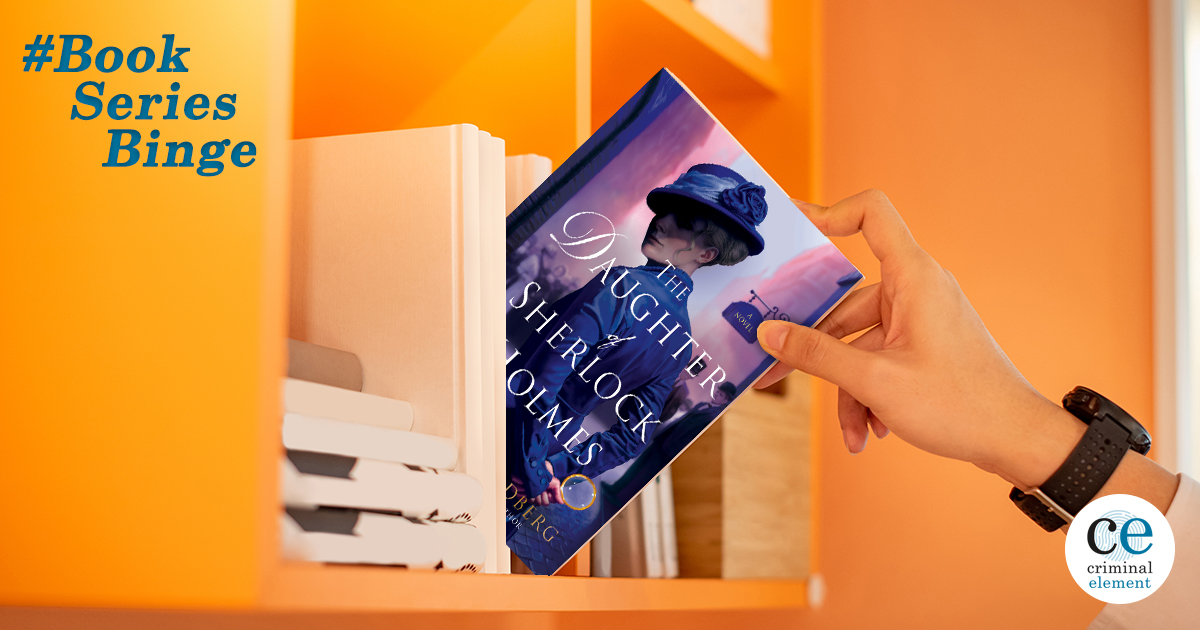 Describe the first time you pictured Joanna in your mind.

It occurred while I was reading Sherlock Holmes’s description of Irene Adler in Conan Doyle’s A Scandal in Bohemia. As you may recall, she was threatening to release very compromising photographs of her and the King of Bohemia unless he ended his engagement to the daughter of the King of Scandinavia and returned to her. Holmes was hired by the King of Bohemia to retrieve those photographs whatever the cost. During his pursuit of the photographs, Sherlock Holmes described Irene Adler with these words—“Oh, she turned all the men’s heads…and was the daintiest thing under a bonnet on this planet.” Under circumstances I detailed in The Daughter of Sherlock Holmes, Holmes and Irene Adler have a one-night, drug-induced assignation, and a daughter, Joanna, was conceived, with her eventual birth kept a secret from the world.It was at that moment that I envisioned Joanna as being tall and slender and strikingly attractive, with a very keen sense of observation and deduction.Thus, I gave Joanna her mother’s looks and her father’s brain.

Would you like to live in the setting you created?

I do believe I would enjoy living in London during the Victorian/Edwardian era. It seemed to be a kinder, gentler time when the world moved a bit slower and people were more interconnected. I would have particularly enjoyed being a detective back then, for during those years the investigator had to depend on his wits and subtle clues to solve crimes, rather than DNA sequencing, spectrophotometry and other forms of sophisticated technology. For example, the Fingerprint Section at Scotland Yard was not established until 1910, and several years had to pass before fingerprint analysis was considered admissible evidence in courts of law. Thus, the best detectives had to use their keen sense of observation and deduction to bring criminals to justice. Sherlock Holmes was superb and unmatched at this, and it was this very quality which has so endeared him to us through the generations. In essence, he saw what we saw, but he thought what we failed to think.

How would Joanna describe herself?

She would proudly state: “I am the daughter of Sherlock Holmes, with whom I am fortunate enough to share many qualities. Were we ever to meet, I feel certain we would get along famously, and woe to any criminal who crossed our path.”

**Deal Alert: Get an eBook copy of The Daughter of Sherlock Holmes for $2.99 this April only!

Read an excerpt of Leonard Goldberg’s The Daughter of Sherlock Holmes here.