April 2, 2020
Julia Spencer-Fleming is the New York Times bestselling author of the Clare Fergusson/Russ Van Alstyne Mystery series, beginning with In the Bleak Midwinter. Read on as Julia answers a few questions on the series and explores how her unlikely pairing of protagonists added a level of passion to this thrilling series. 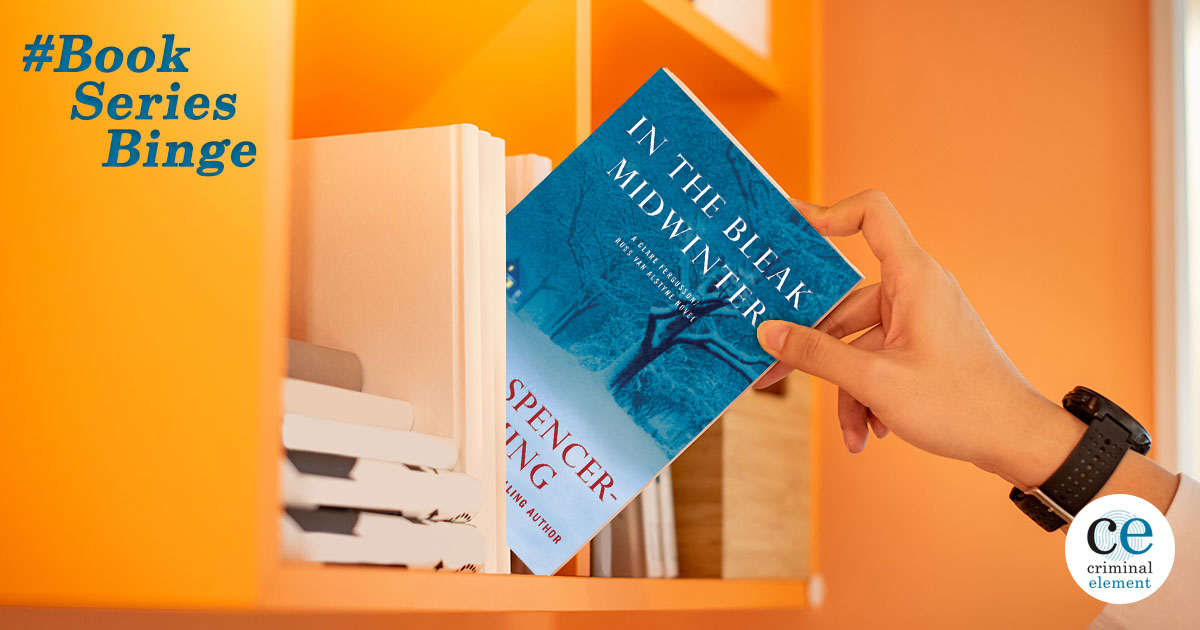 Describe the first time you pictured Clare Fergusson and Russ Van Alstyne in your head?

I had decided to write a mystery, naive thing that I was, and to educate myself, I read every book I could find in our city library that had won, or been nominated for one of the big three mystery awards. So I was digging into every subgenre, seeing what I liked, and what I didn’t. I found I was strongly drawn to amateur sleuths, and the ones that most strongly resonated with me were the most realistic, as it were—people I could actually imagine having a reason to be hanging around murder investigations and bodies. Then it struck me: a priest. An Episcopal priest, since, as a life-long Episcopalian, I knew the milieu. No, I hadn’t read any of the many, many books featuring clergy detectives, I thought I was being daringly original.

The rest of Clare fell into place quickly. She would be an outsider, a southerner newly arrived in a cold climate. She would be tough, from her training and career as an army helicopter pilot, and because of that, uncertain in her role as a priest. She would be extremely tuned in and empathetic to other people’s emotional states, and almost blind to her own.

Then I needed her counterpart. When I began with an amateur sleuth, I know I would need a professional for her to work with, and the idea of that person being her opposite number in almost every sense was intriguing. Thus, Russ Van Alstyne: a home town boy with deep, deep roots in his community. Older and married, where she was younger and single. An atheist who tends to see the worst in people, while Clare assumes the best. But a funny thing happened when I put them together: they began to discover all these deep similarities beneath the superficial differences. And then sparks began to fly, and we were off to the races.

Would you like to live in the setting you created for the Clare Fergusson/Russ Van Alstyne series?

I have lived in Millers Kill! Or at least, close by, in its neighboring town of Cossayuharie. They’re fictionalized versions of Hudson Falls, Argyle and Fort Edward, NY, complete with dead mills, depressed industry, low-paying tourism jobs and struggling dairy farms. No, I want to live in Louise Penny’s Three Pines—now there’s a small town with charm, great food and artsy residents.

How have Russ and Clare changed since you began the series?

In the first book, In the Bleak Midwinter, Russ believes he has his life not only figured out but set in stone—happily married, chief of police until retirement, Sunday dinner at his mom’s house. Contented. Settled. Clare comes into his life like a fire in a library, destroying all the stories he told himself about his marriage, his contentment, even his professional relationships.

As the first female minister to a conservative congregation, Clare starts out trying to be everything to everyone, determined to be the best priest ever, and, of course, failing miserably, because no one can achieve the kind of perfection she shoots for. She questions if she really ought to be running a parish.  She chases after Russ’s murder investigation, half because she craves the adrenaline rush she used to get in the military, half because he’s pretty much her only friend in her new town. She has no idea she’s falling in love until after it’s already happened.

Since that point, they have both been through wrenching changes and come out more fully themselves. Russ trades comfort for joy, quietness for change and excitement (although he still complains he’d like things to calm down.) Clare discovers she is in the right place, doing the right thing—escaping back to her “simple life” in the army no longer holds any allure. And of course, they both have each other, partners in life, parenthood and, despite Russ’s occasional attempts to keep her out, in detecting.

Describe Clare Fergusson in one sentence.

How would Russ Van Alstyne describe himself?

“I’m a simple guy. I like simple definitions. I’m a cop. I’m a husband—I like being a husband. I don’t know, what else do you want? I do carpentry in my spare time. Is that good? Are we done?”

Julia’s new book, Hid From Our Eyes,  is out April 7th—order your copy now!

Get your copy of In the Bleak Midwinter here or at the retailers below.