March 31, 2020
The Edgar Award-nominated Buck Schatz series by Daniel Friedman features the retired Memphis cop dealing with memory problems and early dementia, and battling with the sudden emergence of old adversaries. Daniel Friedman answers questions about Book 1, Don’t Ever Get Old, and hints to what Buck is up to in the latest mystery, Running Out of Road. 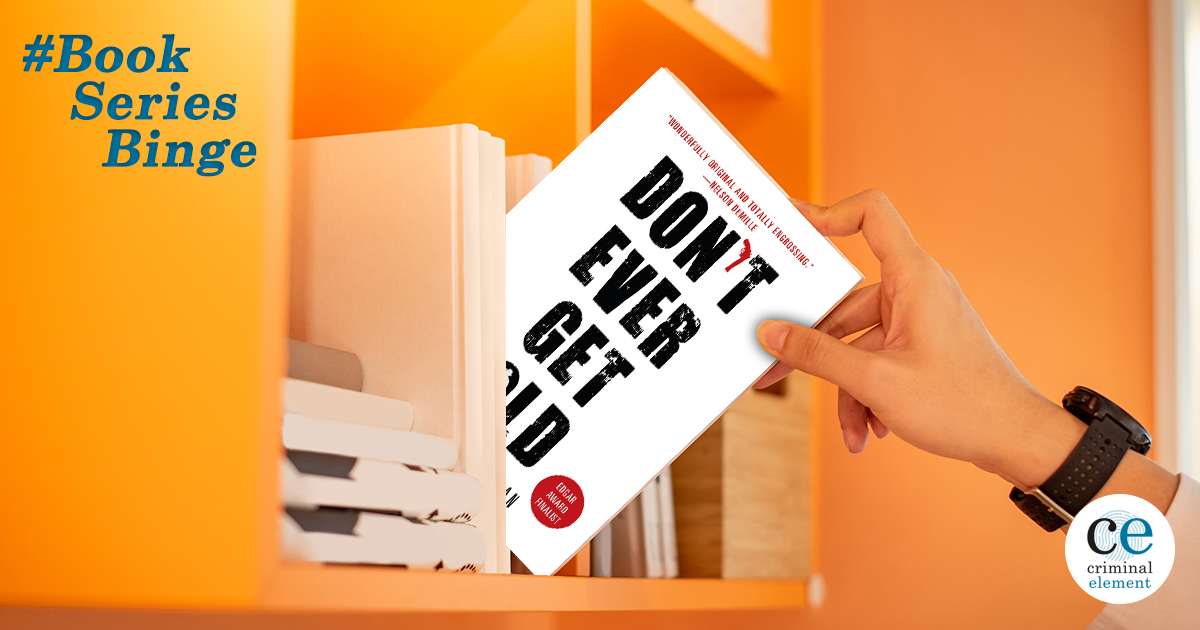 Describe the first time you pictured Buck Schatz in your head.

Buck Schatz is a 90-year-old World War 2 veteran, and a retired Memphis detective, whose colorful past has a tendency not to stay in the past. The idea I had when I started writing this character was that I wanted to convey to readers what it felt like to watch my grandfather crying at my father’s funeral. That’s not an elevator pitch. People don’t go to the bookstore looking to buy something that makes them feel that way. But the idea is still in there; a tough, irascible character who has endured terrible loss and carries immense grief.

Would you like to live in the setting you created for the Buck Schatz series?

These books take place in my hometown, Memphis, Tennessee. I don’t live there anymore, but my mother’s still there and I visit a few times a year. It’s a great town for food and music.

How has Buck changed since you began the series?

When I first started putting Don’t Ever Get Old together, there were a couple of major movies that featured elderly characters in adventure stories. There have been a few others since then, but at the time, I was thinking about Pixar’s Up and Clint Eastwood’s Gran Torino. Up is an animated film about a widowed balloon salesman who tries to use a bunch of balloons to fly his house to South America, and along the way, he builds a new makeshift family by bonding with a neighborhood boy scout who accidentally stows away in the flying house and a talking dog. Gran Torino is about a mean, angry old racist who is a recent widower, is alienated from his son, and is living alone in near isolation while ominously coughing up blood. He befriends a Hmong immigrant teenager who has recently moved into his neighborhood, and at the end of the movie, he is killed defending his new friend from a violent street gang.

These are the conventional narratives about older heroes: either the old dog learns a new trick, or the old soldier finds his warrior’s death. I wanted to avoid these tropes with Buck, and try to come up with a more honest view of what old age for a character like this looks like. And what my honest view of old age looks like is: as everything else becomes a bigger and bigger pain in your ass, you spend more and more of your time sitting around watching cable news. Don’t Ever Get Old starts with the character at 87, and he’s 90 in Running Out of Road. He is not at a point in his life when people change much for the better. He’s not going to experience an epiphany that changes the worldview that kept him alive through Normandy, a German prison camp, and thirty years on the streets of Memphis.

These stories deal with the question of whether he was a good cop and whether he is a good man, but he isn’t on a journey toward becoming better. There are wounds that are too deep to heal and habits that run too deep to change.

Has Buck changed in unexpected ways since Book 1?

Buck was a white cop in a largely black city whose methods were controversial by the standards of his day and unconscionable by contemporary standards. The cop who cuts through the red tape and plays by his own rules was an acceptable heroic archetype to work with in 2012, when Don’t Ever Get Old came out, but as politics and culture have shifted more toward questions of justice and police conduct, you can’t keep on telling business-as-usual stories about a character like this, or at least, you shouldn’t.

Running Out of Road confronts these issues head-on. Chester March, a killer Buck put away in 1976, is finally slated for execution after 35 years on death row. He says Buck beat a confession out of him, and that confession is what got him convicted. And Carlos Watkins, a journalist who is covering the case, has a very different conception of justice than Buck’s and a different idea about who the villain of the story is. Buck and Carlos each build their own conflicting narratives about the events leading to Chester’s conviction. Buck makes the case for himself, his worldview, and his vision of justice, which he believes ought to culminate in Chester’s execution. Carlos argues that criminals like Chester is alleged to be are far less of a problem than brutal men like Buck wielding systemic power to crush the powerless, and that the ultimate injustice is the state killing a man based on evidence gathered through policing that is four decades out of date.

Describe Buck Schatz in one sentence.

What if your grandfather who you love, but who you’re worried will say something racist to the waitress when you take him to lunch at Applebees, used to be Dirty Harry?

How would Buck describe himself?

He’d say he looks like someone made a wax dummy of the man he used to be, and then ripped out most of its hair and melted it partway with a blowtorch.