April 8, 2020
Join Allison Brennan for a Q&A on her Lucy Kincaid series, beginning with Love Me to Death, and the most recently released, Cut and Run.

Plus: read on for an eBook deal on Love Me to Death! 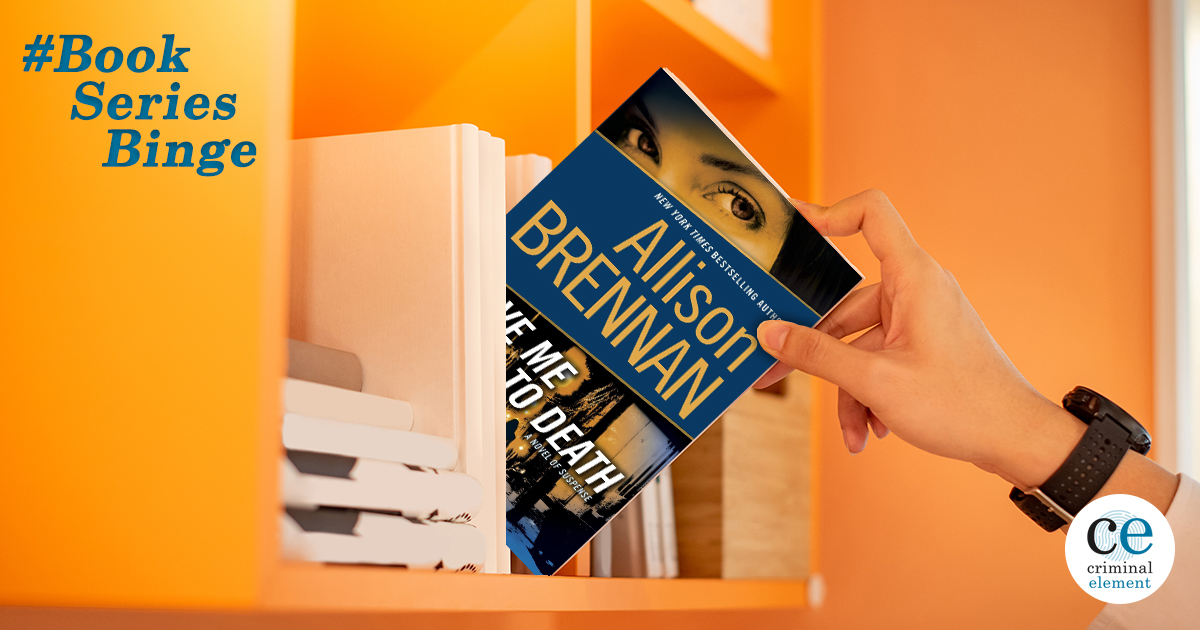 Describe the first time you pictured Lucy Kincaid in your head?

Lucy was a very minor character in one of my earliest books, the much younger sister of my heroine. She literally breezed into the kitchen and breezed out, a carefree teenager. I pictured her as a smart, fun-loving teenager. The next time I met her, four months later, she was tied up in the hull of a boat. All that is backstory to her series. As soon as I was done writing Fear No Evil, I knew that Lucy would have her own series.

Fast forward six story years. . . (three in real life!) . . . when I met Lucy I knew and understood her backstory, but didn’t know exactly how it impacted her. So I wrote a scene as she’s coming back from work. Her sense of being watched, followed, her determination of not letting her past affect her. She persevered and worked through the anxiety, showing me that she is a survivor above all else, but also that she has some deep-seated struggles she still needs to overcome.

Would you like to be a member of the Kincaid family?

I don’t know. . . a lot of bad things happen to this family! But if I was ever in trouble, I would absolutely want the Kincaid’s on my side.

How has Lucy changed since you began the series?

Lucy has grown in two primary ways. The first is in confidence. At the beginning, she was an agent-in-training. She rarely spoke up with her opinion because she always deferred to those with more experience—even if her insight was valuable. Now, she’ll speak up when she believes she’s right or has a unique observation to help solve a case. She’s not afraid to challenge her colleagues or question the status quo. She still has some self-doubt, but she usually overcomes her own fears and stands up for herself and others.

The second is more subtle. She was a survivor from book one—she survived an unthinkable crime as a high school senior, but her first “lead” story was six year later when she was applying to the FBI Academy. The repercussions from the past were both big and small, but it was the small things—the emotional struggles—that she dealt with over time. To feel she was worthy of being loved. To believe she had something valuable to offer over and above her own violent experiences. To trust her judgment and accept that while bad things happened to her, she could use that to be a stronger person and a better agent. Over sixteen books she’s developed a sense of peace about her life and her relationships that has made her a happier person.

Has your character changed in unexpected ways since Book 1?

Lucy has always been a by-the-book person. She was raised by a military father and her family all works in the military or law enforcement. She believes in the system. Her boyfriend (now husband) has always worked outside the system and doesn’t have the loyalty to the system that Lucy has. I expected that these differences would create problems for them—and to some degree they did. But what surprised me the most was how Lucy started to bend the rules, that when she was confronted with doing the right thing even if it got her in trouble, she would always do the right thing. She still believes in the system, but she’s found ways around it that sometimes surprise me. She’s become more like Sean than Sean has become like her, at least in their world views.

Describe Lucy Kincaid in one sentence.

A loyal, smart, determined FBI Agent who’s not afraid to bend the rules for justice.

How would Lucy Kincaid describe herself?

Hmm, that’s a bit harder. Lucy doesn’t like introspection. In the earlier books, she would have called herself “broken,” “damaged”, and “driven.” Now she would say that she’s still driven, but she doesn’t see herself as broken, and instead sees herself as a team player who will always stand up for those who can’t stand up for themselves. 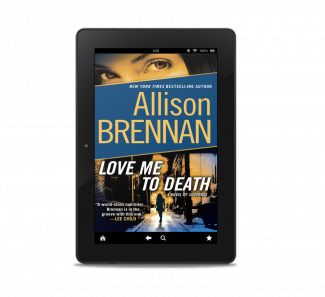 **Deal Alert: The eBook of Love Me to Death by Allison Brennan is only $2.99! Get your eBook here!

Get the latest Lucy Kincaid novel, Cut and Run, right here or at the retailers below.