Book Review: The Wife and The Widow by Christian White

January 21, 2020
The Wife and the Widow is the second standalone thriller from author Christian White, where two women seek to uncover the dark secrets of their husbands. 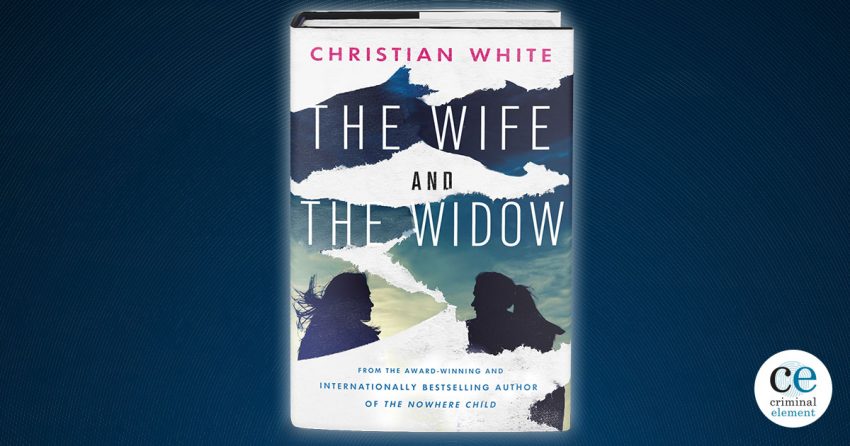 Kate Keddie’s smooth, predictable life careens off course when her husband, John, doesn’t return from a medical conference in London. A conference, she quickly discovers, he never attended. For a job he hasn’t had in months.

The bigger question was where had John been for the past three months? Nausea swept through her system. Her body felt off balance; some parts were numb, others were aching. Her chest was tight. She fluctuated wildly between feeling scared for her husband and feeling furious at him, between wondering where he was, and where he had been.

If he wasn’t going to work each day in the fresh shirts Kate had ironed and left out for him, where was he going? How was he spending his days? Who was he with?

‘When you talked to him, did he give you any indication something was wrong?’

If we don’t talk about the monsters in this world, John’s voice whispered, we won’t be ready for them when they jump out from under the bed.

Abby Gilpin has noticed some odd behavior from her husband Ray. Clients of his caretaking company ask why he hasn’t come by to clean up their property, yet he claims to have spent the entire day doing just that. Daughter Lori heard him crying in the bathroom late at night. And Abby found his boots and freshly laundered clothes shoved in the trash.

The point connecting the two lines of Kate and Abby’s lives is Belport Island, where John and Kate have a summer home, where Abby and Ray live year-round. John has never liked Belport; Ray longs to escape it.

So why did John return to the island? And why is Ray acting so strangely? Do the answers lie in the men’s past?

‘Sleep is a funny thing. When you don’t get enough, it can do crazy things to the mind. After a month or two of barely any sleep, John started having hallucinations.’

‘What kind of hallucinations?’

‘He’d hear whispers that weren’t really there, see dark shapes and shadows out of the corner of his eyes. Then he started to see the Visitor. That’s what John called it.’ Fisher swallowed an invisible obstruction in his throat before he continued. ‘The Visitor would come mostly at night. He would stand in the corner of John’s bedroom, watching him. I asked John to draw him for me once. He drew a man in a long black coat. There was a big crack in his face, and falling out of the crack were dozens of—’

‘I found a notebook in the house. I’m sorry, I should have shown you, I just… Anyway, it’s in my room. All these drawings of a man with moths coming out of his head. It’s the same.’

‘No,’ Fisher said. ‘Back then, they were caterpillars.’

A sudden chill crept up her spine.

The Wife and the Widow — White’s follow-up to his award-winning debut, The Nowhere Child — is, on the surface, a deceptively simple and familiar story. But looks, as Kate and Abby discover, can be very deceiving. White has more than one shocking twist ready to trip the unwary.

But don’t make the mistake of assuming this is a story overly-reliant on a gimmick, like the later movies of M. Night Shyamalan. Here, the twist only amplifies a solidly constructed, emotionally moving, and deeply compelling story told with beautiful yet straightforward prose.

White’s characters are complex and real, varied in their behavior and motivations. Abby is no-nonsense and practical, with a cheeky sense of humor around her teenage children and husband, a sturdy woman with a passion for true crime and taxidermy. In stark contrast, Kate is shy and emotional, a wealthy stay-at-home mother to a blunt and well-informed little girl.

Passive to the point of invisible, Fisher had called it. The accuracy of it stung. She was the agreeable assistant, the easy-going supporter, the designated driver. It kept her safe. It meant that she had spent the better part of the past two decades living inside a cocoon. It was a comfortably appointed cocoon, warm and safe, and she would have been happy to stay there forever. But since the airport, since the police station… the walls of her cocoon had been weakening. What would emerge from within?

The mystery unfolds slowly at first, as each woman uncovers more and more unsettling details. With John’s visions of the Visitor and the eerie emptiness of an off-season island for a setting, there’s an otherworldliness to this story that leaves quite an impact.

The themes The Wife and the Widow explores are equally impactful; from the obligations of honesty and responsibility to the bonds between parents and their children, wives and their husbands. But its central tenet remains: How well do we know the people we love? What darkness lies beneath the surface, and is it better to bare it or keep it hidden forever? Can we live happily with secrets — or do they ultimately destroy everything?

White, to his credit, doesn’t give us simple answers. This is a murky tale from the first page, and that unease lingers long after the book is finished. Once again, White has delivered an impressive, cinematic chiller that demands a re-read if only to fully appreciate the mastery of its construction.