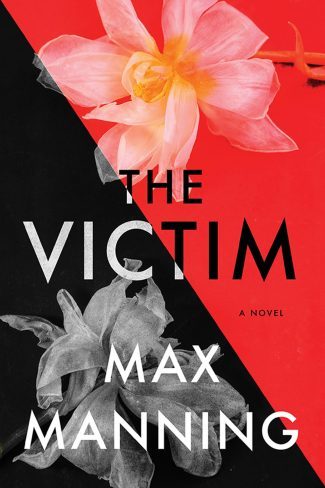 In Max Manning’s The Victim, Gem Golding is ambushed by a stranger with a knife in an empty parking garage. Now part of the creep’s twisted game, Gem must choose—surrender or fight.

If you love fast-paced thrillers and are looking for something a little different, The Victim may be just the thing to get you out of your reading rut. When Gem Golding stops at a London shop (in a not so great part of town) to get some painkillers on the way home one night, she’s not prepared to be the victim of a violent carjacking.

The man puts his mouth to Gem’s ear. “Keep your mouth shut. Do what you’re told, and you won’t get hurt. I only want the car.”

He takes his hand away, and she sucks in the cold night air. He grabs both her wrists again and twists the skin. She grits her teeth to stop herself from crying out. Her heart thumps hard against its cage, and her mind races. He can have the car. It’s only a car.

It is only a car, and it’s not worth dying over. Gem doesn’t plan on dying, but she also doesn’t plan on letting this jerk get away with this. She makes a point of remembering what he looks like so she can give a thorough description of the guy to the police. At first, when she becomes compliant, she thinks he’s ready to leave and let her go, but then he threatens her with a knife. It’s obvious he’s enjoying her fear, and he soon introduces a sexual element to his threats, running his fingers inside the waistband of her pants. He tells her to get down on the ground and not move until he leaves. But she does.

It was only when the BMW screeched to a halt and started to reverse at speed that she remembered his warning. “Don’t move until I’ve driven away.”

Gem is subsequently badly injured but survives, and chapters labeled Surrender continue this Gem’s story. She’s referred to as Gem the Victim from then on.

In an alternate storyline a la the 1998 film “Sliding Doors,” where a woman’s life takes two very different turns after one fateful decision, Gem fights back, and gets the best of the bad guy…at least for the time being. Her story is continued in chapters labeled Fight and she’s referred to as Gem the Warrior. I’m not going to give away exactly what it is that she does to him, but it’s a fitting contrast to Gem the Victim’s fate, and it’s a hell of a satisfying scene.

In both scenarios, a team of cops, DI Elliot Day, who’s dealing with a nasty divorce and custody fight, and DS Cat Shields, his new partner, are on the case. The perpetrator got away in both storylines, and finding him proves to be harder than they thought. Meanwhile, Gem deals with the fallout of the crime along with her annoying and controlling boyfriend, Drew, a lawyer who is eager for Gem to give up her day job and stay home and have babies.  Victim Gem is eager to get back to work, but work isn’t eager to have her back. Turns out that getting injured in a robbery, and the subsequent attention, makes her firm very uncomfortable. On the flipside, Warrior Gem isn’t at all eager to get back to work. Both Gems struggle with their decisions, and Manning does a good job of exploring the often-conflicting advice people get on how to react if they’re confronted by violence.

Meanwhile, an opportunistic reporter seeks to exploit Gem’s story for his own gain, and the genuinely vile bad guy isn’t happy that Gem didn’t suffer as much as he wanted her to. He’s very determined to remedy that situation.

Manning juggles the storylines with ease, but it does require the reader’s attention to keep up with them both, and he keeps the suspense level high, throwing more than a few surprising twists into the mix. This clever and fast-paced read is the perfect summer thriller, and the final pages will leave readers breathless.