March 9, 2022
Reavis Z. Wortham's new atmospheric novel follows Texas Ranger Tom Bell as he cuts a swath of devastation through the heart of East Texas in search of the consortium behind a lethal land-grab scheme. 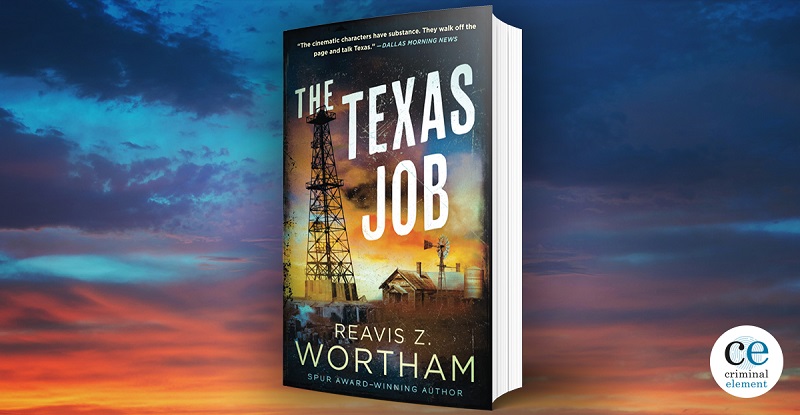 Texas Ranger Tom Bell has barely ridden into the outskirts of the East Texas town of Pine Top when trouble comes looking for him. Flagged down by a local kid who claims to have found a dead body, Tom is, of course, obliged to investigate, never mind that he’s there on a mission to apprehend a wanted killer named Clete Ferras. The kid, Booker Johnston, leads him straight to a woman who’s been shot to death out in the brush. While finding her was certainly unexpected, an even nastier surprise is in store for Tom and Booker when someone starts shooting at them while they’re examining the corpse.

Tom returns fire, catching sight of the shooter only long enough to confirm that it isn’t Ferras, before getting himself and Booker safely out of harm’s way. In town, he reports the murder and assault to local Sheriff J. L. Dobbs, whose fine duds speak to a lack of willingness to get his hands dirty. Sheriff Dobbs half-heartedly accepts the report and points Tom in the direction of the oil rigs that have sprouted up like mushrooms in the East Texas rain. Plenty of roughnecks have come looking for work with the region’s recent oil boom and Dobbs declares his certainty that Ferras will be among that crowd if he’s in town at all.

Shrewdly deciding that Dobbs isn’t going to be a whole lot of help, Tom deputizes young Booker and his friend Hut Parsons, and has them give him the lay of the land in addition to running small, safe errands for him. Since the first prospector struck oil, Pine Top has gone from being a quiet farming town to a place of easy money and uneasy development, filled with rigs and newcomers looking to capitalize off of the area’s newfound wealth. Finding Ferras could feel like searching for a needle in a haystack even with a competent sheriff on Tom’s side. Fortunately, he has some help in the presence of fellow Ranger Enrique Delgado, sent earlier to bring order to the worst excesses of this boomtown. Unfortunately, Pine Top has a far more insidious criminal problem than either Tom or Enrique anticipated.

Ferras has fallen in with an unsavory element determined to swindle the local small landowners out of their holdings or worse. After paying one hard-bargaining cotton farmer a reasonable price for his land, Ferras is informed by his cohort that all kinds of bad things can happen to down-on-their-luck farmers and their families:

“What kind of things?”

“Well, I read in the paper here-while-back that a man killed his wife and kids, then himself when he realized he’d lost the family farm and they were going to be living in a tent camp somewhere.”

“Yep. Shot ‘em every one and then burned the house down on them all. Happened out there around Guymon, Oklahoma, I believe.” He and Ferras exchanged a knowing look. “Come out here and get that cash back tonight, and I don’t care how you do it.”

Ferras has proven himself willing to kill more than once already, but will Tom be able to stop him before he adds even more victims to his body count? As Tom tracks down his man, he discovers that the operation Ferras is involved with reaches further than he ever imagined. The Ranger is ready to dismantle the whole cabal, but what price will he be willing to pay to do so?

This is a really terrific Prohibition-era Western that examines a chapter in the life of fan-favorite Ranger Tom Bell as he seeks to bring justice and the law—but mostly justice—to boomtown Texas. I can see why Tom is so popular, inclined as he is to treat people fairly regardless of their skin color or social class. He’s just as capable of using his wits and charm as his guns and is determined to stop evildoers without becoming one himself, no matter how tempting the situation. All this is written in a visceral, almost cinematic style that feels truly immersive, especially in Tom’s viewpoint chapters:

A second man, twice as large as the first, ducked back out of sight, allowing the third to step forward and raise a Colt .45 semiautomatic. Thunder rolled from the big pistol as the stranger pulled the trigger as fast as he could, apparently hoping that a steady stream of lead would overcome my response.

Flashes like lightning filled the room, freezing the action in a sequence reminding me of a flickering picture in a penny arcade.

This atmospheric Western had me feeling like I was back in 1930s America at that particular comingling of wildcat oil boom with speakeasy glamor. It was a fun ride with a stellar cast, whose emotional setpieces moved me more than once. Based on true events, books like The Texas Job entertain while also showing how far we’ve come as a society, as well as how far we still need to go.