Book Review: The Other Me by Sarah Zachrich Jeng

August 30, 2021
In Sarah Zachrich Jeng's debut novel, The Other Me, protagonist Kelly Holter has two lives. The one she wanted. And the one that wanted her... 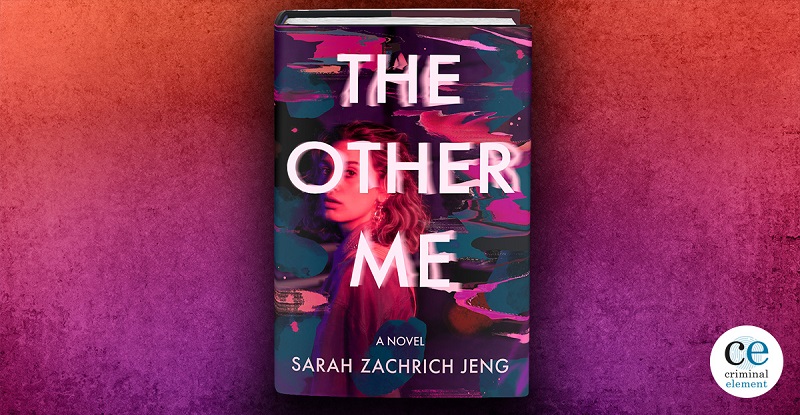 If life gave you the chance to start over, would you take it? What if that chance wasn’t a choice, but forced upon you? The Other Me, Sarah Zachrich Jeng’s debut novel, follows the unsettling experience of a woman named Kelly Holter whose life is turned upside down when she steps into the bathroom at an art gallery one night and exits into another world.

Blood pounds in my head, shadows encroaching on the edges of my vision like mold growth in a time-lapse video, covering my eyes as I run the last few steps to the door.

I open it into another life.

This other world is her own, but it’s also not. Kelly’s new life is entirely familiar and entirely different at the same time. Her family and her hometown are unchanged, however, every other facet of the past twenty years has been altered. She has gone from living the urban life of an artist in Chicago to living as a housewife in suburban Michigan. From enjoying the nightlife of a single woman in the city to a woman married to someone she remembers from high school, but thought she barely knew. Kelly’s new life comes with years of memories of its own that pour into her brain, and these two worlds are at war inside her.

He crosses the kitchen, puts his hands on my shoulders, and kisses my forehead, and waves of emotion wash over me in a way that’s becoming familiar: the urge to nestle into his arms, the urge to squirm away.

The doubt she feels with her husband continues to plague her, but he seems to truly love her and there are photos and memories that align with everything he says. Kelly begins to question her own mind and wonders if the only path forward is to accept that this new life was always hers, and her time in Chicago nothing more than a lapse in sanity. However, tiny things continue to eat away at her—glimpses of memories that don’t seem to fit into either lifeline, secret phone calls that disturb her husband, and unexplainable shifts within her current reality—things that seemingly shouldn’t ever occur.

Something flickers through my mind, the feeling of things shifting, and from the bottom of my eye I seem to see color springing up on my arms, then disappearing. The photos blur.

Dizzy, I drop into a chair and press the heel of my hand to my forehead, trying to massage away the headache blooming there. When I look up, the gallery is the same as it was last Sunday. I stare at the photos, daring them to change again. Were they really different when I came in here, or was it all in my head?

Kelly can’t let go of the sense that something isn’t right, that maybe something was done to her. As she starts to peel away at her life, and her marriage, she finds that things in this reality might not really be as they seem. Eventually, the puzzle pieces start to come together, and as they do Kelly realizes that she might be in danger—and the husband that she loves, in this life, might have put her there.

Jeng’s novel intricately weaves together two worlds and makes the reader question throughout whether the narrator is a victim of her own mind or something more sinister. In her premiere novel, Jeng builds a unique narrative, complete with compelling characters and continued suspense at every turn. The Other Me is not one to be missed and will keep you on the edge of your seat until the very end.