Book Review: The Next to Die by Sophie Hannah 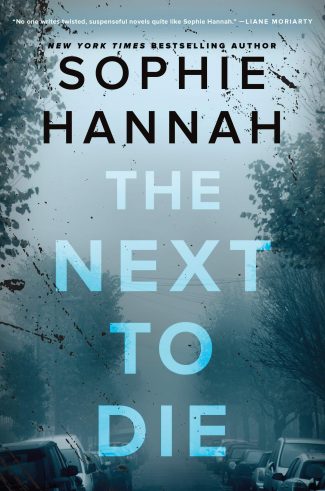 The Next to Die

In Sophie Hannah’s new psychological thriller, The Next to Die, a serial killer dubbed by police as “Billy Dead Mates” targets pairs of best friends, killing them one at a time.

New York Times bestselling author Sophie Hannah may be known best stateside for her novels featuring Agatha Christie’s iconic detective, Hercule Poirot (the most recent of which, The Mystery of  Three Quarters, was published last August), but she’s been an indomitable force within the international literary landscape for two decades. In addition to her ongoing series of crime fiction featuring detectives Simon Waterhouse and Charlotte “Charlie” Zailer, she’s written standalone suspense, short stories, poetry, and non-fiction which has been published in 49 countries and adapted for television. Hannah’s newest, The Next to Die—titled The Narrow Bed in her native UK—may rank as one of her wisest, wittiest whodunits to date.

Check out a review of Sophie Hannah’s The Mystery of Three Quarters.

As the story opens, readers are introduced to stand-up comedian Kim Tribbeck, who finds herself at the center of a bizarre criminal investigation into a string of killings attributed to an UNSUB known as “Billy Dead Mates.” This much-maligned moniker references the victims as much as their assailant: (three) pairs of best friends who have been targeted for reasons unknown; each received a small white book containing a line of poetry prior to their death. When this fact is made public, Kim vaguely recalls having been given just such a book following one of her gigs. So why is she still alive when others are dying at an alarming rate?

Detective Simon Waterhouse and his squabbling colleagues are on the case, and they’re feeling the heat of their collective non-results. The diligence/desperation dance necessitates an outreach to seemingly peripheral figures, including a feminist blogger, Sondra Halliday, who has her rabid readers believing the killer is a misogynist (despite the fact that one of the victims was male). Meanwhile, Simon’s wife, Charlie, has been tasked with escorting Kim—a recent divorcee with a socially ambiguous ex-lover and a complicated family situation—to her various touring venues in an attempt to establish just where she was presented her little white book; it may be a long shot but any lead is preferable to continued stagnancy.

While the central plot stands alone, the inclusion of Simon and Charlie allows for a continuation of their ongoing story arc. Both have evolved in their personal and professional lives—for instance, Charlie has tamed some of his eccentricities—though the two continue to overlap, given the circumstances of their work and shared acquaintances. Here, Kim becomes Charlie’s unlikely accomplice in sleuthing as Charlie endeavors to unearth her sister’s secret; said sister had been involved in an illicit affair with a married cop, which she claims has ended, though their duplicitous actions suggest otherwise. This non-essential thread nevertheless has bearing on Simon and Charlie’s marital dynamic as well as Charlie’s ability to bond with Kim as they pursue “Billy Dead Mates.”

A fun, farcical, and fiendishly clever mystery that never takes itself too seriously despite its complex undertones.

The narrative unfolds through multiple perspectives, (m)any of which can be considered unreliable. These include: Kim’s, via extracts from her as yet unpublished memoir, Origami; Sondra’s, via blog posts and responses to readers; and more traditional third-person segments chronicling the ongoing investigation and the investigators’ involvement with the aforementioned characters (and a gaggle of others). Confusion and confoundment abound, though there’s a cunning cohesion to it all that is revealed in a suitably dramatic denouement showcasing Hannah’s sheer storytelling sleights of hand. Indeed, the conclusion is a revelation even as you realize the clues were there all along.

The Next to Die is a fun, farcical, and fiendishly clever mystery that never takes itself too seriously despite its complex undertones. The readers best served, then, are those who surrender themselves completely to the author’s control. If books still hold the power to ignite our passions and prejudices, Sophie Hannah is a spark of the sublime.