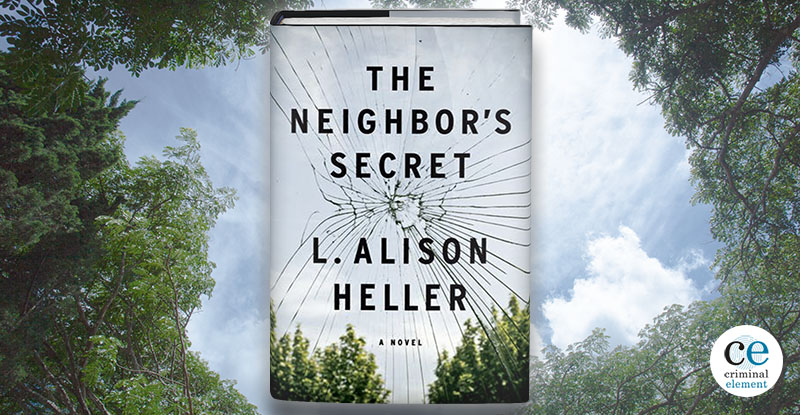 Lots of people have attempted to replicate Liane Moriarty’s best-selling formula for success, but this is by far the best American novel version I’ve yet had the pleasure of reading! Told from shifting third- and first-person perspectives, with the occasional hilarious email punctuating the proceedings, The Neighbor’s Secret examines the lives of several residents of the Cottonwood Estates, a relatively affluent subdivision that is home to Annie, Lena, Jen, and the book club that brings them closer together.

The monthly book club is a big part of Cottonwood Estates’ social life, especially for the adult women. While Annie, Lena, and Jen all live on the periphery of their neighborhood’s teeming social milieu for one reason or another, book club is their main way of connecting. Jen, especially, uses book club as a shield from criticism over her dire lack of social activity otherwise:

Jen trotted out her book club membership when she wanted to appear normal. Jen’s mother fretting aloud (again) about how Jen didn’t have a support system since the move? I’ve met some lovely women at book club, Mom!

[Her husband] Paul breezing in from a business trip with stories of the outside world and pausing to ask gently if Jen talked to anyone, anyone at all while he was gone, about something other than [their son] Abe?

Jen’s preoccupation with young Abe’s mental health often leaves her too exhausted to function. So she’s thrilled when he seems to be building a genuine friendship with Laurel, Annie’s daughter. Annie is also pleased: 14-year-old Laurel has recently turned secretive and disgruntled, but her rebellious instincts have relaxed considerably since meeting Abe. Both mothers have also been quietly concerned that their children might have had something to do with a spate of vandalisms that preceded their friendship, and breathe a sigh of relief when the criminal mischief dies down considerably in the wake of the children’s burgeoning relationship.

It’s actually the vandalism that brings Annie and Lena together, when Annie finds Lena’s graffitied mailbox during one of her daily walks and decides she doesn’t want to let the reclusive older woman be as unpleasantly surprised by the discovery as she was. A friendship quickly springs up between them over books, and Annie soon strong arms Lena into attending book club. But as the three women begin to grow closer and their lives become more deeply intertwined, a series of shocking revelations will result in a violent death that may have ties to another deadly night from over a decade earlier. How far will the women of Cottonwood Estates go to protect their secrets and the children they all fiercely love?

Unfolding as delicately and suspensefully as the most finely crafted puzzle box, The Neighbor’s Secret is chock-full of mysteries that are elegantly solved as the narrative unravels. One of my favorite sub-mysteries was the identity of the narrator who divined the entire truth but wasn’t sure of what to do with the information:

Miss Marple would report it without hesitation. Same with Inspector Gamache, but justice looks a little different off the page.

When I imagine the flash of police lights reflecting against darkened houses, my stomach twists in objection.

But when I think about letting the foothills absorb the secret, that doesn’t sit right either.

I don’t know what to do.

Peopled with relatable characters, this often humorous novel isn’t above skewering the ridiculousness of tony neighborhoods while still treating each individual who’s trying their best as a person deserving of empathy and warmth. Probably the most relatable issue the book discusses is the minefield of modern parenting, and how parents twist themselves into knots to do what’s right for their kids. It also makes a surprisingly strong case for in-person book clubs, that’s almost convinced me to join one once pandemic times are over! L. Alison Heller has definitely knocked it out of the park with this, her third and latest novel.