February 2, 2021
A timeless murder mystery with the fascinating, glamorous Mitford sisters at its heart, The Mitford Trial is the fourth installment in the Mitford Murders series from Jessica Fellowes, inspired by a real-life murder in a story full of intrigue, affairs and betrayal... 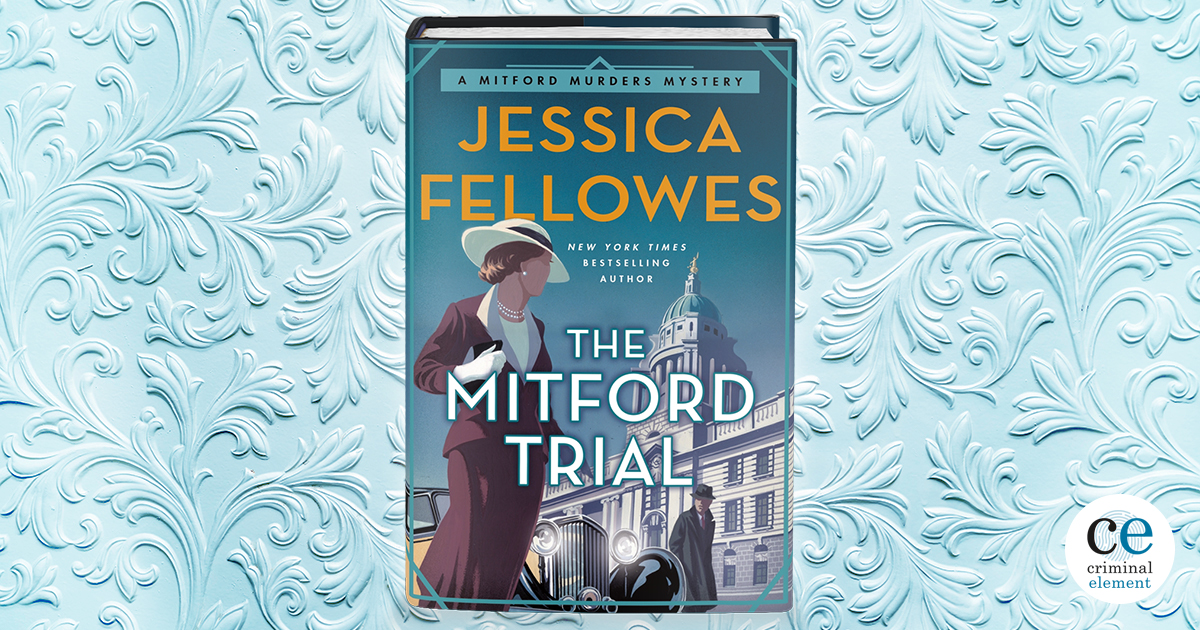 The Mitford Trial is “inspired by a real-life murder.” Jessica Fellowes embeds an actual crime into the narrative of a consequential cruise taken by the two most controversial Mitford sisters, Diana and Unity. The protagonist, Louisa Cannon, was once maid to the Mitford sisters and she’s been and in and out of their lives forever. She’s now an “almost-trained court stenographer,” about to be married to Detective Sergeant Guy Sullivan, with many of the Mitfords in attendance.

Although Louisa had been a maid of some kind for them over several years, the Mitfords were as close to family as anything she had. They maddened her half the time, but she felt she owed something of her happiness to them and she’d wanted them to be a part of her wedding.

Who were the Mitford sisters and what is their claim to fame? Here’s an irreverent, thumbnail explanation of their allure.

They were celebrated and at times scandalous figures, who were described by The Times journalist Ben Macintyre as “Diana the Fascist, Jessica the Communist, Unity the Hitler-lover; Nancy the Novelist; Deborah the Duchess and Pamela the unobtrusive poultry connoisseur”.

Are Diana and Unity relevant today? Without question since pre-World War II England eerily resembles the current political climate in the United States. Fascism was on the rise in England along with increasing admiration for Nazism. Newlywed Guy gets a message from the CID commissioner during his wedding reception: ‘The rally for the British Union of Fascists has begun and the crowds are bigger and more rowdy than expected. Everyone is needed. All leave is cancelled.’ And it’s not just Guy leaving the reception for the rally—Louisa notices Lord and Lady Redesdale in “an animated discussion” with Nancy and Unity. An onlooker tells Louisa, ‘I gather the girls want to join the rally too, lend their support to Sir O.’ That’s Sir Oswald Mosley, “the founder of the BUF and the instigator of the day’s rally.” He’s also the lover of the married Diana Guinness, née Mitford, who also ducks out of the reception early.

Read an Excerpt of The Mitford Trial here!

Guy’s boss, DCI Stiles, while driving him over to the rally, tells him why the police are alarmed. First, more people are expected to attend than anticipated—perhaps over five thousand. Second, plainclothes policemen are “keeping an eye out for any irregular activities on the side.”  They fear the allure of the ascendant British Union of Fascists (BUF). A worrisome conversation ensues between Stiles and one of the two “uniforms” in the back of the Daimler.

‘I don’t like the idea of that many people thinking the BUF has got something to offer them.’

‘Sounds all right to me, if you ask, guv,’ said the man who’d pulled his arm in again. ‘Macdonald’s a shower, isn’t he? A traitor to the Labour party. We need a real leader, someone who believes in the Brits and the working man.’

Stiles looked at the man severely in his rearview mirror. ‘I wasn’t asking you, Kershaw.’

Even after her marriage, Louisa’s life is inextricably intertwined with the Mitfords. After the wedding, Nancy Mitford (the novelist) invites Louisa for tea. She shares some family gossip and then gets right to the point. Her mother is shepherding Diana, Unity, and Decca (Jessica Mitford) on a little jaunt, dropping off Decca in Paris and then taking a cruise with Diana and Unity. Nancy foresees problems.

‘I think you should accompany my mother on the cruise. I know you’re not Diana’s lady’s maid anymore, but perhaps as a sort of paid holiday you could be one for Lady R for a few weeks? It’s simply too much to ask for her to manage Diana, Unity and Decca. You know how they can be.’

Reluctantly, since she has always dreamed of traveling aboard, Louisa turns Nancy down but a few days later she’s accosted (in a scarily low-key way) by a beige bureaucrat who tells her it’s her patriotic duty to accompany Lady Redesdale and her daughters. The British government wants her to spy on Diana—to read her shipboard mail—and to share any information that pertains to the movements of Sir Oswald Mosley. Louisa doesn’t feel as if she has a choice: she relents and tells Nancy she’ll come on board.

Nautical murders are the quintessential closed door ship mystery. Pausing for whole-hearted admiration for Fellowes magical turn of phrase: what a stunning description.

Outside, the horizon had been lost to the darkness, with sky and sea both black as the underside of a dead man’s eyelids. No stars shone and the moon was hidden behind the clouds. Only the white foam that curled away from the sides of the ocean liner revealed movement, as the prow forged through the water.

The cruise is everything Louisa feared—and more. There are two aristocratic Germans on the cruise that are catnip for Unity. Diana is on pins and needles waiting for letters from Sir O—and the other passengers and cruise staff are can’t-take-your-eyes-off-them fascinating. Diana strikes up a friendship with a glamourous, rather sad wife who is involved with a handsome staffer. Shipboard dalliances are nothing new, but the cuckolded husband is not a happy camper. Things come to a head, a man is murdered and unexpectedly, Louisa’s new husband Guy arrives on board. Never a dull moment!

The Mitford Trial is an absorbing mystery with disturbing undertones. Jessica Fellowes brings pre-war England to life beautifully and fortuitously, there are three previous Mitford Murder books to read if you’d like to learn more about the Mitford sisters.

More on the Mitford Murder Series.