Book Review: The Last of the Stanfields by Marc Levy 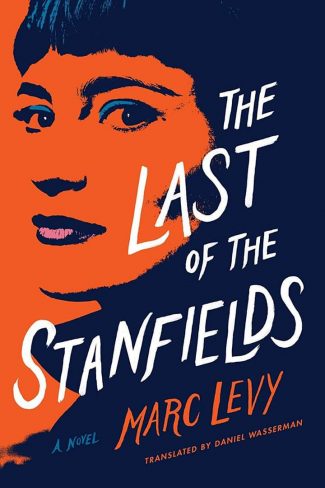 The Last of the Stanfields

A mystery, a love story, and a search through a shadowy past. Two strangers unite in The Last of the Stanfields, a novel of family secrets by international bestselling author Marc Levy, the most-read contemporary French author in the world.

It’s very hard to be novel (excuse the pun) with a mystery plot structure these days, as this venerable genre has been around for quite a long time. The Last of the Stanfields—the latest from prolific and highly regarded French author Marc Levy, translated by Daniel Wasserman—pulls off novelty with ease. While the prose itself doesn’t do anything daring, perhaps suffering a little from having been translated from the author’s precisely chosen words into a language that may not grasp the subtleties of the original, the plot is woven expertly, passing through three generations of narrators effortlessly.

The first narrator we’re introduced to is Eleanor-Rigby Donovan. As you can guess, her parents have a bit of a Beatles obsession; her sister is Maggie Mae, and her brother is Michel. The time is October 2016, and the place is London. Eleanor-Rigby—affectionately called Elby by her family—has received an anonymous letter indicating that her recently deceased mother was once party to a crime. If she were to follow some clues, she might be able to locate a mysterious treasure associated with this unknown crime. To learn more, she has to travel to a seaside tavern in Baltimore, Maryland.

The revelation turns Eleanor’s world upside-down. It’s clear from the details in the letter that the person knows her family very well, so she’s inclined to believe it. She enlists the help of Maggie, despite the letter expressly asking her not to tell anyone else in the family.

Next, we meet Sally-Anne, living in Baltimore in 1980. The quick reader might assume this is Eleanor-Rigby’s mother, but not so fast! Sally-Anne’s account of the beginnings of her crime involves a romantic partner and accomplice, May, who also has a few chapters of her own. The entire book is written in third-person omniscient, so there’s no way to know which one of these women might be Eleanor’s mother.

Sally-Anne and May’s chapters begin as they carry out the first elements of their criminal plan, but then they backtrack to show us why these two young women have elected to commit this crime in the first place. It’s a story of a love affair between the two as they each reject their roots, choosing instead a life of independence and romance in an era where women—especially in the workplace—were undervalued. The #metoo movement is light years away at this point, and the cultural snapshot that Levy includes here is not just a frivolous stab at hooking into our current press for more women’s rights but also personally significant to how these two women develop as characters and how it motivates them to commit their crime.

Last, but not least, is George-Harrison Collins, a man living in Canada in 2016. He’s also received an anonymous letter about his mother, who is still alive and living in a nursing home. She’s in the later stages of dementia, and he’s been trying for years to learn from her who his father is. As his mother’s memory fades, his need to know becomes more urgent, and the letter feels—at least to him—like a new clue in the biggest mystery of his life. He’s sent to the same Baltimore tavern that Eleanor was sent, and after a bit of a rocky first meeting, the two of them discover another important clue together.

The beauty of this novel is that the story is too big for one person to tell, and I love that it doesn’t even try to attempt that. Instead, we get bits and pieces of the story from several points of view: Sally-Anne, May, their sometimes-lover Keith, George-Harrison, Eleanor-Rigby, Michel, Eleanor’s father, George-Harrison’s mother. It’s a patchwork story that somehow makes you feel like you’re sitting right alongside Eleanor and George as they go from clue to clue, gathering stories from many sources as they each try to piece together who their mothers were—and in turn figure themselves out in the process. You’ll find yourself staying up way past your bedtime (I certainly did) just so you can find out what the next clue is, the next piece of the puzzle that may or may not be the piece that finally shows the bigger picture. As one character, Professor Morrison, says, “Patience now, patience. All will be revealed.” And you will be well satisfied when it is.