March 8, 2022
The third novel in Katrine Engberg's Korner and Werner series finds the two detectives searching for a missing teenager. What they soon uncover is a web of lies that has threatened his life—and may prevent him from ever being found. 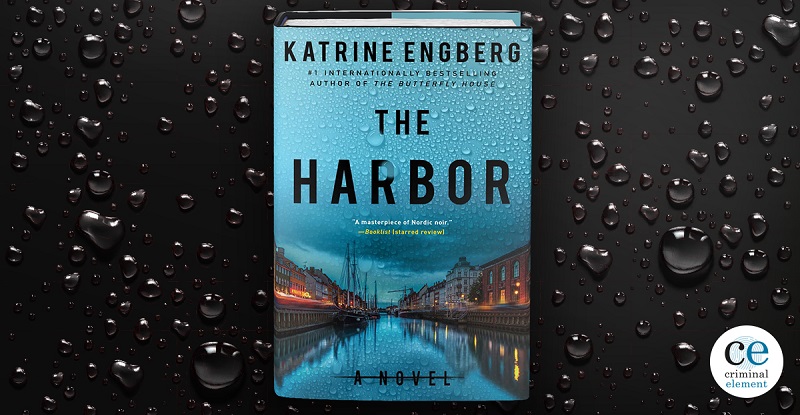 It’s a pleasant Saturday morning when our heroes, Violent Crime Unit Detectives Jeppe Kørner and Anette Werner, are called in from their day off to investigate the disappearance of a teenager. Both detectives are baffled by the summons, as teenagers are notorious for disappearing on a Friday night only to show up later in the weekend somewhat the worse for wear. But fifteen-year-old Oscar Dreyer-Hoff is the son of a prominent Copenhagen family and not the kind of kid to just take off without telling anyone. Even more seriously, a cryptic ransom note has been found, spurring the local authorities to take action:

First wave of the search operation was up and running. A team of officers was looking through digital channels, doing door-to-door searches in the neighborhood and calling Oscar’s relatives and classmates. The second wave would take an hour or so to activate. Canine patrols, helicopters, and media assistance all took longer to set in motion. They had decided to sit on the letter and their suspicions regarding kidnapping, at least initially. Until one knows the kidnappers’ demands, it can do serious harm to involve the rest of the world in the situation.

As the hours pass without any sign of Oscar, our detectives begin to fear the worst. Both are hampered somewhat by their personal troubles as well. Jeppe is trying to navigate his relationship with his co-worker and now girlfriend, Sara Saidani, and perhaps more importantly with her two young daughters. Eleven-year-old Amina, in particular, seems determined to be as obnoxious to him as possible.

Meanwhile, Anette finds herself inexplicably attracted to Mads Teigen, the solitary keeper of Trekoner Sea Fortress, one of the islands where Oscar may have disappeared to. Since the birth of her daughter Gudrun, her relationship with her husband Svend has changed, and not necessarily for the better. Is her insistence on keeping Mads company while they head search and rescue teams in the Øresund strait strictly professional? Or is it the harbinger of events that could shatter her family life for good?

Family matters are foremost in everyone’s mind as Jeppe and Anette seek to untangle the web of half-truths surrounding what was going on in Oscar’s life that might have compelled him to run right into the arms of someone willing to exploit him for personal gain. But when a body is found, nearly crushed in the compacting claw of Copenhagen’s newest high-tech municipal incinerator, all personal issues must be set aside at least temporarily in order to uncover the truth surrounding the disappearance of this troubled young man.

Ably translated by Tara Chace, Katrine Engberg’s The Harbor continues the terrific Kørner And Werner series with both a chilling tale of crime, and a sensitive exploration of troubled souls under immense pressure to hide their weaknesses. One such person is Kasper Skytte, the process engineer who finds the body alongside his crane operator co-worker. He already has way too much on his mind even before a corpse at his workplace complicates matters almost unbearably for him:

He shouldn’t. He had promised himself he would lay off. But the idea of turning the computer on grew in his head, until he could hardly read the numbers on the paper in front of him. If he logged in, it would be easier afterward, then he could stay off it for a while. Kasper felt a burning sensation in his body like an inflammation that spread from his stomach through his bloodstream out into his skin, making it tremble. He fetched his laptop, breathlessly logged in, and felt the world falling back in place.

Ms. Engberg knows how to depict deeply flawed yet still eminently human and relatable characters, even as she brings us on a non-stop thrill ride through Copenhagen’s seamy underbelly. Another of her fictional creations, writer Esther de Laurenti, reappears here to unwittingly assist our detectives in their investigations, even as she too grapples with what it means not only to age but to watch a loved one succumb to illness. This series perfectly balances Scandi-noir crime with heartfelt family drama (even if I do think that Jeppe needs to try a little harder!). Highly recommended for fans of the genre.