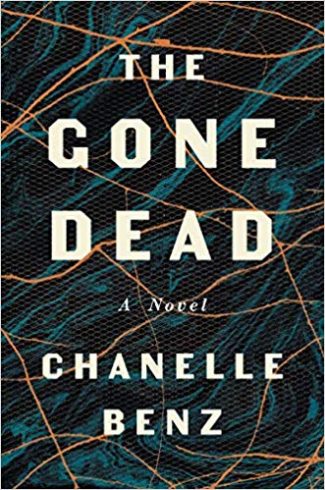 The Gone Dead by Chanelle Benz is an electrifying first novel from “a riveting new voice in American fiction” (George Saunders): A young woman returns to her childhood home in the American South and uncovers secrets about her father’s life and death.

This house was once a house.

Heard the knock of white men looking for a boy hiding at his uncle’s house, heard shots in the night, far off but always too close, and heard weeping, too much weeping too damn much of the time.

Once there was only the rumble of thunder, split of rain, pulse of locust, the sounds day makes turning over into night. I heard tell of an army of wretched people, hardly clothed, who cleared the brake and swamp and panther, who built and served and escaped only when they died. Their children came here to sweat out the demons that are carried in the body.

This girl she comes wanting to know about a night in 1972 when the Isley Brothers were panting paradise for their queens and the Detroit Emeralds were asking all those babies to let them take them into their arms. But what can these walls say? Listen, girl, everything you want to know is near, telling itself over again, the song is on repeat.

When Billie James – daughter of a white scholar mother and a black poet father – was four years old, her father, Clifton James, died in their backyard. Everyone says it was a tragic accident. That he had a little too much to drink and fell. Hit his head on a rock, fell into a coma, and slipped away before any help could be called.

But when Billie returns to the Delta thirty years later to claim her inheritance, that ramshackle house where her father died, she learns something surprising.

She went missing the night her father died.

“You’ll never be white enough or black enough for some people.”

Billie sat up. Her mother had never said that.

“I know. But what can I say?” Her mother pushed up her sleeves, the veins in her arms red and swollen with collapse. “We didn’t want it to be a burden. We wanted it to be beautiful, and it was… Well” – her mother shifted under the blanket to reach for her glass of lemon water – “at least I get to die high in bed.”

Her mother was a medievalist specializing in the Black Death, Chaucer, the Jacquerie, the pillaging free companies, the Hundred Years’ War – even small talk with her could be morbid.

“I thought we would be pulled over one night on a dark and empty road and made to get out of the car just like in the other Philadelphia.” Her mother would return to this until she stopped speaking. “It was war in Mississippi.”

“I’m so glad you were asleep,” her mother said, looking out at the balcony. “But where did you go after that?”

Was that it? Had Mom been trying to tell her that she had gone missing?

Disturbed by the implication that something else happened the night of her father’s alleged accident, Billie begins digging. She seeks out those who knew her father back in ’72. The old friends, old girlfriends, old neighbors.

And at every turn her Uncle Dee is discouraging, upset, close-mouthed. And the McGees, the closest neighbors whose lives have been intertwined with the James family since slavery, seem to be keeping secrets from her.

Along the way, Billie learns more and more about her father, the nebulous figure she hardly remembers but constantly mourns, and his work as both an artist and an activist. Now older than Clifton James ever was, she comes to realize just how dangerous the South is if you’re black, even in 2003.

“You don’t want to be hanging around with folks still mad they lost the Civil War.”

Billie almost spits out her whiskey. “Oh my god.”

“Maybe they don’t know it’s the Civil War they still mad about… You laughing, but nowadays, folks think they ain’t racist ‘cause they got a black friend at work. But we ain’t friends when I’ve never sat down to a dinner you made me at your house. No girl, we just need all that hateful trash gone and then Mississippi would be all right, black folks could finally heal.”

“Don’t you think a lot of people need to heal?”

Billie tosses the stick into the grass. “You know how it is around here better than me. But I can tell you one thing, death doesn’t heal.”

Chanelle Benz’s debut novel isn’t, strictly speaking, a mystery. There are plenty of secrets to uncover, yes, that surround a tragic death. And with each new detail uncovered, Billie is able to finish the puzzle of a past she can’t recall.

But it’s much more than a story about one man’s death. It’s equal parts elegy for civil rights activists cut down in their prime and searing condemnation of a broken, violent system that always stacks the odds against black men and women, where the power to tell the official story always rests squarely in the hands of white men.

And Benz does it via an unconventional format: through the perspectives of half a dozen characters – the guilty, the determined, the heartbroken, even an inanimate building. The prose sways from present to past tense, from the “now” of 2003 back to 1972.

The bulk of the story has a Southern Gothic tone, and then, through Billie and her education from a medievalist mother, there are flashes of Chaucer, knights, and flawed kings, which lends Billie’s search for answers the air of a Grail quest.

We hear Clifton through his powerful poetry while the unique, varied voices of a scholarly professor, beaten-down uncle, and a girlfriend on a holy quest for justice all ring with authenticity.

The bulk of the story has a Southern Gothic tone, and then, through Billie and her education from a medievalist mother, there are flashes of Chaucer, knights, and flawed kings, which lends Billie’s search for answers the air of a Grail quest. “This place is all longing and water and ghosts,” says cousin Lola, while Billie herself muses that “words have blood in them; they can make fate take shape when they pass from a mouth into a heart.”

Benz deftly shifts from evocative dialogue to haunting yet beautiful descriptions of a town struggling to survive the double burden of poverty and racism with short, succinct chapters that keep the action moving at a steady pace. While we’re shown brief flashes of introspection, most of the characters’ inner lives remain enigmas, allowing their actions and words to speak for them.

The Gone Dead is a powerful, layered read. It never flinches from the truth about violence and hatred. About how so many can be culpable in a single death. Or how dozens of lives can be irrevocably damaged in the aftermath. This is a book that promises to linger – in sharp turns of phrase, in defiant anger, and in poignant imagery.