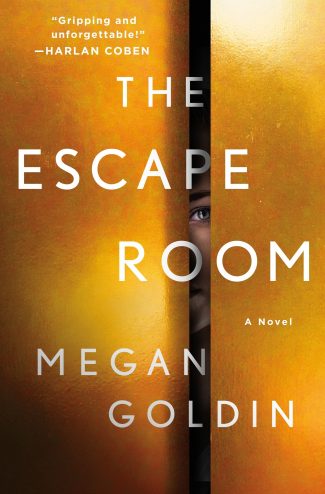 Cryptic quotations make me wonder how the quote illuminates the plot. Where is Megan Goldin going with this famous Sun Tzu aphorism: “The supreme art of war is to subdue the enemy without fighting?” Particularly since it follows on the heels of a poignant dedication.

For every one who has ever been made to feel powerless, trampled upon, or scorned, this book is for you.

It’s the dead of night in New York City but sanitation workers, 24/7 diners, cabbies, and cops are on the job, as are security guards: “It was Miguel who called 911 at 4.07 A.M. on an icy Sunday morning. The young security guard spoke in an unsteady voice, fear disguised by cocky nonchalance.” Miguel is “guarding a luxury office tower in the final stages of construction.” It recalls London’s Canary Wharf or NYC’s Hudson Yards.

The office towers aren’t inhabitable, yet Miguel hears screams, sees the “backlit green fluorescent light of an elevator switch,” and, terrifyingly, jumps at a “loud crack” followed by two more gunshots. While the police are checking things out, they hear “the unmistakable sound of a descending elevator.” The doors open to the stuff of nightmares, especially for Miguel.

He glimpsed blood splatter on the wall of the elevator. He took one more step. Finally, he could see inside the elevator. He immediately regretted it. He’d never seen so much blood in all his life.

Late Friday afternoon, thirty-six hours earlier, four co-workers, team-leader Vincent, Sylvie, Sam, and Jules, are told to meet up in the South Bronx. They work for a financial firm, Stanhope and Sons, where they’re all high flyers, with all the rollercoaster that that entails. They enter an elevator which inexplicably goes dark. Black humor from Jules.

“Maybe the firm is locking us up in here until we resign voluntarily,” Jules said drily. “It’ll save Stanhope a shitload of money.”

Vincent tells them it’s “an escape-room challenge” where, Sam says, “you’re locked in a room and have to solve a series of clues to get out.” It’s a corporate team-building exercise that starts on the eightieth floor… until it isn’t. The elevator stops, and a message appears.

WELCOME TO THE ESCAPE ROOM.

YOUR GOAL IS SIMPLE.

Who’s involved? What’s the backstory? Who has reason to hate them—they’ve certainly given Stanhope and Sons amazing value (hint: in Stanhope’s internal culture, the word value substitutes for money) over the years. They’re responsible for headlines like “Toys R Us: Another Private Equity Casualty” and catch-phrases like “stripped for parts.” No one at Stanhope gives a toss if the team’s high-wheeling financial machinations result in plant closures or layoffs—only the bottom-line counts. Why would Stanhope want them to “resign voluntarily?”

“Why get rid of us? We’ve always made the firm plenty of money,” Sylvie said.

They’d failed to secure two major deals in a row. Those deals had both gone to a key competitor, who had inexplicably undercut them each time. It made them wonder whether their competitor had inside knowledge of their bids. The team’s revenue was lower than it had been in years. For the first time ever, their jobs were vulnerable.

One senses the four have a lot in common with rats fleeing a sinking ship: they all want to be back living their heady, extravagant lives, like meeting a beau in Paris (Sylvie), or joining the family for a luxury vacation in the Caribbean (Sam), but first they must get back on terra firma.

Time to start solving clues but in the “sterile, spotless, and empty” elevator, where are they? They spot the first on a crumpled up gum wrapper. Vincent reads it: “The Latin word for nephew,” he read out loud, “is the origin of an English word for gaining an advantage. Someone you know has benefited from this practice.” Vincent quickly recalls the “Latin word for nephew is nepos,” which leads to nepotism and the career of Eric Miles, a descendant of one of the family founders: “Vincent considered him to be as sharp as a doorknob, a somewhat generous assessment,” but somehow both Eric’s job grade and salary far surpassed Vincent’s “considerably more talented” team. The clues get increasingly difficult and show a profound knowledge of the individuals, highlighting their competitiveness and mutual distrust. Things completely fall apart when they open the ultra-secret bonus letter that’s in Vincent’s briefcase. When Sylvie, Sam, and Jules learn how Vincent regards them—through the all-important prism of money—they turn on him and each other.

The temperature in the elevator shifts between freezing and tropical, they have barely any food or water, their cell phones don’t work. Inevitably, tension and hatred rachets up. The Escape Room is a classic locked-room mystery, updated by Goldin for the 21st century by setting it in an elevator.  The ancient Greeks knew how to characterize the melt-down of Vincent’s team: “You have been trapped in the inescapable net of ruin by your own want of sense,” Aeschylus.

The Escape Room will be mandatory reading this year—it’s part The Firm, part Trading Places, part The Ghost of Christmas Past with surprises on every page. I’m looking forward to the inevitable sequel and have already started thinking about which actors will be chosen for the movie.