February 2, 2022
A modern take on an epistolary novel, The Appeal follows a local theatre group rallying around a sick child—but when escalating lies lead to a dead body, everyone becomes a suspect. 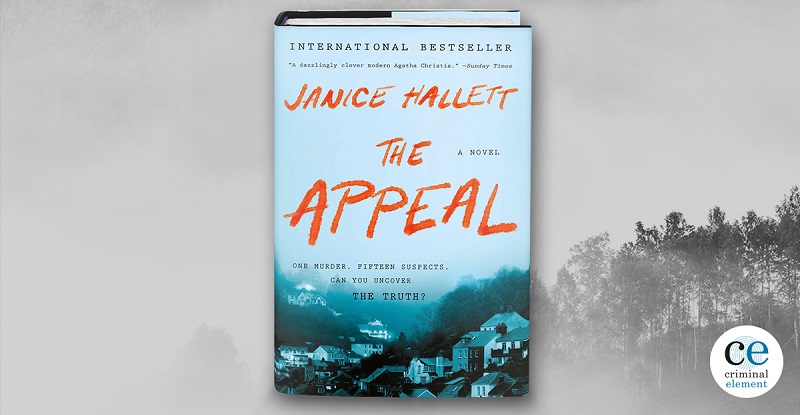 When Sam and Kel Greenwood move to Issy Burke’s town after a long stint volunteering in Africa, they find themselves quickly taken under the eager young nurse’s wing. Issy has long felt isolated at the hospital where she works and hopes to build strong bonds with her new co-workers. To this end, she introduces them to the Fairway Players, the local theater group of which she’s an incidental part. She appeared in their last production of Oscar Wilde’s Blithe Spirit and has high hopes of getting another part in their upcoming staging of Arthur Miller’s All My Sons. Hopefully, Sam and Kel will get parts too so they can spend all their time together running lines, as Issy fervently hopes.

Sam and her husband quickly integrate themselves well with the troupe and prove invaluable when young Poppy, the granddaughter of founder Martin Hayward, is diagnosed with inoperable and highly aggressive brain cancer. Poppy’s only hope is in an expensive American drug that has yet to be approved by the NHS. Privately funding the treatment will cost the Haywards over a quarter of a million dollars, a prohibitively expensive sum even for the town’s wealthy first family.

The Fairway Players quickly spring into action to organize fundraising efforts for Poppy’s treatment. In addition to helping with a gala ball and various smaller drives, Sam offers to run a half-marathon to benefit A Cure for Poppy, as the appeal becomes known. Sam is the kind of solid, helpful person who has a passion for doing the right thing. Unfortunately, Sam’s moral certitude combines with an inquisitive streak that has her asking uncomfortable questions when things start not making sense to her medically-trained mind.

As Sam begins to take a closer look into what’s going on with the fundraiser, she runs into a figure from her past, oncologist Tish Bhatoa. Tish is in charge of Poppy’s treatment, which only heightens Sam’s suspicions as to where the money she’s helping to raise is really going. As two outside observers discuss via WhatsApp:

I’m not cynical or making excuses, but what do they expect? Crowdfunding campaigns are built on trust. You never really know where the cash goes. We’ve all contributed to friends’ campaigns without asking questions.

Also, Martin contacts Clive Handler despite being assured that he’s a time-waster. Is that because he’s desperate for money or because he doesn’t trust Tish Bhatoa? Sam suspects Bhatoa, and I’m inclined to value her view as it’s an outsider’s perspective.

Is Sam just being paranoid given her unhappy history with Tish? Or is something truly sinister afoot, something that could cost one or more of the Fairway Players their lives as Sam seeks to expose the truth?

This dazzling epistolary novel is presented in the form of texts and emails between the various people in the orbit of the Fairway Players and Poppy’s appeal. It’s not only a cleverly constructed murder mystery but also an incisive and often hilarious look into the social dynamics of small towns, exploring what would drive some to pursue the truth no matter the cost. Readers don’t even discover who dies until about two-thirds of the way in, after which it’s a race to uncover the identity of not only the murderer—if it was truly a murder—but also the true faces of the people responsible for the many letters and missives included here. So many of the writers obscure both their identities and the truth in often desperate attempts to present themselves the way they want to be seen, and only sometimes for criminal purposes.

The Appeal is also a love letter to another kind of masquerade, to acting even in amateur dramatics. As Issy writes to James Hayward, Martin’s son and the play director, who’s called away to his heavily pregnant wife’s bedside ahead of the opening night performance:

The audience will be coming in soon and there’s that frisson of anticipation in the green room. Like Martin says, this is exactly how it is at the National Theatre or when Coronation Street does a live episode. It’s what actors felt like in Shakespeare’s plays (when he was alive), and back in ancient Greece where theater started. It doesn’t matter that we’re just a little amateur drama group in a church hall. An audience is an audience. It’s times like this I don’t know if I love this or hate it. Or both.

Even without the palpable love of theater, this novel hit all my appreciation points as it invites readers to unravel the truth cunningly concealed within its pages. I thoroughly enjoyed this intelligent, inventive and heartfelt novel. Written in a modern, engaging manner, this was my first five-star read of the year.