February 10, 2021
From the award-winning author of The Absence of Mercy comes a chilling psychological thriller about a family and community divided by tragedy, and the dark secrets that will set their town aflame. 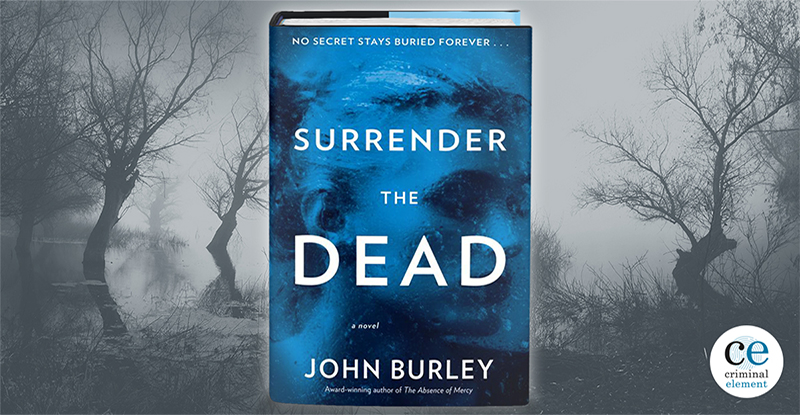 Once it was over, nobody talked about the missing. It was an unspoken pact carved into the town of Wolf Point, as if the thing that had taken so many of its residents could be awakened again by the mention of its name. It was strange how quickly Erin had gotten used to that as an adolescent, and how easily she had fallen into the habit of avoiding the subject with her father. She had returned fifteen years later to find that the spell had not broken, that the people of this town had gone right on living that way, half awake and half asleep, their eyes cast downward instead of focusing on one another. It was a quiet town, she thought, not in the usual ways of small-town America but because of the implicit admonition that nothing dormant and evil should ever be disturbed.

That passage really captures the essence of what this story is all about. It seems I have read a handful of novels about small towns and the secrets they keep and there is something about that sub-genre that just gets under your skin. Especially with the idea that someone can simply disappear in one of these close-knit small towns and never be heard from again. That is the general premise of John Burley’s new novel entitled Surrender the Dead. I can now proudly aver that you can add the town of Wolf Point, Montana, to places I wish to avoid in my lifetime.

Our protagonist is Erin Reece, and she is returning to Wolf Point for the first time in over fifteen years only because her father is terminally ill and currently lying in a bed at the local hospital. Erin makes the journey from her new home in Colorado back to the home of her birth, Wolf Point, and it seems as if time stood still. This also means all the old nightmares that drove her away were still very much alive there as well as the mysteries that go along with them. The narrative of Surrender the Dead jumps between the present day back to Erin’s childhood where she lost her mother and Wolf Point began to lose several of their residents.

Police Lieutenant Jeff Stutzman apologizes as he pulls Erin away from her father’s bedside, but he needs her to come down to the station to discuss an important matter. It seems that some excavation on her father’s farm has dug up a couple of old skeletons, including one for the simple-minded teen named Abel who was one of the many that had disappeared back in Erin’s youth. Erin always felt that he had something to do with the disappearance of her own mother but now it seems that the present day in Wolf Point is seeking to lay all the blame on the missing upon her father, David, and Erin will have to shake several trees if she is going to clear her father’s name and find out some answers—answers that Wolf Point might not be ready for her to publicly reveal.

Surrender the Dead is a slow-burn of a novel but the trips to the past and the resolution at the end make it all worth-while. John Burley, with his fourth release, is beginning to make a name for himself with these deeply personal thrillers he has penned and this one will leave readers haunted.