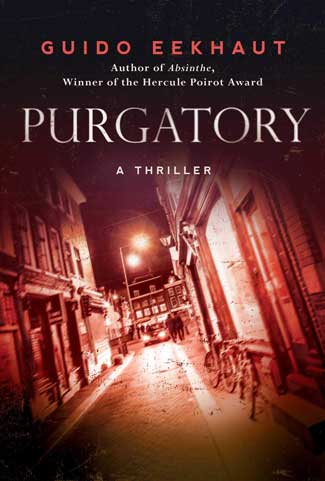 Veteran Chief Inspector Walter Eekhaut has a problem with most authority. The Brussels police force that previously employed him wasn’t too unhappy to see him go, but they’d likely be as surprised as he is at how well he’s settling into life as the sole Belgian in his department of the Dutch security service.

That said, he’s less than thrilled when his boss, Chief Superintendent Alexandra Dewaal, insists he accompany her on a trek through the snowy Belgian Ardennes. She tells him that his nationality will help smooth over any complications over jurisdiction, but she’s fairly vague about what she actually expects to find once they reach wherever it is she’s leading them.

The scene they finally encounter justifies her tight-lipped behavior. Seven people were chained to stakes, set in a circle, and burned to death with the words “This World seems to last Forever. But it is merely the Dream of a Sleeper” inscribed in blood nearby. Dewaal had been following a tip from an informant embedded within the Society of Fire, a radical offshoot of The Church of Supreme Purification, itself once infamous for being suspected of responsibility for several accidents that resulted in large and fatal conflagrations. In the last two decades, the church had renounced violence, eschewing a literal purification by fire for a symbolic one. The members of the breakaway society were displeased by this and preached a return to their roots. Now, it seems that they are finally making good on their beliefs.

Coming from the more religiously restrictive Belgium, Eekhaut can scarcely believe that Dutch society—outside of avowedly secular Amsterdam—is such a fertile breeding ground for apocalyptic cults and unorthodox religious denominations. He will, however, come face to face with plenty of true believers in the course of his investigations into the killings.

One such is Johanna Simson, the church leader who will humor Eekhaut’s blunt incredulity while also explaining that the murderous religious fervor they are facing is not merely a relic of the Dark Ages:

Ms. Simson smiled indulgently. “We don’t have to go back that far, young man. The Nazis murdered millions because they believed in their own superiority.”

“That was on social and racist grounds, not religious.”

“That hardly makes a difference. Belief systems need not be religious to be dangerous. Fascism and communism were belief systems without a god but with a strict set of rules and a central doctrine. Even today, we’re reminded daily of the violence originating from radical religious zeal. It has always been rather easy to convince less than bright people they should follow leaders and commit crimes in their name.”

To make matters more difficult for Eekhaut, there’s a mole in his department, necessitating greater secrecy than usual. Dewaal herself is spearheading the investigation and entrusting only a small team—including Eekhaut and her nephew, the beleaguered Nick Prinsen—with the task of assisting her. Prinsen is a good investigator, but his blood relation to Dewaal and his relative youth have set too many of the department’s detectives against him. Eekhaut does not share their prejudice, however, and is more than happy to take Prinsen under his wing.

Eekhaut would teach Prinsen to conform, precisely the sort of thing he himself wasn’t any good at. But after that, he was going to pull the rug from under his feet. He was going to show him how little a half-decent officer achieved by toeing the line. He’d make him into the perfect little rebel in his own image. In this jungle, you survived by not following orders too much, by not playing nice. That’s what Prinsen needed to understand, and the sooner the better.

Eekhaut’s nonconformity—often an asset to his investigations if an irritation, or worse, to the people who have to work with him—will somewhat ironically wind up taking a backseat as he strives to track down people even less interested in playing by the rules than he is. It’s fascinating to read about the many idiosyncrasies of Dutch police and religious culture as seen through the eyes of relative outsider Eekhaut. Guido Eekhaut (yes, his protagonist shares his surname) writes in such a way as to make you feel like you’re there, looking out through his detective’s eyes as he embraces an environment that he both appreciates and is occasionally befuddled by.

I’m a huge fan of procedurals set in foreign countries, and Purgatory is by far one of the most illuminating as to the inner workings of not only their law enforcement but also the culture that it springs from. It’s also, somewhat surprisingly, a tender look at the personal lives and backgrounds of its detectives, especially as they become inextricably entangled with the case. This is a very well-rounded look at not only a murder investigation but also the lives of its investigators, contemplating justice and religion in perhaps unexpected but definitely entertaining ways.