Book Review: The Missing Ones by Edwin Hill 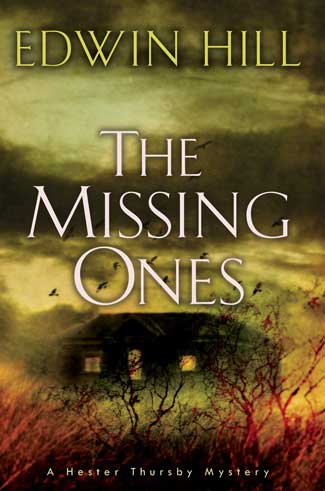 The Missing Ones by Edwin Hill is the second book in the Hester Thursby Mystery series, where murder, missing children, and more haunt Finisterre Island, off the coast of Maine.

New England author Edwin Hill hovered on the periphery of the mystery scene before going all-in with last year’s Little Comfort, the Agatha Award-nominated title that launched the Hester Thursby series. His prior writing credits include contributions to the LA Review of Books, The Life Sentence, Publishers Weekly, and Ellery Queen Mystery Magazine; further, he serves as vice president and editorial director for the market-leading publisher of composition textbooks, Bedford/St. Martin’s. Hill earned a bachelor’s degree from Wesleyan University and an MFA from Emerson College.

His second novel, The Missing Ones, opens July 4th on Maine’s rugged-yet-resplendent Finisterre Island, where local deputy Rory Dunbar still pines away for his unrequited childhood love Lydia, who upset the status quo by marrying an off-islander, state policeman Trey Pelletier. When the couple’s young son, Oliver, goes missing amid the holiday chaos, Rory has the opportunity to be Lydia’s hero. And while he does manage to deliver the boy safely back into his mother’s arms, it’s not long before rumors begin to circulate that he orchestrated the event to curry favor. Flash forward to September; another child disappears, this time in the eye of an intense storm, and Rory knows that the outcome will either prove to be his redemption or his ruin.

Meanwhile, in Massachusetts, 4-foot-9 Harvard librarian (and onetime people-finder) Hester Thursby is trying desperately to put the trauma of recent months—including a spate of murders, a child abduction, and her own near demise, chronicled in Little Comfort—behind her. And failing. Worse, her neuroses are trickling down to 4-year-old Kate, who she and her boyfriend, Morgan, have raised as their own since the girl’s mother skipped town. But when Hester gets a cryptic text from an old friend summoning her to Finisterre Island, she immediately sets out under cover of darkness, Kate in tow. The two arrive in the wake of the storm (both literal and figurative in its manifestation), and Hester soon has the misfortune of discovering a dead body, a knife protruding from its back, during the search for her wayward friend.

Inevitably, Rory and Hester cross paths as they each seek answers to the questions that compel them—and it soon becomes apparent that a dilapidated Victorian house and its revolving door of vagrant occupants is at the very center of their curiosities.

Hill does an exceptional job of creating atmosphere, both in terms of external place and internal space among his unsettled, moody characters, each of whom is richly nuanced. Indeed, the author’s new cast of personalities is every bit as well drawn and believably complex as his recurring ones, who anchor the story without overtaking it. Further, Hill explores timely social issues such as the opioid crisis with sensitivity rather than superficiality, which serves to underscore the notion that human flaws don’t equate to human futility.

The Missing Ones is a resounding triumph that reaffirms Edwin Hill’s emergence as a fierce new voice in crime fiction. While the mysteries of the missing and murdered are skillfully rendered and satisfyingly (if sometimes heartbreakingly) resolved, it’s the characters themselves and their myriad dreams and disillusionments that demand our attention. This book, then, is a salient reminder that we are all broken in some way and that we are all trying to put ourselves—and each other—back together again.