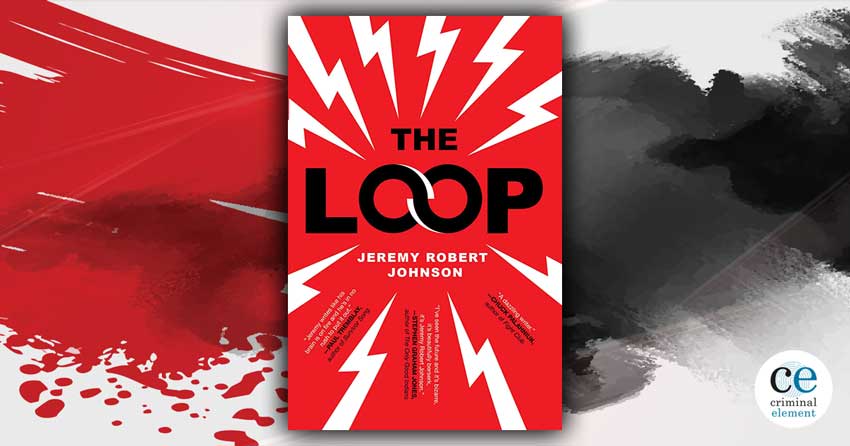 The Loop is a heart-racing thriller where a small town nestled in the hills of central Oregon becomes the epicenter of an epidemic of violence when the teenaged children of several executives from the local biotech firm become ill and aggressively murderous.

Cinematic comparisons are inevitable with a horror novel of the breadth and scope of Jeremy Robert Johnson’s The Loop, but if I had to narrow it down to two references, I’d suggest Dawn of the Dead meets Stranger Things, for those who want an idea of what’s in store for them between the covers of this creepy cautionary tale. Our unlikely heroes are misfit teenagers who live an almost second-class lifestyle in the Oregon town of Turner Falls, an out-of-the-way enclave known mostly for its skiing and proximity to the high desert. The main engine of the town’s economy is a biotech company named IMTECH. The progeny of the executives and scientists make up the rich kids who rule over the local high school’s social scene, while Lucy Henderson and her best friend, Bucket Marwani, do their best to stay out of the popular jerks’ lines of sight.

Adopted from Peru as a child, Lucy has a traumatic past she’s reluctant to share with her peers, and she’s cautious even now about fully relaxing into the love of her new parents, the well-meaning Hendersons. But nothing she’s ever experienced can prepare her for the sight of one of her classmates suddenly attacking another with his bare hands before killing their teacher during class one day.

That isn’t the only inexplicable violent incident to recently perturb the tranquility of Turner Falls. A wealthy mother and her teenage son are found dead in an apparent murder-suicide, while one of the most popular—and psychotic—kids in school has gone missing. None of this seems to be Lucy or Bucket’s problem, however, until a party to celebrate the end of the school year goes viciously awry. Something terrible has taken over the town of Turner Falls, and it won’t rest until everyone is made meat.

Lucy and Bucket make for compelling underdog heroes as they try to solve the mystery of what’s happening to their town while struggling to survive the terrible carnage inflicted primarily by their fellow teens. Along the way, they pick up a crew of survivors, including teens fighting their new programming, a scientist with a large stake in the proceedings, and a gonzo journalist who seems to be one of the few civilians paying attention to Turner Falls. The organization he works for, Nightwatchman, is a conspiracy-theory-loving podcast that epitomizes the maxim “it’s not paranoia if they’re really out to get you.” And on the subject of what’s happening in Turner Falls, vis a vis several recent moves by IMTECH, Nightwatchman’s screeds may be closer to the truth than anyone realizes.

As an easy point of comparison here, let’s talk about the nicotine patch. That thing that only sits on the surface of your skin and contains a chemical that had already been heavily researched. And guess how long it took for the FDA to approve that? Thirty-nine months. How about the pacemaker? Eighty-three months. Even now, slightly improved pacemakers can take years to reach the market. But you’re telling me that this little company out of Turner Falls makes a device that not only goes inside the body, but contains more groundbreaking technology than the Google overlords managed to conjure up last year, and THAT gets an exemption?

While corporate shenanigans birthing monstrous pandemics seems almost too on the nose for a horror novel coming out in this never-ending year of 2020, the relationships of our heroes—amongst themselves and with their families—is only one of the things that elevates The Loop from your standard, and in this case well-written, nut-job nightmare. The raw tangle of our heroes’ emotions as they move through the horrors of adolescence in a time of bodily peril is depicted with nuance and sympathy—and nowhere more so than with our main protagonist, Lucy. Her conflicting feelings are messy and believable, as is her understandable rage at the situations she finds herself in.

She tried to ignore the feeling that rolled up from her heart into her mind and made her want to tear the towel in her hands to shreds and smash the mirror and kick a hole in the door and keep rending the reality around her until all of it was subatomic and floating in a cloud around her anger. She imagined herself tilting her head back and opening her mouth to scream again, only this time her mouth kept opening and her jaw detached like a snake’s and she kept splitting until she was cleaved in two and all that came out of her was white flame. She shook and waited for the bad energy to leave her mind, and wondered what happened to all the rage in her body when she trapped it inside like that.

It’s truly unusual to find a heroine of color who’s allowed to be angry and confused and ruthless and self-sacrificing all at once. Lucy feels complicated and real, which only serves to underscore the horror of all the gory, terrible things that are happening all around her. This is not a book for the faint of heart, but it was cathartic for me, as a brown person, to see an adolescent version of myself make the best of a hideous situation. It’s nice, too, that The Loop comes out during Hispanic Heritage Month, showcasing a Latina heroine who deserves to become iconic.