Book Review: In the Deep by Loreth Anne White

November 12, 2020
Washington Post and Amazon Charts bestselling author Loreth Anne White's new novel In the Deep depicts a twisted psychological battle, as well as a couple who seemed to bring out the worst in each other—adultery, abuse, betrayal, and revenge. 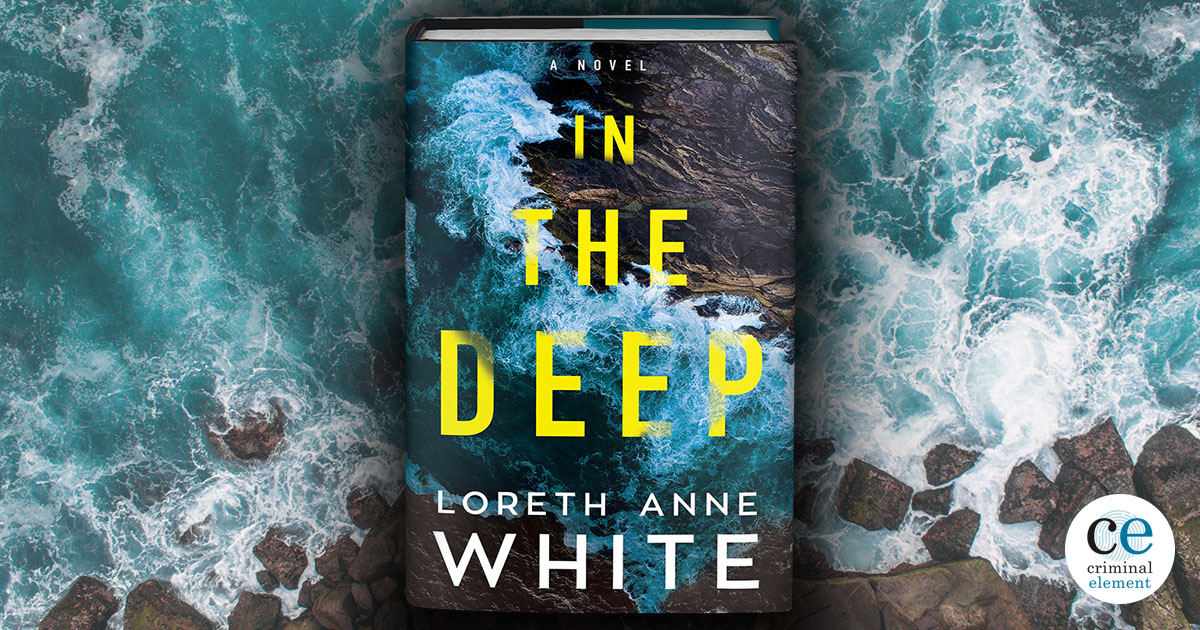 Ellie Cresswell-Smith, née Hartley, is a poor little rich girl. She thought she would find salvation in her second marriage to Australian Martin Cresswell-Smith, but fate has other plans. When we first meet her, she’s a widow and an accused murderess.

In the Deep opens in February 2021 with a courtroom battle in the Supreme Court of New South Wales, Australia. Ellie, Mrs. Cresswell-Smith, is on trial. Ellie has a tragic past starting with the death of her troubled mother when she was only nine. Ellie’s daughter Chloe drowned in a terrible accident at the age of three; that led inexorably to the dissolution of her first marriage. The relationship between Ellie and her billionaire real-estate magnate father has always been strained, so much so that he buys her off with a guilt-gift of millions of dollars. Coincidentally, Ellie has a strained meeting with her father on the same night she meets Martin. Ellie is unimpressed with Virginie, her father’s newest girlfriend—she brusquely blows off Virginie’s invite to a coffee date or “a spa treat.”

I spoke loudly. I felt the people at the surrounding tables listening, but I didn’t care if anyone heard the “Unhinged Hartley Heiress”—as one tabloid had referred to me—arguing with Daddy dearest in his namesake hotel. I’d had enough. Of my absentee father. Of his women. Of my old life. I’d had enough of the old Ellie, who just used to suck it all up like a sponge and go home saturated with toxic thoughts and emotions.

Ellie is ripe to turn over a new leaf. The book is very much lifestyles of the rich and famous, shifting from Vancouver to Europe to Las Vegas to Australia (although Australia is not manicured, it’s rough, almost primitive).

Real-estate mogul Martin Cresswell-Smith is the best thing that has ever happened to Ellie. After her daughter’s devastating death, a divorce, and an emotional breakdown, he’s helped her move as far as possible from the grief, the rage, and the monsters of her past. Ellie imagines her new home with Martin in an Australian coastal town will be like living a fairy tale. But behind closed doors is another story—one that ends in Martin’s brutal murder.

“Out of the firing pan, into the fire,” as they say. To understand Ellie, it helps to have a pharmacist’s guide to drugs close by. There isn’t much she hasn’t been on, understandably given her trials and tribulations. Did Ellie pull a geographical when she married her new husband? The phrase is common in the recovery community: it’s “an illogical belief that switching locations will solve all of one’s life problems, when in fact the problems are rooted in the person and their substance abuse.” How well did she know Martin when they wed impulsively in Las Vegas? Was it a coincidence that they met under the roof of her father’s namesake hotel?

Senior Constable Laurel “Lozza” Bianchi has the receipts that will put Ellie behind bars. Somewhat oddly, she has a previous acquaintance with Ellie—she met her one day when she was surfing: she thought Ellie had the demeanor and bruises of an abused wife. Lozza’s hackles went up after Martin appeared abruptly and whisked away his wife. Did that internal knowledge play havoc with her detective instincts? Lozza also remembers what Ellie said to her when the authorities were searching for Martin, after he disappeared: I hope you don’t find him. And if you do, I hope he’s dead and that he suffered…

Senior Constable Lozza Bianchi has reasonable doubt. She sees evidence of a twisted psychological battle and a couple who seemed to bring out the worst in each other—adultery, abuse, betrayal, and revenge. If anything Ellie says can be believed, that is. As the case takes twist after spiraling twist, Lozza can’t shake the gut instinct that she’s being manipulated. That Ellie is hiding something. That there are secrets yet to surface. Lozza has no idea.

Gillian Flynn’s Gone Girl comes to mind while reading In the Deep, also a story where “the characters lie to each other and the reader about affairs and disappearances.” That’s what haunts Lozza: dishonesty, lies, and fabrications. Lozza has also had difficulties in her past with alcohol abuse and unprofessional behavior. Does that make her prone to sympathize with Ellie? If you are a fan of twisted thrillers that employ gaslighting, i.e., “an increasing frequency of systematically withholding factual information from, and/or providing false information,” then In the Deep will suit you to a tee.  It reveals its secrets skillfully and often opaquely. Nothing about Martin and Ellie’s marriage is what it seems on the surface.

Lastly, given the success of Succession, the television series reputed to be based on media mogul Rupert Murdoch and his extended family, there’s an endless appetite for stories about the very rich. F. Scott Fitzgerald’s quote comes to mind, “Let me tell you about the very rich. They are different from you and me.”