Book Review: In a House of Lies by Ian Rankin 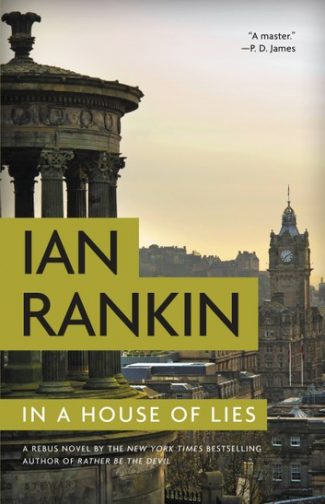 In a House of Lies

In a House of Lies by Ian Rankin is a gripping story of corruption and consequences where a cold case involving a missing private investigator threatens to unearth skeletons from Rebus’s past.

Hard-hitting, gritty crime fiction is synonymous with Scottish author Ian Rankin. For decades, he has seen his books become chart toppers internationally, and his primary series featuring Detective Inspector John Rebus has been made into two different television programs with the BBC.

Rankin and Rebus fans can officially rejoice because his latest release, In a House of Lies, meshes together the recently retired John Rebus along with some old colleagues—namely D.I. Siobhan Clarke—as well as the star of Rankin’s other series, Inspector Malcolm Fox, who deals with internal complaints within the police department.

Siobhan Clarke has been brought into the ACU: Police Scotland’s Corruption Unit, and she is one of the principal investigators on the newly re-opened cold case. The body of a missing private investigator named Stuart Bloom is found in the trunk of a car that was driven to the middle of the woods. The corpse was handcuffed by both the wrists and ankles. John Rebus is contacted because he knew the deceased. Rebus recalled that Bloom was gay and was last doing some security work for a film producer of less than reputable titles by the name of Jackie Ness.

Clarke is discovering why the original case was so bungled, and it seems like things lead directly back to Police Scotland’s front-line officers as well as the detectives handling things back in 2006. Malcolm Fox is also called in due to his prior work with the Complaints Department and current detail with Major Crimes—especially when alleged criminal activity and negligence may have been attributable to the Police Department.

Malcolm Fox learns that the consistent opinion of those who were around this case was that you need not dig too deep to uncover the skeletons that were involved. John Rebus, who is actively involved as a consultant with the case, knows that there is much more than his legacy at stake, and the same peril he felt in 2006 still exists today. This means he could just as easily be erased now if he presses on too hard. All he can do is impart words of wisdom to D.I. Clarke, like when he refers to the case as a “perfect storm” and reminds her that “every storm has a centre. Find your way there, and you’ll crack the case.”

What has always drawn me to Ian Rankin’s writing, and the reason why I believe he has enjoyed so much success as a crime writer, is that his characters are all real, three-dimensional beings who pop right off the page through his prose and instantly become memorable for the readers that are spending time with them. He doesn’t get tied down in minutiae like deep forensics—although it’s an important part of each case. Instead, he devotes his writing to deal with the emotions of all the characters involved in a case, thereby making it that much easier to follow along as his fictional investigators make the impossible possible. In a House of Lies is no different, and it is nice to see the recently retired John Rebus still a vital and necessary figure whose fans, like myself, just love spending more quality time with.