Book Review: I Am Margaret Moore by Hannah Capin

March 17, 2022
Hannah Capin's I Am Margaret Moore is a lyrical and haunting paranormal thriller that tests the hold of sisterhood and truth. 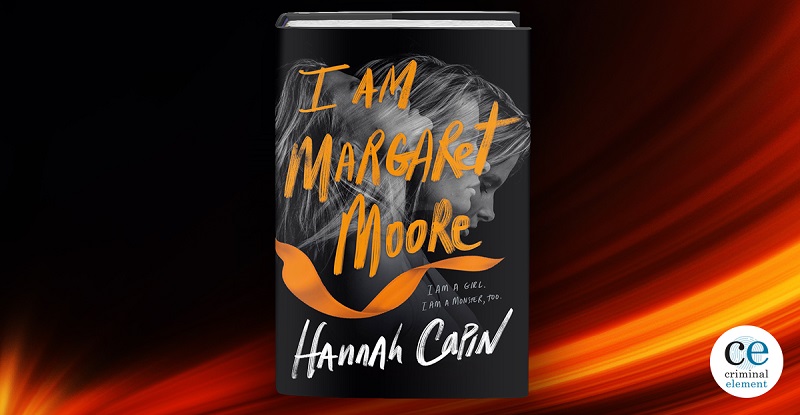 Marshall Summer Naval School is everything for the girls of Deck Five. Fiercely proud of their traditions, the teenage girls come from all around the world to spend three glorious months of the year striving for excellence, as they learn and practice the skills they’ll need to compete in (and win) the Victory Race that caps each summer session. Deck Five girls are the most dedicated, most spirited, and adept girls in the school, and Flor, Margaret, Nisreen, and Rose are the best of them all.

Everything changes when something terrible happens the summer of the year before they finally graduate from the program. Margaret leaves their cabin in the middle of the night, fleeing into a storm that whips up the vast Lake Nanweshmot on which they sail. Defying orders, the girls of Deck Five run out after her, risking their lives for hers. In the aftermath, the Victory Race is canceled and all the girls are sent home. The name “Margaret Moore” becomes a curse almost, whispered with disgust and fear by everyone except the loyal, steadfast girls of Deck Five.

But what really happened that August? And what would drive a kind-hearted, unselfish girl like Margaret to this seeming madness? She refuses to explain things to her best friends despite their pleas, even after they’ve regrouped to try to figure it all out the following year. Maddeningly for the other girls, no one at the school seems willing to help them either, wanting them all to move on and leave the past behind for the sake of the school’s reputation. Margaret even convinces herself that she can leave it alone until Rose develops a crush on the one boy she shouldn’t, the boy who broke Margaret’s heart and called her out into the storm:

Margaret is finally spurred into action by Rose’s innocent crush, even if she still finds herself unable to tell her friends the shameful truth of how she’d secretly betrayed them. But when she finds herself incapable of stopping the boy she once loved from doing more harm, will she be forced to endure her pain in silence? Or will the girls of Deck Five rally around her once more and help lay her demons to  rest?

I love everything Hannah Capin has ever written and found this to be her most poetic, mesmerizing work yet. I inhaled this novel in mere hours and finished it wondering whether, like her previous books, it’s based on a prior tale or legend, brought to vivid, harrowing life by her keen eye for psychology and her talent for lyricism. It reads almost like a fever dream, as the girls of Deck Five contend not only with the secrets that threaten to tear them apart but also the ghosts and monsters that roam the school grounds, looking to prey on the defenseless and unaware.

I loved, too, the sheer scope of this paranormal thriller, how it isn’t just the tale of a girl and the boy who did her wrong. The relationship between Flor and Nisreen, both international students but from continents apart, was portrayed with sensitivity and an aching romance:

“What, do you think we’ll run away together? You want to come to Venezuela? You think my father–you think they want me to bring home some stranger-girl from the other side of the world?”

“No,” says Nisreen, and there is pain in her words.

“I’ll marry a boy whose father is friends with my father,” says Flor. It lines up as neat as every honor on her ribbon-rack. “He’ll wear a uniform, and I’ll wear a white veil, and we’ll have sons, and I’ll never see them because they’ll be in boarding school all year and at Marshall in the summer, and they’ll grow up and wear uniforms too. And I will never be in love and that’s the way it is.”

“What if–” says Nisreen, and the wherry creaks and lists. She is leaning closer to Flor now. “What if it didn’t have to be?”

For all that I Am Margaret Moore is a book about girlhood, friendship, and revenge, it’s also a story of bucking against adult expectations, no matter how belatedly. Margaret eventually finds her voice, and Flor and Nisreen eventually figure out that a love like theirs can never be extinguished. Spirited girls are right to refuse to be silenced. They become women who will change the world, as this book so lovingly, heartbreakingly celebrates.