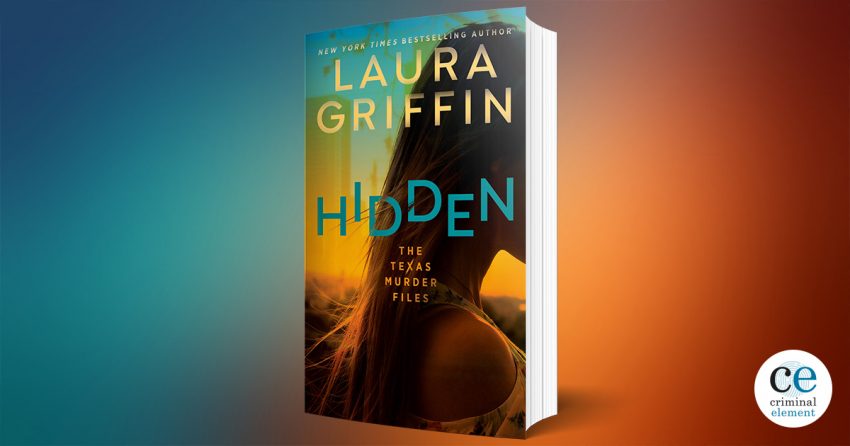 Investigative reporters are akin to ambulance-chasing lawyers, their ear next to the ground so they don’t miss any breaking stories. In an era where jobs in journalism are precarious, there’s an urgency to be the one, on the regular, who ferrets out what police would prefer to stay hidden. Austin, Texas based reporter Bailey Rhoads feels the pressure.

It was time for Bailey to get creative. It had been a slow month, and rumor had it the newsroom was in for another round of layoffs. She should spend her Sunday brainstorming feature ideas. Something about local law enforcement that wouldn’t be interchangeable with a story pulled off the wire. Maybe an innovative new forensic technique. Or budgets overruns. Or official corruption. She had to dig up something. For months she’d been hanging on to this job by her fingernails.

Max, her editor, calls her on Saturday—where is she? There’s something in his voice that makes her pulse quicken

“Some chatter on the scanner,” Max said. “Lance heard something about a code thirty-seven.”

A thirty-seven is a shooting. Max tells her it’s out at Lady Bird Lake. Austin’s Lady Bird Lake is a mecca for outdoor activities, from hiking and biking, to kayaking and rowing, with everything else in between. Austin stands out in Texas, with its keep Austin weird vibe, a vibrant indie music scene, great-paying high tech jobs, and a reputation of being very liberal. An enclave of sorts. When Bailey arrives at Lady Bird Lake, she heads to a trailhead near the nature center where she knows the territory. She immediately notices that the usually packed Jay’s Juice Bar is deserted.

She spotted a patrol car in the parking lot. Bingo.

As she hurried closer, she saw not just one but four police cars in the lot behind the place, along with an unmarked unit with a spotlight mounted on the windshield—probably a detective’s car. How had this stayed off the scanner? Someone must be trying to keep a lid on the story.

When Bailey spots a detective talking to a juice bar employee, she goes right up to him, even knowing “she was about to get stonewalled.” And she was—the detective won’t tell her who he is, won’t tell her what happened, on or off the record, officially or unofficially. He finally says he’s Detective Merritt and tells her to talk to his PR officer. Come on, can’t he cut her a break—what’s she supposed to tell her editor?  In the end, it was the please and a pleading look that did it. Jacob Merritt is aware of Bailey’s reputation for “being sneaky and pushy as hell,” but he still shares some valuable inside information: it wasn’t a shooting.

“About five fifty, one of our units responded to a call about an unresponsive female near the hike-and-bike trail,” Jacob said. “The officers—”

“Wait, ‘unresponsive’?” She glanced up from her pad.

“The officers confirmed that the woman was dead.”

That’s all she gets. Her editor is not impressed with her sketchy information. But Bailey has an extensive toolkit of resources and people to tap, and she uses them all. The police have proprietary methods too. Jacob and Bailey overlap over their initial inability to identify the dead woman. She was killed with great precision by someone wielding a military-grade knife. Since she was jogging when she was killed, perhaps it’s not unusual that she wasn’t carrying her ID. But to be carrying absolutely nothing? Jacob’s partner Kendra says it’s a “bizarre” case all round. Jacob presses her, asking her what jumps out most? It’s the lack of ID.

“No license, no keys, no abandoned vehicle. No missing-person report. This thing’s been all over the news, and yet no one’s called to say maybe it’s their roommate or their girlfriend who hasn’t been home all weekend.” Kendra jabbed a button and a bottle of water thunked down. “Normally, I’d think maybe she’s a transient.”

“Evidence doesn’t back that up,” he said.

Jacob shot her a look. “Eighty-five bucks for shorts?”

“Yeah, at least. I’ve got a pair just like them. I—” She halted. “Damn, I just thought of something.”

You take your breaks where you find them. They go to the morgue, glove up, and Kendra examines the inside pocket and pulls out a “white plastic card with a black magnetic strip on the back.” It’s their first break. Things start tumbling into place, but the victim’s life is unusually empty. Bailey and Jacob explore the possibility that she was part of the Witness Protection program.

Bailey has a hunch that the victim wasn’t who she claimed to be and believes this mugging-turned-murder could have been a targeted hit. When she digs deeper, the trail leads her to a high-tech fortress on the outskirts of Austin, where researchers are pushing the boundaries of a cutting-edge technology that could be deadly in the wrong hands.

Complicating the delicate dance of trading, sharing, and collaborating between a reporter and a detective is the attraction Bailey and Jacob feel for each other. We’re in Texan writer Sandra Brown territory: Hidden is a compelling, complicated mystery infused with some serious heat.

You won’t be able to stop thinking about what it means to go off the grid in 2020. Can a person stay hidden once they’ve made that decision? Author Laura Griffin discussed this recently on Criminal Element. Just consider all the faces that are being captured on Zoom calls these past six months. Hidden is a one-degree of separation book from issues that we’re living with and confronting right now.