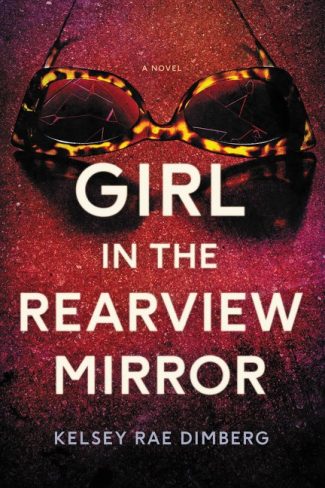 Girl in the Rearview Mirror

Girl in the Rearview Mirror by Kelsey Rae Dimberg is a psychological thriller set in Arizona about a young nanny for a prominent political family that gets drawn into a web of deadly lies.

First-time novelist Kelsey Rae Dimberg is a new name to the crime fiction community, but she’s not without distinction. The author received an MFA from the University of San Francisco, and studied at Barrett Honors College of Arizona State University, where she was the editor-in-chief of the school’s literary magazine, Lux; Dimberg also received their Swarthout Award in Fiction. Her debut thriller, Girl in the Rearview Mirror, is destined to make a lasting impression.

The book’s protagonist is twenty-something Finn Hunt, the nanny for one of Phoenix’s prominent political families. Finn was rescued from office job obscurity by Philip Martin, the charismatic entrepreneurial son of the sitting senator and husband to Mariana, a somewhat aloof director of a fine arts museum. Finn is tasked with caring for the couple’s four-year-old daughter, Amabel, who is at once picturesque and precocious. During a summer holiday festival, Amabel—affectionately referred to by Finn as “Ammy”—reports that a young red-headed woman has been following them. While Finn initially discounts this observation as imaginary, said red-head, Ivy, shows up at Amabel’s summer camp and then the family’s home, forcing a confrontation with Finn in which she reveals a supposed secret that could destroy the Martins’ charmed life.

Despite initial reservations, Finn’s loyalty to Philip compels her to maintain contact with Ivy, whose demands become increasingly urgent. Consequently, Finn begins to do some well-intentioned-but-ill-advised digging, knowing that if Ivy can be discredited so can her claims. Little does she realize that her own actions might result in the revelation of even deeper, darker truths than those threatening to erupt. As Finn delves into Philip’s past—which includes a deadly accident that ended his college football career—she must also contend with her own sordid history. Because the put-together nanny she presents as is actually a carefully constructed facade—and the girl she thought she left behind (the one that serves as the titular reference) may just be dredged up again to serve somebody’s self-serving agenda.

The story unfolds non-linearly through Finn’s perspective, present events juxtaposed with past as her sense of (justifiable?) paranoia grows. This not only serves to heighten the narrative tension—which reaches an emotional apex at the midpoint, with a game-changing plot twist—but to add texture to characters who are not all good or all bad but rather believably complex and realistically flawed. Each has a public face and a private one, but the degrees that separate the two vary—and determining where those distinctions lie may just prove deadly. Who, or what, will be the collateral damage? Like the book itself, these figures have surprising depths that belie their surface layers.

There may still be a pervasive Book-With-Girl-In-The-Title fatigue among many readers and retailers, but this one should go a long way toward curing that. Kelsey Rae Dimberg writes with sharp-yet-subtle sophistication, creating a world of personal and political intrigue in which memories are speculative and motives are suspect. Dynamic characters, a propulsive plot, and thought-provoking social commentary comingle to create a heady mix of conspiracy, crime, and cover-up. It’s an impressive accomplishment for a debut novelist; indeed, Girl in the Rearview Mirror promises good things ahead for the author, and for us.