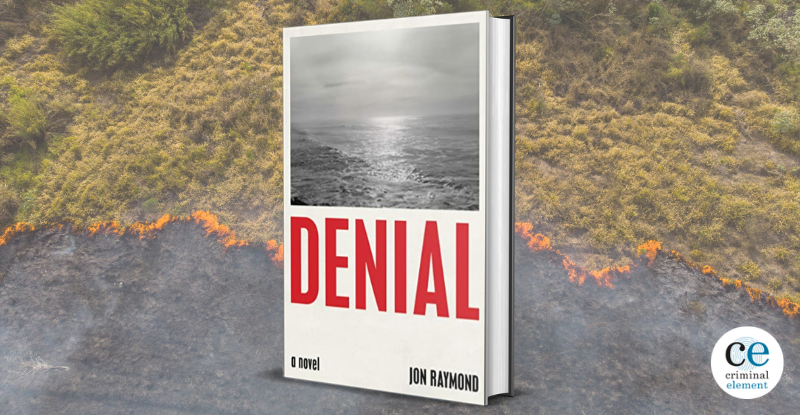 The world of 2052 has been scarred but not devastated by the effects of climate change. The fact that things haven’t gone completely over the edge is due in large part to the efforts of activists who, in the 2030s, managed to break the world of its dependency on fossil fuels. This quest for environmental safety and justice, known globally as the Upheavals, eventually led to the trials and convictions of select oil executives and lobbyists for knowingly participating in crimes against the environment. The Toronto Trials, as they were known, led to many of the once rich and powerful being imprisoned or even executed for their crimes.

But not all of the indicted appeared for their hearings. Several, including Robert Cave, eluded the authorities and were tried in absentia. Rumor has it that they mimicked the Nazis who ran from the Nuremberg Trials, their predecessors in spirit, and now live in exile in South American or remote island anonymity.

Somewhat removed from all this is our narrator Jack Henry. Jack is the mid-21st-century equivalent of a journalist, living a comfortable if rather lonely life in the Pacific Northwest of the USA. He works for the Constant Globe:

It was a digital communications organ, or what used to be called a newspaper, and I was one of twenty-some reporters on staff, though to call it reporting was another anachronism. I collected raw feeds from a massive network of individuals scattered around the world and tried to find some order in the jumble. I aggregated; I analyzed. When a riot broke out in Moscow or a mass movement swarmed a street in Cape Town, I vacuumed up street-level chatter and turned the fragments into a singular, coherent story line.

Part of Jack’s job is cultivating sources like Jeff Catalog, a leftist school teacher whom he hopes will have insight on the education beat that is currently his focus. But Jeff brings Jack an altogether different lead after vacationing in Mexico, swearing up and down that he ran into Robert Cave himself multiple times while in Guadalajara. This would be an absolutely huge story if true, and a major scoop for both Jack and the Globe.

After discussing the matter with his managing editor Aliyah and their publisher boss, Jack is sent undercover to see whether there’s any meat to Jeff’s assertion. Jack is surprised to discover that Jeff was absolutely on the money. Aliyah, with her unerring instinct for framing the news, urges Jack to gather as much information and proof as possible. Once they’ve confirmed through biometrics that the man they’ve found really is Cave, they can set up a filmed interview confronting him as to his true identity.

But the process of getting closer to Cave produces unsettling results. Jack is fully prepared to be charmed by the suave executive whose videos he’s studied in preparation for this mission. What he doesn’t expect is for Cave to be fully on the side of the Upheavals activists, causing Jack to go unexpectedly on the defensive for some of the Toronto gang:

[“]Those were some very severe sentences for guys who didn’t actually kill anyone. They were just executives. Bureaucrats.”

“So was Göring,” [Cave] said. “So was Himmler. The Toronto gang killed whole phylums. Someone had to be held accountable for all that carnage. That’s how justice works. We choose someone and make an example so we know the limits. Those people stood for many. Someone had to be the representative.”

He smiled, as if nothing could be more uncontroversial. We were stepping into an odd, irradiated landscape now. Strange shadows were falling. It was like we’d swapped masks and I was taking his role, he was taking mine.

Even as Jack grapples with his unexpected sympathy for his quarry, he must also deal with his burgeoning relationship with an old acquaintance, as well as a newly discovered medical issue. He finds himself in a constant state of doubt, second-guessing his own reactions as the date of both Cave’s televised exposure as well as a total solar eclipse draw nearer. Can he go through with his betrayal of Cave? Will he even live to see the day?

This is an intimate exploration of the power of denial for both good and ill, as well as the ways in which people can argue themselves around to any position given the right circumstances. Jack isn’t exactly a crusading journalist—mostly, he likes being employed—but he is an average person who finds himself in extraordinary circumstances, with often conflicting impulses. All of this is deftly explored by Jon Raymond, who also deals with questions of culpability and mortality in this uncommon take on a not-quite-dystopian near-future. It’s a thoughtful, literary look at a world that has saved itself from disaster but still wants someone, whether rightly or wrongly, to blame for bringing it to that point in the first place.