Book Review: City on the Edge by David Swinson

May 21, 2021
In David Swinson's City on the Edge, an American teen living abroad discovers the truth about himself and his family in this thrilling novel from "one of the best dialogue hounds in the business" (New York Times Book Review). 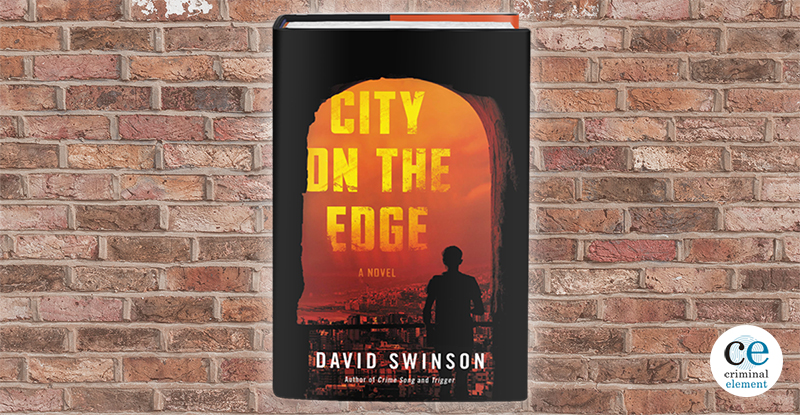 ―Rabih Alameddine, I, The Divine: A Novel in First Chapters

City on the Edge, to be released by Mulholland Books on May 25th, 2021, is the latest from David Swinson. It is a masterful work of crime and espionage.

The novel is set in 1974, in Beirut, Lebanon. An American teenager named Graham is a recent transplant to the area. The new location is due to his father, ostensibly a foreign service officer, being transferred. In addition to the move, the family is dealing with the still recent accidental death of Graham’s older sister. Graham’s mother is struggling with the tragedy and is turning to the bottle. The father is calm and measured. Through a series of tender coming-of-age moments, interspersed with shocks of violence, the reader learns that the truth is obscured. There are numerous secrets and nefarious actors operating in the shadows.

A coming-of-age moment that stood out:

She squeezed oil from a container onto the palm of her right hand, rubbed her palms together and spread the oil on her right leg, starting at her calf. She repeated the process several times until she reached the top of her thigh. It was something to watch. I had never seen her do that before and it stirred my insides in a way I had never experienced. Her legs were long and defined. The oil enhanced her skin to a perfect sheen. She lifted her left leg up and did the same thing.

The action scenes were well done. The author’s background in law enforcement shines through. This passage stood out for me. The writing creates a feeling of relentless pace:

It was fast. He jumped towards me and swung the machete down. I lifted my left arm up to protect my head. Dumbest thing I ever did, but I didn’t think to run back out of the way and keep running. That’s what I should have done. It wasn’t like it wasn’t real and he was just trying to scare me so I thought he would keep the machete inches from hitting me. He wasn’t playing, though, and the machete cut into my upper arm, the blow so quick it knocked me to the ground, tried to stop myself with my left hand. My wrist twisted and I heard a pop, but felt no pain.

Graham and his young, innocent, American friends attempt to find their place in the exotic location. The boys are on the verge of adulthood and their internal development is highlighted. The parents of the young men are shown through Graham’s eyes, and one of the “other” dads is more than he appears.

The novel engages the senses and is richly detailed. The prose is tight and well-edited. The dialogue is masterfully written, the best I’ve experienced in years. The pacing feels both leisurely and quick, a demanding task for any author.

After finishing the work, the reader will reader feel as if they’ve been to pre-revolution Lebanon. Swinson’s intimate knowledge of the place and time shines through. The entire volume comes across as deeply authentic. I can’t help but wonder how much is autobiographical.

I enjoyed this book immensely. It has shades of Box’s Blue Heaven as well as le Carré’s The Spy Who Came in from the Cold, and Hart’s The Last Child. These books won the Edgar award. I feel that City on the Edge is in the same league and deserves serious award consideration.

This was one of the best books I’ve read in years. You should pick up a copy.