Book Review: Before the Ruins by Victoria Gosling

February 3, 2021
Victoria Gosling's Before the Ruins is a gripping, multilayered debut in the tradition of Paula Hawkins and Tana French about four friends, an abandoned manor, and one fateful night that will follow them for the rest of their lives. 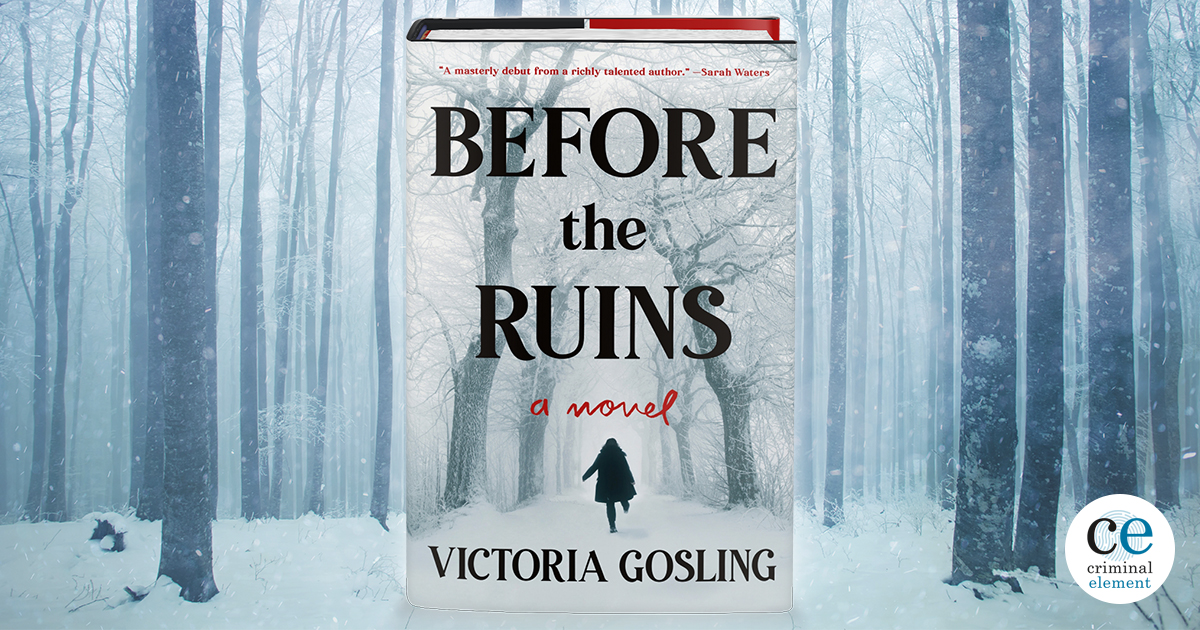 “The year Peter went missing was the year of the floods.”

This recollection comes from our narrator, Andrea or ‘Andy’.  Following the fateful summer of 1996, she and her three best friends will go through an experience that will leave none of their lives without tarnish.  Thus, is the main plotline of the debut novel by author Victoria Gosling entitled Before the Ruins.  Andy, Peter, Marcus, and Em are all out of school and looking for something to do.  Whether it was due to the revelry surrounding graduation or mere boredom, the four teens decide to explore the abandoned and deserted nearby manor house.

It is at the manor house, a site of alleged historic mystery, that they will create their own mystery — one that quickly becomes far too real for any of them to walk away from.  Andy’s own mother is a bit crazy and prone to drink and has preached about doomsday and the end of the world coming soon, in fact, that very summer.  If she is speaking the truth, then Andy and her colleagues have nothing to lose and therefore any game they play should not cause anyone any harm. The fated date of this oncoming Armageddon is June the twentieth.

As they are exploring the manor, they come across another young man also doing his own exploration.  His name is David and Andy, who is currently seeing Marcus, and Peter, who is homosexual, or each smitten with him.  This anticipated triangle will affect all of them, including Marcus and Em before the summer is through.  The five of them make up a game involving hidden treasure somewhere in the manor, diamonds waiting to be found.  A fake diamond necklace is brought to the manor and hidden to act as the treasure — but whether there ever was any treasure or the reality or fakeness of the diamond necklace will remain unanswered.  Nevertheless, greed makes people do interesting things and their behavior in the treasure hunt game, along with the sex and drug-fueled days and nights at the manor, will lead to nothing good.

The summer at the manor will end with Em being killed.  Whether it was an accidental trip on the ice or her being hit from behind by one of them will also go without an answer.  The events split everyone apart and off to work or college they go.  It will be much later that Peter mysteriously goes missing and the only one who seems to care enough to personally search for him is Andy. She hires a private detective and, in one of the novel’s more suspenseful bits, heads off to Florence, Italy where she feels Peter may be staying with David. Florence is especially hard hit by the floods that are taking place and it creates a surreal experience.  She finds David but not Peter and during her ‘wet’ time in Florence, Andy has a revelation that she feels will not only lead her to Peter but to some of the answers that were never addressed during the manor house summer of 1996.

Before the Ruins drips with Gothic feel and imagery and Gosling is a talented writer.  I do feel the comparisons to Donna Tartt and Tana French are a bit premature.  That will be determined by what Victoria Gosling does next after this debut that made for an enjoyable read.