BONUS: scroll to the bottom to find out how you can win a FREE copy of Autopsy!

With the holidays fast approaching, Patricia Cornwell has decided to bestow upon her legion of readers a truly memorable gift: the return of iconic forensic sleuth, Dr. Kay Scarpetta. While the Sherlock Award-winning character hasn’t been heard from since 2016’s Chaos, Cornwell went on to write two bestselling, NASA-inspired thrillers featuring Captain Calli Chase: 2019’s Quantum and its sequel, Spin (2020). This November, she resurrects Scarpetta with the series’ landmark twenty-fifth entry, Autopsy.

It’s a homecoming of sorts for Scarpetta, who finds herself back in Virginia, where she has reclaimed the title of Chief Medical Examiner. She and her husband, Benton Wesley, a forensic psychologist with the Secret Service, now live in Old Town Alexandria (rather than Richmond). Scarpetta’s tech-savvy niece, Lucy Farinelli, resides in their guest property as she grapples with pandemic-related grief. Pete Marino, too, is back in town—and now married to Scarpetta’s mercurial sister (and Lucy’s mom), Dorothy. It’s a familiar quartet of characters who are given new life in fresh, if frustrating, circumstances.

Not only is the ME’s office burdened by the weight of neglect and allegations of corruption, but Scarpetta has inherited a secretary whose outright insubordination borders on workplace interference. Further, the remains of a woman whose body was found discarded near the railroad tracks, her throat cut and hands amputated, sit in the morgue’s cooler, awaiting identification. It’s a daunting responsibility, and one Scarpetta—who hires Marino as a consultant—must balance with her appointment to the highly classified Doomsday Commission, which specializes in cases of national security.

As Scarpetta—our trusty narrator—inches ever closer to the truth about Jane Doe’s death (the key to which may lie in a penny found flattened on the rail), she is met with increasing amounts of resistance. In a seemingly unrelated event, Scarpetta is summoned to the White House’s Situation Room, where she must direct a virtual autopsy after two occupants of a top-secret research laboratory in outer space are found dead. The gravity of the situation—or lack thereof, in this case—results in one of the series’ most clever and compelling scenes to date; not only does Scarpetta break new ground, but she does so in the company of the President and Vice President.

Cornwell—who popularized forensics in entertainment before it was commonplace—continues to excel at depicting scientific and technological advancements that propel criminal investigations (and criminals, unfortunately). Despite the progressiveness of the work, Scarpetta’s condemnation of violence and her reverence for its victims remains one of the saga’s greatest and most grounding factors. Such steadfastness in the face of adversity has never been more necessary than it is now, given the unprecedented nature of the threats against humanity. Fortunately, Scarpetta remains resolute in her pursuit of justice, serving as a reminder that while the present is a time of great peril, the path forward also holds great promise.

Patricia Cornwell’s Autopsy revitalizes this venerable series and its beloved cast of characters while putting their beleaguered backstories to rest. As always, forensics is at the forefront—but it is balanced by the themes of family, friendship, and food that serve as unifying factors. Whether you’re revisiting the indomitable Scarpetta or meeting her for the very first time, this is an ideal (re)entry point. 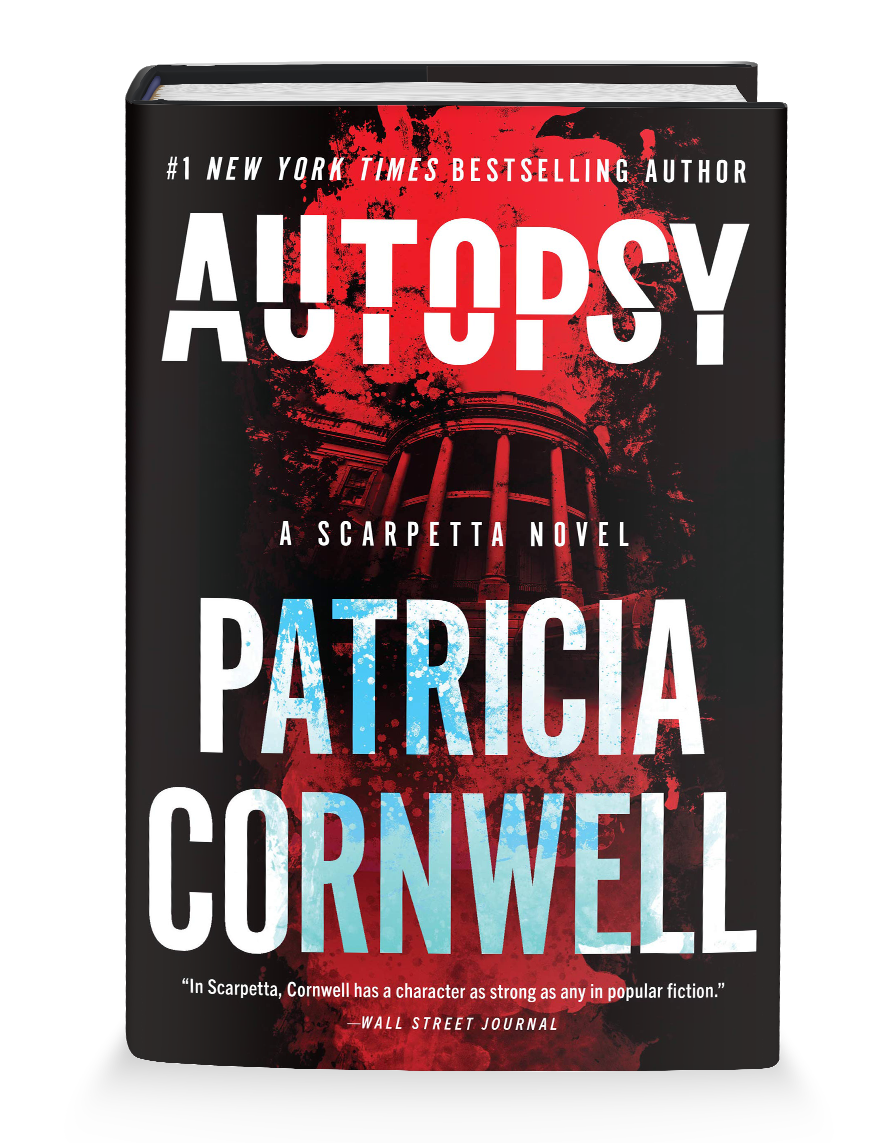 Autopsy Comment Sweepstakes: NO PURCHASE NECESSARY TO ENTER OR WIN.  A purchase does not improve your chances of winning.  Sweepstakes open to legal residents of 50 United States, D.C., and Canada (excluding Quebec), who are 18 years or older as of the date of entry.  To enter, complete the “Post a Comment” entry at https://www.criminalelement.com/book-review-autopsy-by-patricia-cornwell/ beginning at 12:00 a.m. Eastern Time (ET) December 1, 2021. Sweepstakes ends at 12:59 p.m. ET December 15, 2021. Void outside the United States and Canada and where prohibited by law. Please see full details and official rules here. Sponsor: Macmillan, 120 Broadway, New York, NY 10271.