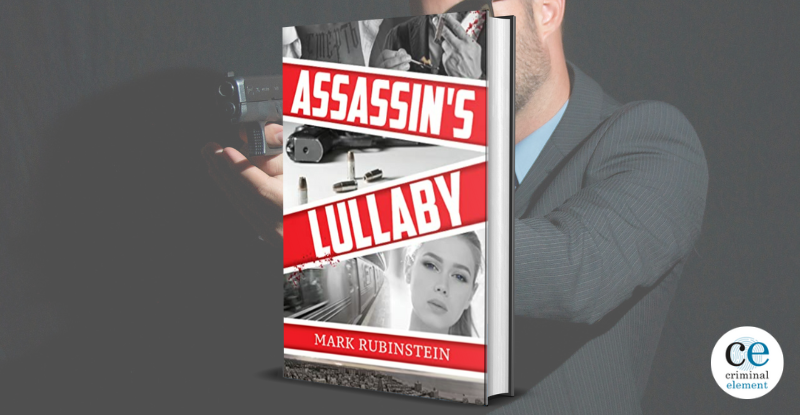 Award-winning author Mark Rubinstein’s newest novel, Assassin’s Lullaby, introduces thirty-nine-year-old Eli Dagan (one alias of many)—a former assassin for the Mossad who now lives an anonymous life in New York City, where he works as a contract killer. Each moment, each movement, is one of precision and premeditation; living as if he is a target (rather than an executioner) has assured his survival amid the crosses and double-crosses that have felled lesser men. It’s a complicated state of being, and one that’s compounded by tragedy. Eli has carried the unbearable weight of loss since his pregnant wife and parents were killed in a suicide bombing—a seminal event that shaped his personal philosophy: In every life, there lurks catastrophe.

Eli finds himself at a crossroads. He wants out of the business but can’t imagine an existence beyond the shadows that keep him company. Then, he’s offered a lucrative, two-part assignment for the head of Brooklyn’s Odessa mafia, Anton Gorlov (who himself is seeking respite from a life of crime). It’s a highly sensitive mission requiring both skill and discretion—and one that will either be his deliverance or his undoing. Eli can’t resist the call of the challenge, even knowing it may very well be a subconscious death wish, and so he once again enters a world of duplicity in which nobody is safe and everybody is suspect. But could there be the prospect of hope, or even love, in his future? Simply entertaining the thought is both a source of strength and vulnerability.

Rubinstein tells the story through the characters’ alternating perspectives. This not only heightens tension (double the deadly, double the deception!) but reveals backstory that lends the narrative emotional depth while also illustrating some surprising commonalities between the two (even if they themselves don’t know it). Despite this critical exposition, the author keeps things firmly in the present-day, using a smorgasbord of sensory recall to evoke memories (which thereby inspire motivations); it’s a brilliant way of showing the past without sacrificing immediacy as the book leads to a series of surprising yet arguably inevitable plot twists, a few of which hit like gut shots.

Assassin’s Lullaby is as taut and thrilling a suspense novel as you’re likely to find. Mark Rubinstein slays with his keen understanding of the psychology and physicality of crime, which is bolstered by his vivid descriptions and dialog. This renders his characters entirely believable if not always sympathetic. Consequently, gray areas and moral ambiguities abound, reminding us that salvation and survival may not be the same thing after all. An eyes wide-open, up-all-night kind of read from a master storyteller.