Spencer Kope, author of the Special Tracking Unit series, including the just-published Shadows of the Dead, walks us through his impressive rare book collection and tells us how he got his start hunting for 1st Editions!

Unlike most book collectors, I know the exact year, month, and day that I started my collection. I almost know the hour. It was sometime on the morning of December 25, 1977, for it was that Christmas that I tore open the wrapping paper to find a leatherbound, boxed edition of the Lord of the Rings trilogy.

I was thirteen at the time and had read the entire trilogy at least once each year for the proceeding three years—but those had been checked out from the school library. Seeing this book with its rich red leather and gilded letters—I never knew a book could look so good. The container was almost as magnificent as the prose within.

To this day, that boxed book is the pinnacle of my collection. It may not be worth as much as some of its brothers and sisters on the shelf, but its value is beyond dollars. It’s one of the few things I have left from my childhood, and it’s traveled halfway around the world with me.

Since that wonderful Christmas morning forty-three years ago, I’ve added considerably to my collection—building many bookshelves along the way. In particular, I love debut novels because they show the author’s earliest published work—sometimes their best. I have a first edition, first printing of The Hunt for Red October, Tom Clancy’s debut novel, and one of only five thousand in existence (though that number is probably considerably diminished since shipbound sailors comprised many of the first readers).

Others among my collection are first printings of Brad Thor’s debut, The Lions of Lucerne, Gregor the Overlander by Suzanne Collins (before she wrote The Hunger Games), Dying of the Light by George R.R. Martin, Deja Dead by Kathy Reichs, Killing Floor by Lee Child, and two signed first printings of Vince Flynn’s extremely rare debut novel, Term Limits, which he self-published before it was picked up by Pocket Books and became a wild success, launching his career.

Some of my books are not first printings but are early printings of rare books.

Jaws by Peter Benchley is a good example. I believe my version is a second printing, though such things can sometimes be difficult to sort out. My copy of Charlie and the Chocolate Factory is a third printing, based on the subtle changes of the images inside the book. Not worth the $7,000-$8000 that a first printing would bring, but still a valuable book. My copy of Watership Down is a first U.S. printing, not the much more difficult to find U.K. version. The book was rejected by eighteen publishers who thought that the adventures of a bunch of clever rabbits wouldn’t interest readers. Boy were they wrong. In the end, Rex Collings, a one-man publishing house in London, agreed to publish the book and the rest is history.

What about you, reader of Criminal Element? Which book on your bookshelf if one of your prized possessions? Let me know in the comments!

About Shadows of the Dead: 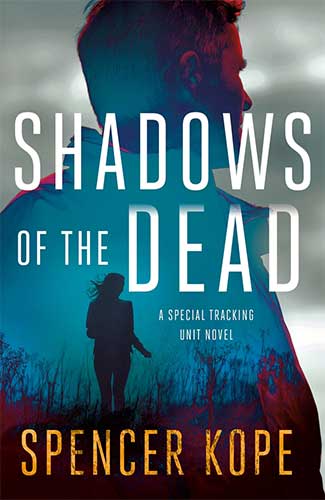 A woman—abducted and found in the trunk of a car after a high-speed chase–regains consciousness in the ICU to reveal two crucial pieces of information: the man who kidnapped her is not the same as the man who left her in the woods, and she’s not the first victim–in fact, she is number eight.

Magnus “Steps” Craig is part of the elite three-man Special Tracking Unit of the FBI. Known for his ability to find and follow trails over any surface, Steps is called in on cases that require his unparalleled skills. But there’s a secret to his talent. Steps has a kind of synesthesia where he can see the ‘essence’ of a person–what he calls ‘shine’–on everything they’ve touched.

Brought in to track the driver through a dense forest after the bloodhounds have lost his trail, Steps and his partner Jimmy find the driver laughing maniacally, babbling about souls, and hiding a pristinely maintained box of eight posed rats. Now the Special Tracking Unit must chase two villains–through not just the real world, but the dark web as well–tracking an enemy they can’t see, as time runs out for the unknown victims.

Read our review of Shadows of the Dead!