2016 was a MONSTER year for books! From a new John Hart to Louise Penny's 12th Inspector Gamache novel, we've had plenty to read and plenty more still on our TBR list. With 2017 right around the corner, we present our picks for the best books of 2016: John Hart’s return was long awaited, but the back-to-back Edgar winner proves he hasn’t lost a step with Redemption Road. Adrien Wall, a cop-turned-convict has just been released from prison for murdering his wife. Elizabeth Black, a detective who admired Wall before his conviction, finds herself in hot water after using unnecessary force to kill two rapists who were keeping a young girl hostage. Then, a body is found at the same location that Adrien’s wife was found all those years ago. All of these storylines mingle and merge throughout the book, keeping the reader guessing until the very end.

Read an excerpt of Redemption Road or check out an exclusive Q&A with John Hart! 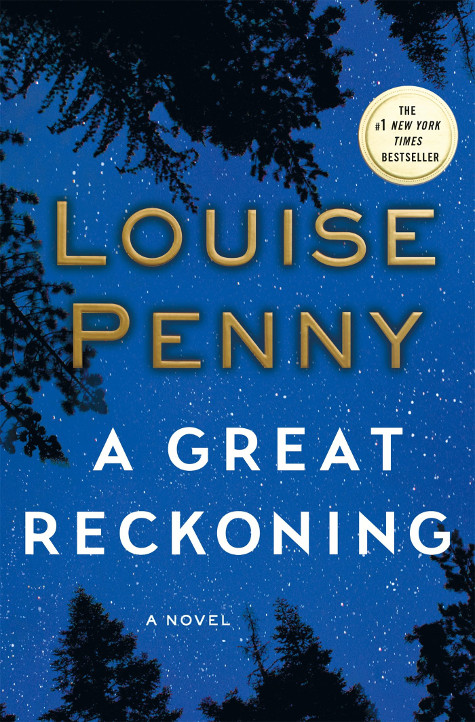 Louise Penny's 12th installment in her Inspector Gamache series is an out-and-out winner and a terrific entry point into these outstanding books. A map, a murder, and a remarkable cast of characters combine to make this one of the year’s best mysteries.

Read Katherine Tomlinson's review of A Great Reckoning or check out Doreen Sheridan's “Duck, Brie, and Fig Confit Sandwich” from The Nature of the Feast! The Ballad of Black Tom

Victor LaValle's The Ballad of Black Tom is a fast, compelling read that grounds dark magic and Lovecraftian mystery inside a contemporary tale of racial tensions and police brutality on the streets of New York. LaValle's writing is deft and engaging, pulling readers quickly into the world without overwhelming them with systems and rules, and expertly guiding them through horrors not only supernatural in nature, but those found in the very real world in which we live.

Read an excerpt from The Ballad of Black Tom! World War II plays the perfect backdrop to Andrew Gross’s superb new thriller. When Alfred Mendl—the world renowned physicist who might just hold the secret to completing the atomic bomb—is unknowingly locked up by the Nazis in Auschwitz, the Allied Powers immediately start planning how to break him out. Enter Nathan Blum, a man tasked with a seemingly impossible mission: sneak into the most guarded place on earth, locate someone who has no idea you’re coming, and escape with the one man that can bring victory in the war.

Read an excerpt from The One Man and check out “The White Rook” cocktail inspired by Andrew Gross's WWII thriller! The More They Disappear

Mysteries often start off with a murder, but they rarely show you the murder from both the victim and perpetrator’s points of view. In lesser hands, this plot device would instantly sap the story of suspense, but with Jesse Donaldson’s deft guidance, we’re left instead with a beautifully written novel with its own brand of suspense. If you liked The Long and Faraway Gone by Lou Berney, then you’ll want to rush this to the top of your TBR pile as soon as possible.

Read an excerpt from The More They Disappear and check out David Cranmer's review! After the release of A Head Full of Ghosts last year—a novel widely recognized as one of the best books of 2015 and one of the best offerings in the horror genre in years—author Paul Tremblay had high expectations to live up to, and Disappearance at Devil's Rock did not disappoint. A compulsively readable tale of suspense and supernatural mystery, Tremblay's latest tells the story of a mother whose little boy mysteriously vanishes at a local park and the futile search that follows, as his family tries to reassemble their lives while being haunted by seemingly paranormal clues about his disappearance. Disappearance at Devil's Rock is an emotional, eerie, suspenseful read, and one of our favorite books of the year. I Let You Go

This twist-filled thriller opens with a brutal hit-and-run that leaves a young boy dead and his mother grieving. From there, we travel to the remote countryside where Jenna Gray has retreated in hopes of erasing the accident from her memory. At the same time, we follow two Bristol police officers who are struggling to find out who was behind the wheel. The premise sounds simple, but if you pledge to read one more psychological thriller, make it this one. And when you get to the twist—trust us, you’ll know when it happens—come back here and thank us.

Read an excerpt from I Let You Go! If you're a fan of psychological suspense and haven't discovered Sharon Bolton yet—it's time to discover Sharon Bolton. In her latest delightfully twisty novel, Daisy in Chains, Maggie Rose is a defense lawyer and writer who specializes in getting convictions overturned. Hamish Wolfe is charismatic, intelligent, and irresistible … and a convicted serial killer. After much convincing, Maggie finally agrees to take on his case. We promise you won't see this ending coming.

Read an excerpt from Daisy in Chains and check out Dirk Robertson's review! Evan Smoak is, by design, average looking and nondescript. He needs to be. As a defector from the top-secret Orphan Program—a government sanctioned secret assassin program that starts molding its killers from childhood—there are plenty of people out there who want him dead. Now, it seems that someone is on his tail, and it will take all of the skills that Evan’s ever learned to stay hidden. Author Gregg Hurwitz succeeds on every level in launching a new thrilling series and a memorable new character. Move over Jack Reacher.

Read an excerpt from Orphan X! The Gentleman from Japan

There's only one man in the world that could write the gritty and nuanced Inspector O series. James Church is a pseudonym for an ex-intelligence officer that spent many years watching and learning about the murky and mysterious North Korea, and he funnels his unique knowledge into complex tales of places most of us will never get to experience. In The Gentleman from Japan, the murders in question are noodle-shop poisonings, the sleuths are funny and sharp, and the setting is alternately frightening and captivating. There's no better way to learn about North Korean culture than immersing yourself in an Inspector O novel.

Read an excerpt from The Gentleman from Japan! All the Little Liars

Looking for a character you'll root for from the first page? That's one of Charlaine Harris's gifts in writing the Aurora Teagarden series. Aurora is naturally inquisitive and a good person with a quick mind. Even she has trouble figuring out why her brother has vanished into thin air and why the small Georgia town where she lives isn't talking. Fans of her Sookie Stackhouse series will love the twists and turns (and the unexpected bloodshed) in All the Little Liars.

Read an excerpt from All the Little Liars or check out Kristen Houghton's review!