Barry: Why HBO’s Hitman-Turned-Actor Could Be the Next Great Fictional Criminal 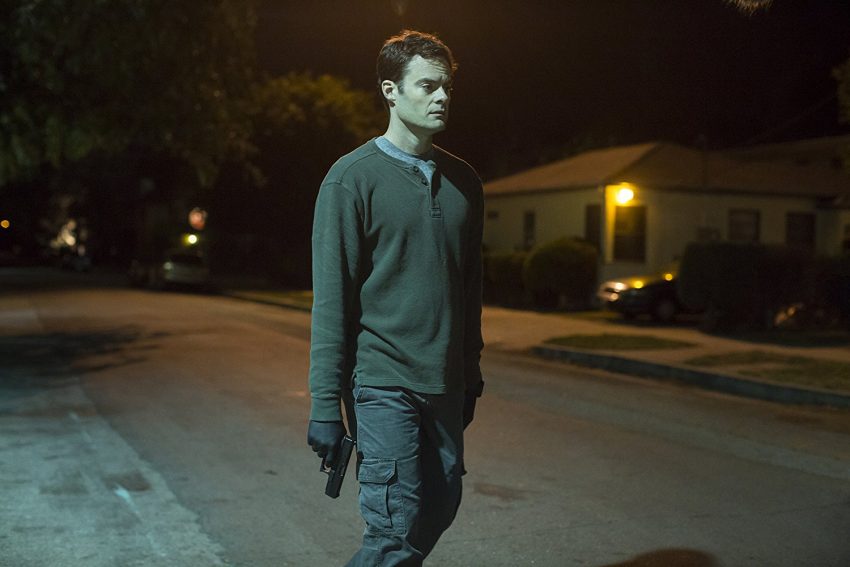 HBO’s new series Barry might very well be a shoe-in for best new show of the year. The breezy and enjoyable first season offered viewers eight high-quality episodes with big laughs and consistently surprising scripts. Furthermore, fans of hardboiled narratives will find a rather idiosyncratic take on pulp here, as while Barry is a comedy, it also understands the fundamentals of crime fiction. The show’s title character (played by Bill Hader) really does have the makings of an iconic television criminal, just like Tony Soprano or Dexter Morgan.

Barry Block (real name Barry Berkman) is several things: a Midwesterner, a PTSD-stricken army veteran, and an assassin for hire. Having hooked up with an old army buddy of his father’s—criminal advocate Monroe Fuches (Stephen Root)—Barry was introduced to the hitman lifestyle, although he’s visibly unhappy with it. That said, it ultimately leads to him finding a more viable career path when an assignment takes him to L.A. and he discovers his target is participating in an acting class, which Barry finds himself unexpectedly drawn towards. Of course, Fuches and his current clientele (an Eastern European crime family that’s as quirky as they are brutal) don’t take a liking to his new interest, and Barry may find he’ll still have to kill a few more people before he can settle into a murder-free existence.

It’s a premise that’s certainly been done before (many a great crime yarn has followed a protagonist’s plight to go legit), but Barry still feels universal. Barry isn’t that unlike too many other single middle-aged men in America. While he might excel at his job as a contract killer, he’s a regular Joe besides that. He plays video games, can often be socially awkward, and is ultimately unsure of himself and his trajectory in life. It’s no wonder why the rest of the acting class doesn’t have a clue that Barry could be a hitman, as he comes across as having such a milquetoast surface. Through discovering an art, however, Barry really comes to understand he may have a hidden talent, and this is where the show becomes the most engaging—as well as delectably meta.

Barry’s life does indeed take a turn for the positive once he becomes a regular at the acting class, taught by veteran actor Gene Cousineau (Henry Winkler). He quickly discovers a love-interest in Sally (Sarah Goldberg) and finds that his harrowing lifestyle often lends itself to great turns as an “actor.” When Barry confesses to Gene that he lives as a hitman, Gene misconstrues it as a fictionalized monologue, instantly changing his view on his acting capabilities. In the season’s penultimate episode, when Barry is forced to make a very morally conflicting decision, he mines the stress he has from committing the act to deliver his best onstage performance to date. Barry is a lucid metaphor for how people use tumultuous experiences to make great art, but that doesn’t mean it’s any less witty or intelligent, and future seasons only have greater potential to expand on this.

Barry will undoubtedly continue his acting pursuits for future seasons, but what is less predictable is where it will take him. While this debut season concentrates mainly on the theatre world, it’s hard not to feel that Barry would have even richer material to be found if its character’s career change took him to television and film. To see Barry find success in a hit network TV series (it’s already known that Sally has connections to the world) could act as a real exposé into the workings of contemporary television politics, all while remaining a fun, pulpy serial. Barry’s first season had several impressive action set pieces, and they could only become more vibrant if they gave us opportunities to see Barry get into some gunplay on a film set. One of the most upsetting abandoned film projects of the new millennium was a scrapped film noir written by Michael Mann and John Logan that sought to honor the genre by giving it the backdrop of classical Hollywood, and Barry might find a way to do this in a more contemporary way, albeit in the show’s more irreverent fashion.

Barry truly is off to an auspicious start, and ultimately, it’s Bill Hader that brings it all together. As co-creator, star, and writer for Barry, the 39-year-old actor really blends his years of experience into the show, from his work in broad comedies like Superbad to his more nuanced performances in dark comedies like The Skeleton Twins. One might not have suspected that Bill Hader’s career would lead him to play Travis Bickle, but he does it remarkably well with a well-rounded presentation that’s humorous and dark in equal measures. The first season also plays a trickster in the final episode, which finds Barry’s problems with Fuches and the mob resolving themselves, only for him to be forced into making another difficult moral decision in the concluding scene. Ending on a note that suggests Barry’s past is far from settled, the second season really can’t get here fast enough, as it already has the potential to be better still. Barry, even though we just met, I think this is the start of a beautiful friendship.