Bark of the Night by David Rosenfelt: A Visual Guide

June 7, 2019
GIFnotes: Giving you the basic plot summary of an upcoming book with the help of the Graphics Interchange Format. 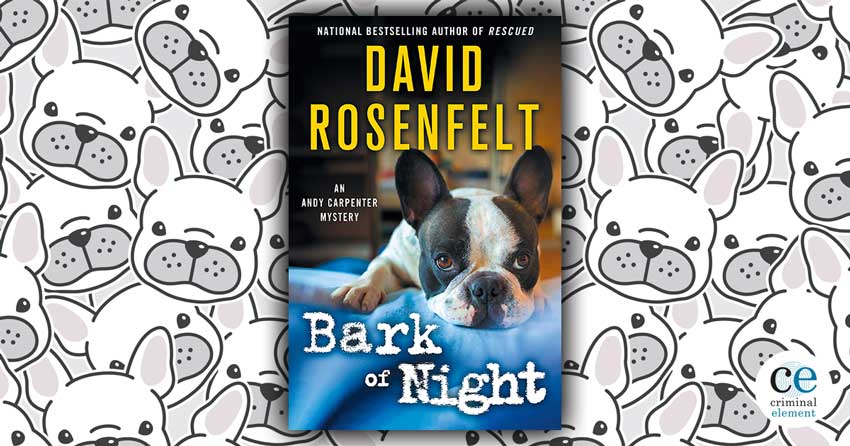 In the latest in the popular Andy Carpenter mystery series, Bark of the Night, David Rosenfelt’s charmingly clever wit and love of dogs are back and better than ever—take a visual tour with GIFnotes!

When defense lawyer Andy Carpenter’s veterinarian asks to speak to him privately at the checkup of his golden retriever, Tara, the last thing Andy expects is Truman.

Tiny, healthy, French bulldog Truman was dropped off days ago with instructions to be euthanized by a man everyone thought was his owner.

But now the owner is nowhere to be found.

Who would want to euthanize a perfectly healthy dog with no explanation?

He is willing to whisk Truman away to the Tara Foundation, the dog-rescue organization which is Andy’s true passion.

They will find a home for Truman.

But that’s not all the vet tells Andy.

Thanks to Truman’s chip, it’s discovered that the man wasn’t Truman’s owner at all—Truman’s real owner has been murdered.

It’s now up to Andy—with help from his loyal sidekick Tara, Truman, and the rest of the gang—to solve this case.