December 6, 2019
Join Quinton Peeples, executive producer and writer on Marvel’s Runaways, as he explains how returning to his roots helped him in developing his own voice, especially in his newest work, The Big Country, a graphic novel from Humanoids about a gritty Western standoff between a cop and a murderer.

**BONUS: Make sure to log-in and simply comment on this post for a chance to win a copy of The Big Country.

This bit of dialogue started everything:

Deputy Wendell: This is turnin’ into a hell of a mess, ain’t it, Sheriff?

Sheriff Ed Tom Bell: If it isn’t, it’ll do until the mess gets here.

I’ve been a professional screenwriter for almost thirty years. And one of the most important skills you can acquire along the way is that of mimicry. It’s especially important in television writing where you need to mimic the stylistic voice of the showrunner or the piece of IP that your work is based on. I’ve been relatively successful in that world, and blessed when the voice I mimicked was Stephen King, Brian K. Vaughn, or the many talented showrunners I’ve worked under. But after a while, I yearned to speak in my own voice. And that’s the voice I was reminded of when I heard the exchange above.

I grew up in a small town in Texas, and even though I’ve been in Los Angeles since 1984, the accent inside my head is Southern. I can easily return to that inflection when surrounded by Texans and it is the sound that I am most comfortable with. I sat in the movie theater watching the drama of No Country For Old Men unfold, but also felt the call to return to my roots. Even if it was only for myself. I left the theater inspired to tell a story about the people I grew up with, set in the place that formed me. “The Big Country” is the euphemism used by local news outlets to describe the area in and around my home of Abilene, Texas. It has no formal border because it is more of an idea than a place. But what was my story going to be?

That’s when the voices got me. The bad influences started to seep in. Who were they? Voices by the names of Cain, Goodis, and Thompson. Woolrich, Ellroy, and Lehane. And even the more high-brow stuff from the likes of Shirley Jackson, Flannery O’Connor, and of course, my primary touchstone, McCarthy. I’ve just given you a peek at the books on my nightstand and it’s not pretty.

These stories are full of conflicted losers, both male and female, caught up in a world they can’t fully comprehend. Even if you haven’t read the authors above, you’ve probably seen Chinatown. There would be no Jake Gittes, no Evelyn Mulwray, no Noah Cross without them. And there would certainly not be The Big Country. 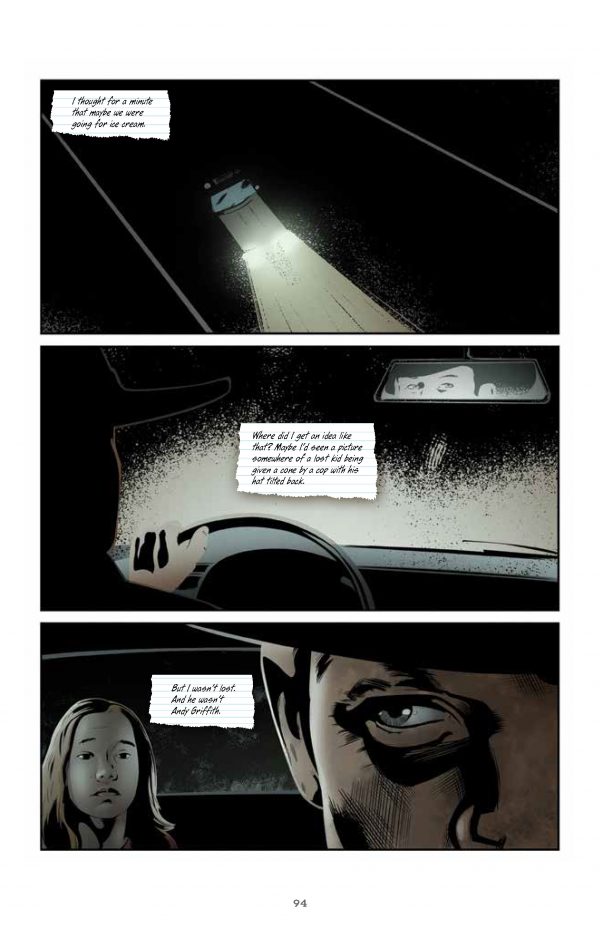 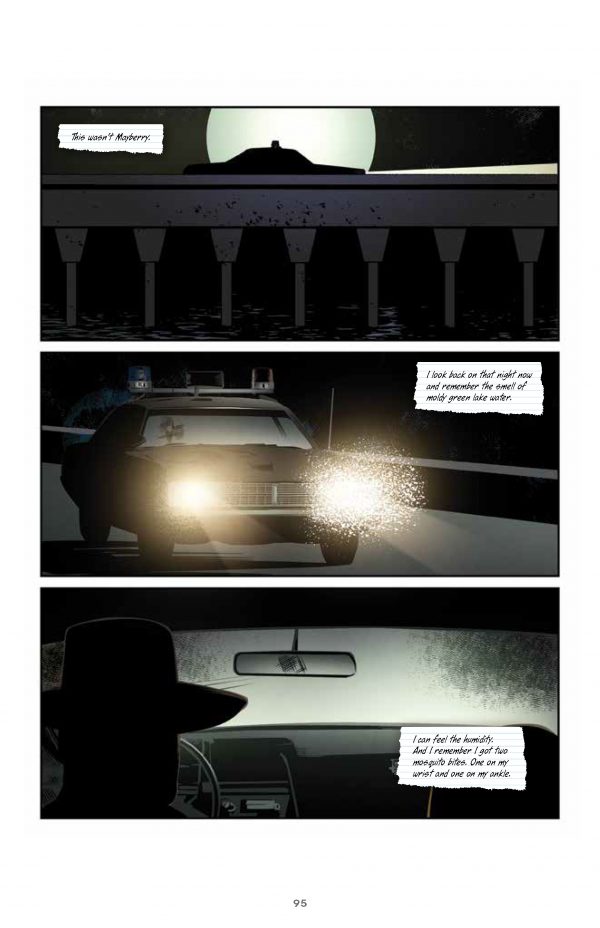 Those writers gave me a general direction for my story. A bit of crime to set off a series of events that take us deeper into the dark recesses of the human condition. And while there, what would I discover? What would I be saying about the lives of the people who inhabit my semi-imaginary Big Country? That’s when a new set of voices emerged, most of these black and white and shimmering on a screen.

While some of these films are not traditionally listed in the noir canon, they all have a darker undercurrent that drew me to them. I have to begin with The Last Picture Show, which I have trouble recovering from every time I watch it. Its clear-eyed view of Texans and life as I knew it growing up devastates me. Along with No Country For Old Men, it forms a trinity along with Hud. Listen to this line of dialogue from that film:

These are my people. I know them through and through, and these films began to show me a way forward into opening up the lives of my own characters. Now I had the place, the plot and the people. But there was one thing left.

The sound. I routinely use music as inspiration before and during the creation of a personal project and this time was no different. I originally intended to use lyrics from the work of Lefty Frizell throughout the book, but it proved to be too expensive. I believe you can still hear his voice, though—high, keening and lonesome as a backdrop to my story. There were jukeboxes everywhere in my childhood, and they played a heady mix of country, blues and Tejano music. At the base of all of those traditions is an undercurrent of human struggle, tragedy and black humor. This was the overall tone I wanted to capture in the book. I wanted to pay homage to all those who came before me, all those who captivated me, all those who showed me the way.

I hope I have. If not, then, well. It’ll just have to do until the next mess gets here. 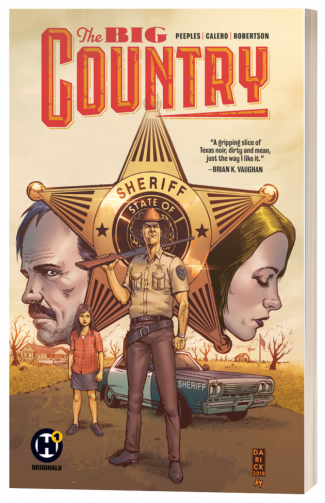 About The Big Country by Quinton Peeples:

A gritty Western standoff between a cop and a murderer. The Old West finally died in 1980. But we’re in Texas, and it’s 1978. This is the story of Grissom Callahan, the last in a long line of sheriffs. Callahan learned everything he knows from his father and grandfather, but the ways of the old regime don’t prove effective when a violent killer emerges in their small town. In a single moment of shaking down an informant, Grissom triggers a chain of events that will reshape his life and the world of Texas law enforcement.

Comment below for a chance to win a copy of The Big Country by Quinton Peeples!

The Big Country Comment Sweepstakes: NO PURCHASE NECESSARY TO ENTER OR WIN.  A purchase does not improve your chances of winning.  Sweepstakes open to legal residents of 50 United States, D.C., and Canada (excluding Quebec), who are 18 years or older as of the date of entry.  To enter, complete the “Post a Comment” entry at http://www.criminalelement.com/bad-influence-the-noir-background-of-the-big-country/ beginning at 12:00 p.m. Eastern Time (ET) December 2, 2019. Sweepstakes ends at 11:59 a.m. ET December 16, 2019. Void outside the United States and Canada and where prohibited by law. Please see full details and official rules here. Sponsor: Macmillan, 120 Broadway, New York, NY 10010.

Quinton Peeples was born and raised in Texas. After considering a career as a painter, he decided on film school and attended the American Film Institute in Los Angeles. While there, he wrote the film An Ambush Of Ghosts, which premiered at Sundance in 1993. He has written studio and independent features, television movies and hour-long dramas. Currently he is an executive producer and writer on Marvel’s Runaways. In addition to screenwriting, he has directed two independent features, television commercials, and a web series.