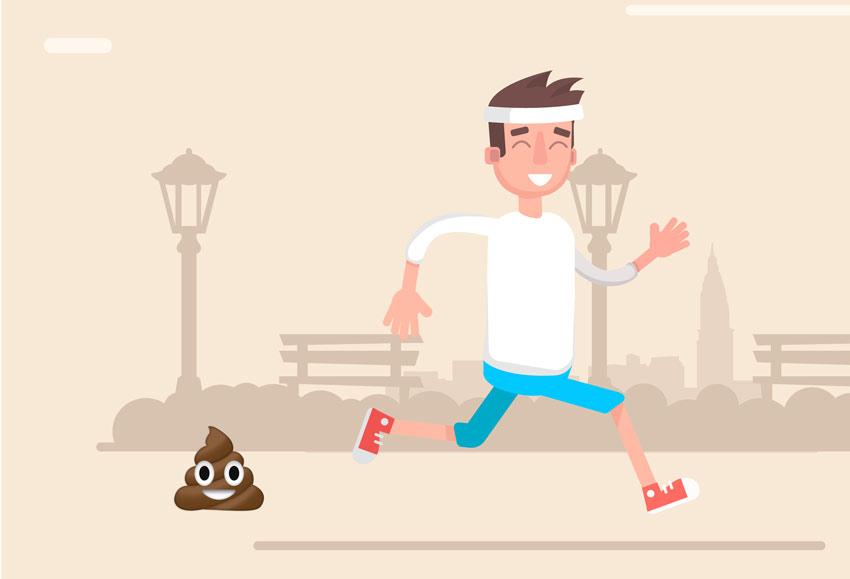 In Brisbane, Australia, the notorious “poo jogger” has finally been caught! After jogging down the Hershey Highway for almost a year, Douglas Macintosh’s luck has crapped out, as neighbors saw this as not only a fecal matter but a public one as well.

Determined to catch this log jogger, the community hatched a plan. One neighbor set up a camera to track his (bowel) movements, snapping a few photos to get a sense of his schedule. Once that was established, neighbor number two decided to hide with a camera and snapped a picture of Macintosh dropping off the kids. The picture shows Macintosh facing the camera, pants down and holding some toilet paper. The fecal photographer claims Macintosh greeted him with a “Hello” before he simply walked away.

According to news.com.au, the 64-year-old was a “national quality manager for the retirement village property and investment group giant, Aveo” and has been charged with “public nuisance.”