An Eye for an Eye: Fauda 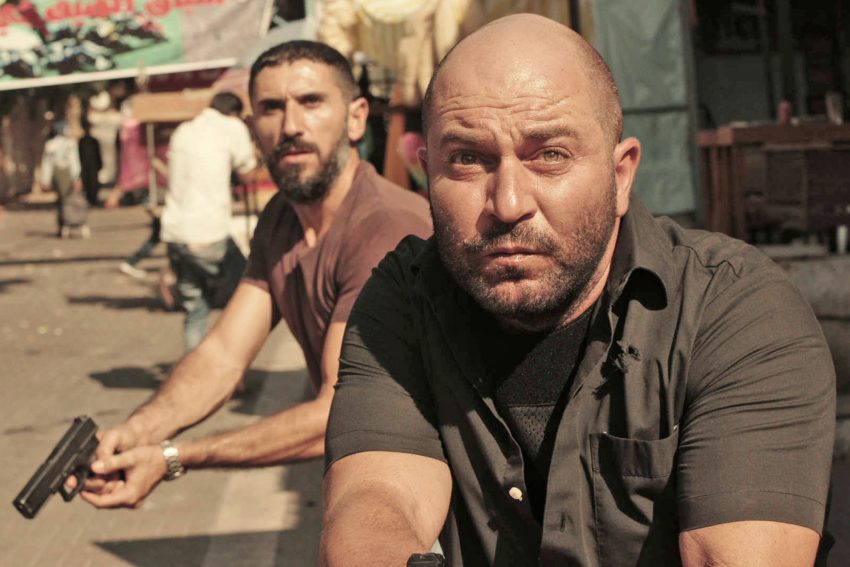 The Israeli-Palestinian blood feud has been around for so long, it’s become part of the world’s wallpaper. It rarely escapes the inside pages of newspaper front sections unless the scale of the bloodletting becomes especially heinous. At least here in America, the narrative has been frozen in stone since the 1967 war: doughty Israelis fighting bloodthirsty Palestinian terrorists to uphold Western ideals in the Mideast.

Which makes Fauda—an Israeli action-thriller series streaming now on Netflix—an interesting change of pace for American viewers. It doesn’t stick to that calcified narrative, and as such, it may be one of the more honest portrayals of the conflict that you’re likely to see on series television.

Fauda (“chaos” in Arabic) centers on Doron Kavillio (Lior Raz), an Israeli Army special operator who, before he retired to his vineyard, was credited with killing the notorious Palestinian terrorist Taofik Hamed (Hisham Suliman). When the series opens, it turns out that Hamed didn’t die after all. Kavillio barges his way back into his old Mista’aravim counter-terrorism unit to finish the job, leading to a series of consequences intended and unexpected that cause nothing but heartache for people on both sides of the “separation barrier.”

Kavillio is, to be polite, a blunt instrument. Combative, volatile, and intense, he’s managed to alienate his wife, Gali (Neta Garty), who’s having an affair with a member of her husband’s unit, and his son, Ido, who resents his dad’s decision to leave home again after being back for so short a time. His reappearance at his old unit also inflames tensions, as some of the members who’d hoped to come out from under his shadow now find the sun blocked again. His usual mode of action is to charge straight ahead and damn the collateral damage. He’s stubbornly single-minded and willing to use almost anyone and any means to get what he wants.

Hamed is in many ways Kavillio’s mirror image: a dour, committed killer who considers the death of innocents to be the cost of fighting a war that’s become his entire existence. Yet, we also get to see how he got that way—and how he tries to hold onto what few shreds of real life he still has. Like Kavillio, he’s not a nice person; he’s wanted for killing 116 people in various attacks during his career.

The war between these two men plays out like dark Newtonian physics; every action causes an equal and opposite bad reaction. Kavillio invades Hamed’s brother Bashir’s wedding party in a botched effort to grab Hamed, killing Bashir instead. Hamed takes his vengeance by bombing a bar that Kavillio’s unit visits regularly, murdering a number of bystanders. And on it goes. Both sides kill or torture the other side’s friends and family members; children and preachers aren’t off-limits to either side.

What makes this all bearable, even fascinating, is the kinetic storytelling, expertly played tension, and the authenticity of the action sequences. Raz and Israeli journalist/producer Avi Issacharoff based the story on their experiences in the elite Duvdevan special-ops unit. The actors playing Israeli operatives speak both Hebrew and Arabic fluently and easily take on the personas of Palestinian civilians, a tactic used in real life. The directors know what the settings are supposed to look like and how the people really dress and act. There’s no question that they’ve been there and done that when it comes to the firefights, kidnappings, and interrogations that both sides are involved in every episode.

American audiences may also be interested in (or offended by) the series’ depiction of the Israeli occupation of the West Bank, where most of the action is set. It’s a place of omnipresent soldiers and military checkpoints. Kavillio’s people grab off the street characters we, the audience, know to be innocent and browbeat and sometimes torture them. Hamed’s wife, Nasrin, is subjected to a humiliating strip search as a ruse at an Israeli checkpoint. Israeli soldiers or police trash Arab homes during searches whether or not there’s any good reason to. Western ideals don’t figure in this world. In that this is an Israeli series, it’s likely this is a much-cleaned-up version of reality, but it’s still more raw and personal than what we’re used to seeing.

Also, the Palestinians aren’t shown to be a united bloc of evil. The political schisms between the Palestinian Authority, Fatah, and Hamas are part of Hamed’s working conditions. Some Palestinians support the cause; some are sick of the fighting and want to be left alone; some have become informants for the Israelis out of conviction or necessity; others—like Nasrin—just want to leave. Most everybody has a good reason for doing what they do. It may be because of this more nuanced portrayal of life in the occupied West Bank that Fauda has apparently drawn a following among Palestinians as well as Jewish Israelis.

Fauda is a vivid, fast-paced political thriller that also finds time to present the human side of a conflict that’s become dehumanized over the decades. Its two seasons of 12 30-minute episodes go by like the wind. If you’re interested in a tale that has no real heroes and may challenge some of your preconceived notions about the world’s longest-festering sore, catch Fauda on Netflix.