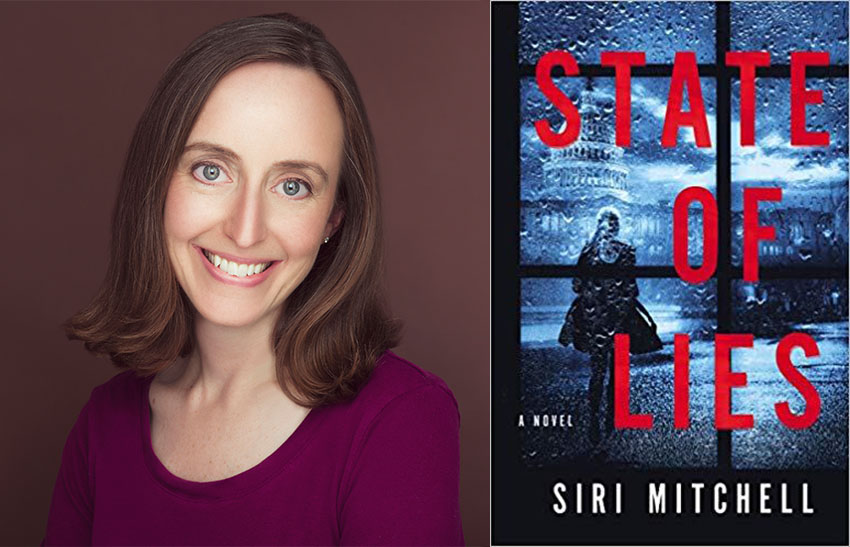 Inspired by the upcoming anniversary of the Gulf War, Siri Mitchell, author of State of Lies, compiles a list of the most memorable characters from pop culture who served in and were changed by the war.

As the 30th anniversary of the Gulf War approaches I’ve been thinking about how war can be an incubator for both heroes and villains. It can highlight our greatest strengths or put a spotlight on our most glaring deficiencies. The Gulf War was fought against Iraq, between August 1990 and February 1991, by a coalition of 35 countries in response to Iraq’s invasion of Kuwait. Those coalition forces were up against the fifth largest army in the world. Over 88,000 tons of bombs were dropped on Iraqis in over 100,000 sorties during a 5-week period. The actual ground war, Operation Desert Sabre (formerly Desert Sword) lasted only 100 hours.

We don’t spend much time thinking about that short war because of all the others we’ve been fighting ever since. Some enduring heroes came out of that conflict but many of the officers implicated in recent military scandals served right alongside them. War can simplify things. It reduces competing demands and goals to just one: staying alive. A battlefield that offers opportunities to save lives also offers the temptation to save oneself at the expense of others.

It’s no surprise then that a war, even a short one, could unleash a nightmare of unintended consequences. Or that a low-level battlefield compromise could set in motion conspiracies that reach out to ensnare future generations in their tentacles. It’s also no surprise that the Gulf War has impacted the entertainment arena, infiltrating plotlines of novels, movies, television shows, and comic books.  Some of popular culture’s most beloved and reviled characters fought in that conflict.

Wars produce both the brave and the bully. But somehow we know, deep in our souls, that courage will always triumph over evil. By definition, it has to. If there was no malfeasance or evil, then courage wouldn’t be necessary. It is always through sacrifice and dedication to principle that justice is delivered, oppression is lifted, and crime is abated.  To accomplish this, we often place our trust in the hands of those who come back from the battlefield haunted by memories and carrying invisible scars. It’s those very people, however, who know just how close the honorable is to the ignoble. And it’s exactly those people who know best how to protect us.

Siri Mitchell is the author of the new Gulf War inspired political thriller State of Lies. Siri graduated from the University of Washington with a business degree and has worked in government at the local, state, and federal levels. As a military spouse, she lived all over the world, including Paris and Tokyo. Siri’s books are “unexpected, haunting, and powerful,” and they are known for lively dialogue and honest emotion. Visit her online at sirimitchell.com; Facebook: SiriMitchell; Twitter: @SiriMitchell.