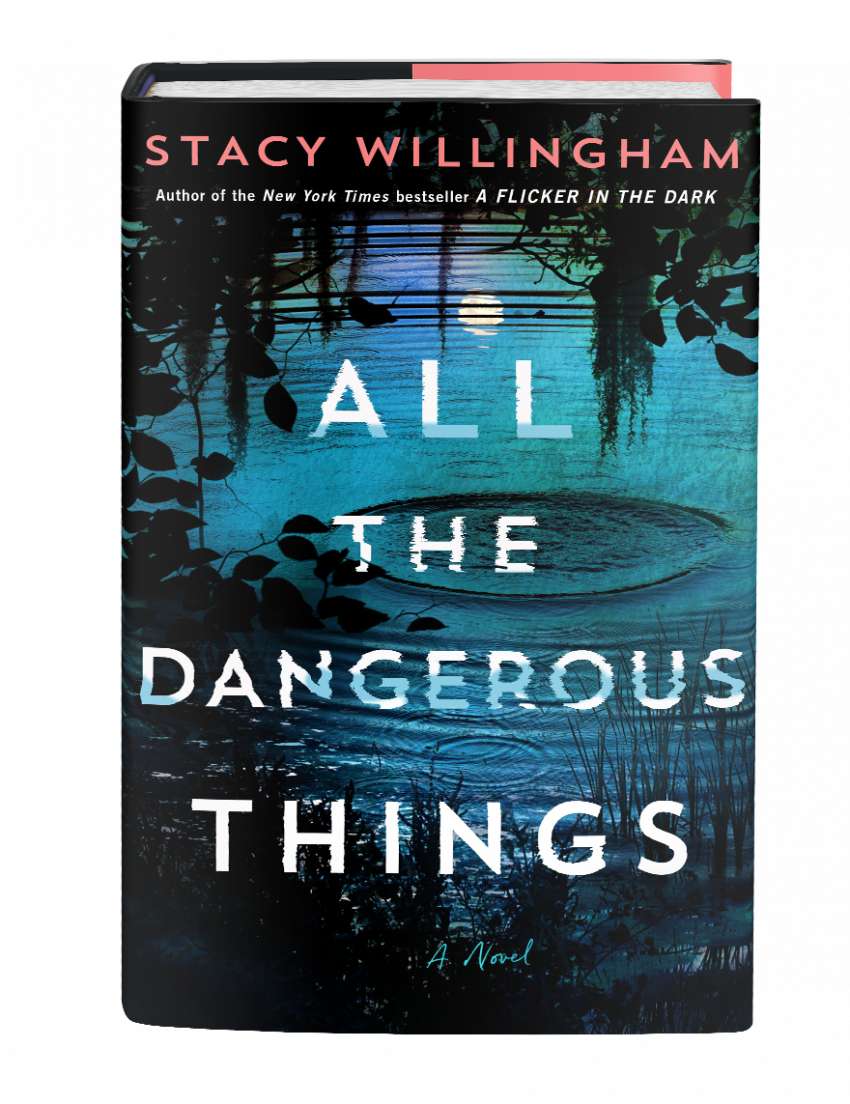 Three hundred and sixty-four days since my last night of sleep.

Or, if you want to go in the opposite direction, fifty-two weeks. Twelve months.

One whole year without a single night of rest.

One year of stumbling through life in a semiconscious dream state. One year of opening my eyes to find myself in another room, another building, without any recollection of when I got there or how I arrived.

One year of sleeping pills and eye drops and chugging caffeine by the quart-full. Of jittery fingers and drooping eyelids. Of becoming intimately familiar with the night.

One whole year since my Mason was taken from me, and still, I’m no closer to the truth.

“Isabelle, you’re on in five.”

My pupils are drilling into a spot in the carpet. A spot with no significance, really, other than the fact that my eyes seem to like it here. My surroundings grow fuzzy as the spot—my spot—gets sharper, clearer. Like tunnel vision.

I wish I could always have tunnel vision: the ability to selectively focus on one single thing at a time. Turn everything else into static. White noise.

There’s a hand in front of my face now, waving. Fingers clicking. It makes me blink.

“Sorry,” I say, shaking my head, as if the motion could somehow clear the fog like windshield wipers swiping at rain. I blink a few more times before trying to find the spot again, but it’s gone now. I know it’s gone. It’s melted back into the carpet, into oblivion, the way I wish I could. “Sorry, yeah. On in five.”

I lift my arm and take a sip of my Styrofoam cup of coffee— strong, black, squeaky when my chapped lips stick to the rim. I used to savor the taste of that daily morning cup. I lived for the smell of it wafting through my kitchen; the warmth of a mug pushed against my fingers, cold and stiff from standing on the back porch, watching the sun come up with morning dew beading on my skin.

But it wasn’t the coffee I needed, I know that now. It was the routine, the familiarity. Comfort-in-a-cup, like those dehydrated noodles you splash faucet water into before popping them into the microwave and calling it a meal. But I don’t care about that anymore: comfort, routine. Comfort is a luxury I can no longer afford, and routine . . . well. I haven’t had that in a long time, either.

Now I just need the caffeine. I need to stay awake.

I look up at the man standing before me, clipboard resting against his hip. I nod, down the rest of the coffee, and savor the bitter pinch in my jaw. It tastes like shit, but I don’t care. It’s doing its job. I dig my hand into my purse and pull out a bottle of eye drops—redness relief—and squirt three beads of liquid into each eye with expert precision. I guess this is my routine now. Then I stand up, run my hands over the front of my pants, and slap my palms against my thighs, signaling that I’m ready.

I hold out my arm, gesturing for the man to lead the way. And then, I follow. I follow him out the door and through a dim hallway, the fluorescent lights buzzing in my ear like an electric chair humming to life. I follow him through another door, the gentle roar of applause erupting as soon as it opens and we step inside. I walk past him, to the edge of the stage, and stand behind a black curtain, the audience just barely obscured from view.

This is a big one. The biggest I’ve done.

I look down at my hands, where I used to hold notecards with talking points scribbled in pencil. Little bulleted instructions reminding what to say, what not to say. How to order the story like I’m following a recipe, meticulous and careful, sprinkling the details in just right. But I don’t need those anymore. I’ve done this too many times.

Besides, there’s nothing new to say.

“And now, we are ready to bring out the person I know you’re all here to see.”

I watch the man speaking onstage, ten feet away, his voice booming over the loudspeakers. It’s everywhere, it seems—in front of me, behind me. Inside me, somehow. Somewhere deep in my chest. The audience cheers again, and I clear my throat, remind myself why I’m here.

“Ladies and gentlemen of TrueCrimeCon, it is my honor to present to you, our keynote speaker . . . Isabelle Drake!”

I step into the light, walking with purpose toward the host as he signals me onstage. The crowd continues to yell, some of them standing, clapping, the beady little eyes of their iPhones pointed in my direction, taking me in, unblinking. I turn toward the audience, squinting at their silhouettes. My eyes adjust a bit, and I wave, smiling weakly before coming to a halt in the center.

The host hands me a microphone, and I grab it, nodding.

“Thank you,” I say, my voice sounding like an echo. “Thank you all for coming out this weekend. What an incredible bunch of speakers.”

The crowd erupts again, and I take the free seconds to scan the sea of faces the way I always do. It’s women, mostly. It’s always women. Older women in groups of five or ten, relishing this annual tradition—the ability to break away from their lives and their responsibilities and drown themselves in fantasy. Younger women, twenty-somethings, looking skittish and a little embarrassed, like they’ve just been caught looking at porn. But there are men, too. Husbands and boyfriends who were dragged along against their will; the kind with wire-rimmed glasses and peach fuzz beards and elbows that protrude awkwardly from their arms like knobby tree branches. There are the loners in the corner, the ones whose eyes linger just long enough to make you uncomfortable, and the police officers perusing the aisles, stifling yawns.

And then I notice the clothing.

One girl wears a graphic tee that says Red Wine and True Crime, the T in the shape of a gun; another sports a white shirt sprayed with specs of red—it’s supposed to mimic blood, I assume. Then I see a woman wearing a T-shirt that says Bundy. Dahmer. Gacy. Berkowitz. I remember walking past it earlier in the gift shop. It was clipped tight against a mannequin, being advertised in the same way they advertise overpriced band T-shirts in the merchandise tents at concerts, memorabilia for rabid fans.

I feel the familiar swell of bile in my throat, warm and sharp, and force myself to look away.

“As I’m sure you all know, my name is Isabelle Drake, and my son, Mason, was kidnapped one year ago,” I say. “His case is still unsolved.”

Chairs squeak; throats are cleared. A mousey woman in the front row is shaking her head gently, tears in her eyes. She is loving this right now, I know she is. It’s like she’s watching her favorite movie, mindlessly snacking on popcorn as her lips move gently, reciting every word. She’s heard my speech already; she knows what happened. She knows, but she still can’t get enough. None of them can. The murderers on the T-shirts are the villains; the uniformed men in back, the heroes. Mason is the victim . . . and I’m not really sure where that leaves me.

The lone survivor, maybe. The one with a story to tell.

Preorder your copy of All the Dangerous Things

About All the Dangerous Things by Stacy Willingham:

One year ago, Isabelle Drake’s life changed forever: her toddler son, Mason, was taken out of his crib in the middle of the night while she and her husband were asleep in the next room. With little evidence and few leads for the police to chase, the case quickly went cold. However, Isabelle cannot rest until Mason is returned to her—literally.

Except for the occasional catnap or small blackout where she loses track of time, she hasn’t slept in a year.

Isabelle’s entire existence now revolves around finding him, but she knows she can’t go on this way forever. In hopes of jarring loose a new witness or buried clue, she agrees to be interviewed by a true-crime podcaster—but his interest in Isabelle’s past makes her nervous. His incessant questioning paired with her severe insomnia has brought up uncomfortable memories from her own childhood, making Isabelle start to doubt her recollection of the night of Mason’s disappearance, as well as second-guess who she can trust… including herself. But she is determined to figure out the truth no matter where it leads.