Alfred Hitchcock is brilliant. He made some absolutely amazing films. Certified classics—make no mistake. But is he as great as you, and the rest of the film snob world, think he is?

Here’s the thing: Hitchcock did one thing, and he did it very well (mostly). But, that’s just it. He only did ONE THING. Many directors in the classic period or so-called “golden age” of Hollywood were genre-hopping craftsmen, who were equally at home with a thriller, a comedy, a western, or even the occasional musical.

Hitchcock made everything from suspense to thriller. It’s like that bartender in The Blues Brothers. “We got both kinds—Country and Western.” Not much of a choice there, is it?

Take someone like Billy Wilder who gave us classic noir with Double Indemnity, classic comedy with Some Like It Hot, classic drama with The Lost Weekend, and the list goes on.

Look at Robert Wise. Noir: The Setup and about a half dozen others. Sci-Fi: The Day The Earth Stood Still and the freakin’ Star Trek movie. Musicals: Sound Of Music and West Side Story. Now that’s range, people. And then there was Hitchcock, 40 years into his directing career, just rehashing the same old themes and sometimes even the same movies—Man Who Knew Too Much, anyone?

You could call some of what he did horror, like Psycho, although it bears little resemblance to what we know as horror today and it hits the same rhythms as his suspense films. And, he did try one black comedy in The Trouble With Harry, but you’ll notice that one is never mentioned by people touting his greatest efforts. Maybe because comedy was beyond him.

What could he have done with a science fiction film during the 1950s heyday of creature features or atomic age super monsters? Could he have gone out west and given us a good old fashioned horse opera?

I doubt it. And, I think Hitchcock knew his own limits. Even when he embraced the coming technology of TV more easily than most of his contemporaries, he stuck with what he knew. Thrills, suspense, and the good ol’ MacGuffin.

So why do film professors and historians lionize him as one of the greatest of all time? Shouldn’t a master storyteller be able to tell more than one story?

Somehow, he managed to rise above the ghetto of genre filmmaker—who are never fully appreciated—and become a legend. Maybe it was the French. Once they embraced him, and directors like Truffaut started talking about his work like it was something special, the US critics were so quick to jump on the bandwagon that they couldn’t bring up the obvious point that he was endlessly recycling his own moves.

Many directors have been accused of ripping off Hitchcock, but no one did it more frequently than Hitch himself. Maybe because there are only so many ways to tell the same story. Does this really make a genius?

But admit it, you’ve been at a dinner party and mentioned Hitchcock as one of your favorites. You’ve talked about what a genius he is. But, do you really believe it? Or, are people just repeating the party line?

I think all discussions of Hitchcock need to come with qualifiers. He was the greatest of all time (*at his particular brand of suspense filmmaking). He was an absolute genius (*at creating one type of thrill and then repackaging it for us over the course of four decades).

And while we’re here, the next person who says Vertigo is his best film is getting a punch in the mouth. Be honest, people. It’s a muddy mess with such specious motivations for the character and such a hugely convoluted plot, whose only purpose is to serve one weird character quirk (Jimmy Stewart has vertigo—oooooh). There are a million simpler wants to off your wife and cover it up—this is not one of them.

So consider that Alfred Hitchcock was a supremely talented craftsman, but he did his thing and only his thing. You’re not going to go out and hire a carpenter—no matter how brilliant his woodworking—to fix your plumbing. Other directors, from Fritz Lang to Stephen Spielberg, are more like contractors. They can do it all, and in the end, you’ll get a beautiful space to appreciate for life. And yes, it has one of the most beautiful coffee tables you’ve ever seen. The guy who made that was a genius—at that specific task.

Now go forth at your next dinner party and smack down the next person to start spouting off about how brilliant Alfred Hitchcock was. And if they counter your argument with freakin’ Vertigo, you have my permission to punch them. 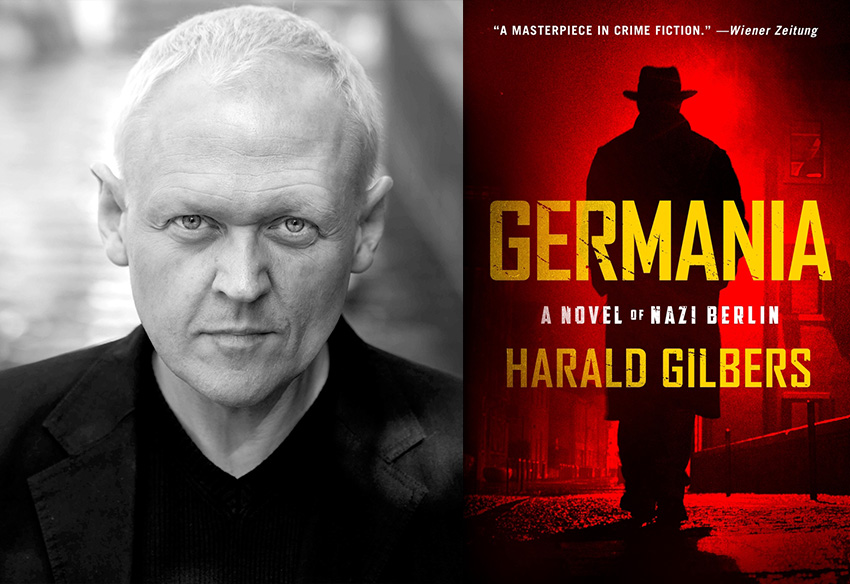 Writing in the Shadow of Fritz Lang

Before I decided on a literary career at the age of forty I had been a failure. I was a film school reject directing stage plays in Germany and Austria for fourteen years, but there was not much money to be made in this line of business. I had also made a couple of shorts…