Alex Michaelides, Author of The Silent Patient, on Writing the Perfect Thriller

The debut author combined his knowledge of Greek tragedy, psychotherapy, and screenwriting to craft a thriller you won’t be able to stop reading. 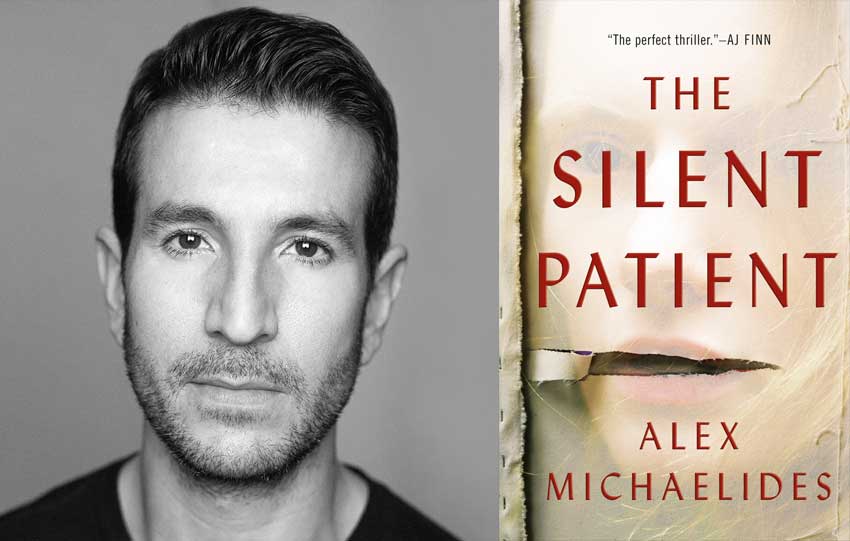 The Silent Patient introduces us to Alicia Berenson, a happily married artist who murders her husband and never speaks again. Forensic psychotherapist Theo Faber sets out to unravel the mystery of Alicia’s notorious crime and quickly discovers that nothing about her case is as clear-cut as it seems.

With film rights snapped up by the Oscar-winning producers behind The Departed, Moonlight, and 12 Years a Slave and foreign rights sold in 42 territories and counting, The Silent Patient is one of 2019’s most anticipated releases. Author Alex Michaelides discusses his background in psychology, his literary influences, and how his screenwriting background helped him to write the perfect thriller.

You did post-graduate work in psychology and worked in a secure psychiatric unit for two years. What drew you to the field?

It’s a bit like Theo, the narrator in the book, says: He was drawn to mental health to heal himself. In my case it certainly started like that. I had a lot of individual therapy for a long time, and then I became interested in studying it. I moved around to different places. I studied group therapy. I studied individual therapy. And then my sister is a psychiatrist and she got me a part-time job at a secure unit for teenagers, which was an incredible experience. I learned so much. I didn’t have the idea then for writing a novel about it, but I knew it was a formative, life-changing experience.

I ultimately left because I was reaching a point in my studies where I was about to take on long-term patients, and I felt I was really a writer not a therapist. But it was also more complicated than that. Despite meeting some really incredible people–at this unit, particularly–I did also encounter, while I was studying, lots of people who were supposedly very eminent, who were lacking in anything I recognized as empathy. Or common sense. So I sort of fell out of love with psychotherapy, even though it had helped me a great deal. That was definitely playing in my mind when I wrote the novel–that ambivalence.

Read an excerpt from The Silent Patient!

The Silent Patient is full of references to Greek myths and tragedies, especially the Euripides play Alcestis. How did the myths influence your writing?

Cyprus, where I grew up, is a very ancient country. It’s where Aphrodite was born. So you grow up with an awareness of the Greek myths. At age 13, you’re being taught The Iliad and The Odyssey, and the plays are always being staged. It’s in the culture very strongly. I’ve always been fascinated with Euripides and the tragic heroines he has. I think they’re really close to Tennessee Williams in lots of ways. The Alcestis was a play that captivated me since I was a child. There was something about this woman returning from death and never speaking again.

My next book also has a lot of Greek tragedy in it. It’s about a series of murders at a Cambridge college. It’s a little Grand Guignol, a little gruesome. There’s lots of that in Greek tragedy. I’ve been doing research about all the horrible things that went on. It’s fun exploring that.