A Voice Unheard: Why It’s Important to Remember the Victims of True Crime Stories

Read Courtney Summers's exclusive guest post about remembering the victims of true crime stories, then make sure you're signed in and comment below for a chance to win a copy of Sadie! 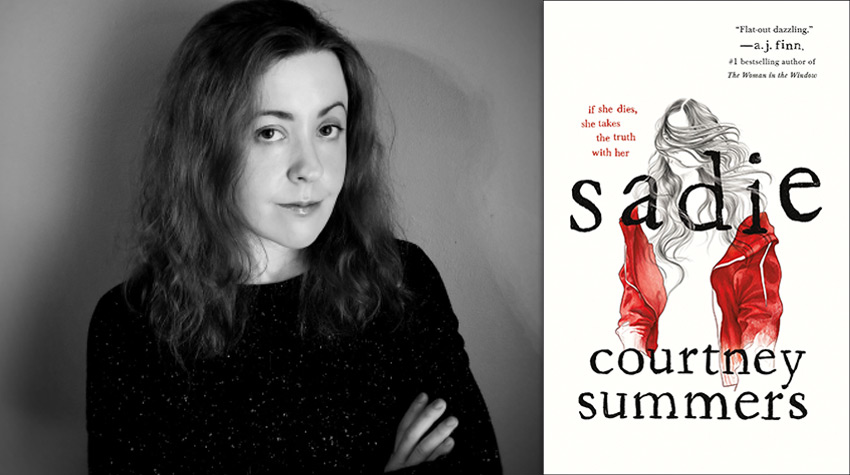 At the heart of true crime narratives are its victims, voices (often) lost to brutal acts of violence. Their lives are hopefully painted in the recollections of their friends, family, acquaintances, and colleagues while we, the audience, circle their bodies in search of truth and justice. If we’re lucky, we uncover both in what remains. But even then, the victim’s voice is absent, and in that absence, sometimes, a troubling distance can take shape.

I first considered this distance when the inaugural season of Serial came out. I thought of Hae Min Lee and everything she could no longer tell us. I thought of the way the podcast’s story expanded and contracted around her, the emotional distance that created within me, and how uncomfortable that made me with myself—and the questions it forced me to ask.

Don’t get me wrong; I’ll always enjoy true crime and its commitment to the truth and dogged pursuit of justice. This emotional dissonance was not created by nor was it a failure of the brilliant and innovative Serial. I had just reached a point of desensitization, and exposure to this exciting new format of true crime—a podcast!—revealed that to me about myself.

From there, I became preoccupied with how well we’re serving the narratives of people no longer around to tell their own stories and what my responsibility to those people might be. 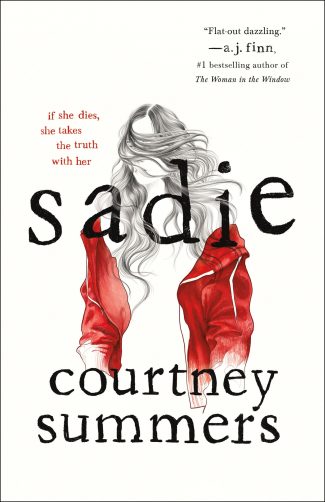 Sadie is about a girl who disappears on the hunt for her sister’s murderer and the blockbuster podcast that’s created with a dedication to finding her. Its reluctant host, West McCray, isn’t convinced another missing girl makes for a compelling show (after all, “girls go missing all the time”), but he soon finds himself at the center of a profoundly disturbing mystery he never anticipated.

Will he be able to find Sadie before it’s too late?

Sadie alternates between two different perspectives in two different times: Sadie’s, with her tight, first-person point of view as she drives across Colorado on her relentless pursuit of revenge; and West’s, which details the aftermath solely in podcast transcripts.

This format gave me the opportunity to explore the way true crime approaches the stories of its victims, the way we consume those stories as an audience, and where exactly the truth might lie—and what critical details might be lost in the process of uncovering it.

And who those missing details might hurt the most.

When Sadie finds herself in the darkest corners of big cities and small towns, sometimes interacting with people who pose an immediate threat to her life, readers can accept her recounting of those events at face value. After all, Sadie doesn’t know she’s telling her story to anyone. When West McCray arrives after the fact, he can only recreate those moments in what’s left behind, often via the recollections of others—people who might bend or omit what happened because they have reason to protect themselves. Sometimes, the conclusions he arrives at pushes West closer to finding Sadie—and sometimes, it’s at a cost to her that he can’t foresee. And the whole time this is happening, there’s an unwritten third point of view: that of an eager audience voraciously tuning in episode after episode.

Sadie is not a condemnation of true crime or the people who create or love it—I am, after all, one of those people! But I’m forever interested in the spaces in those stories that can’t ever truly be told, and fictionalizing the category gave me an opportunity to explore them. I got to take a good look at myself and ask those questions I mentioned at the start of this post: how well are we serving the narratives of victims, and what is our responsibility to them?

What I realized in writing Sadie is that the answer will vary depending on the story and who is telling it. Maybe it’s less about the answers than it is making sure those questions are asked.

For me, juxtaposing Sadie’s and West’s perspectives is meant to shine a light on the humanity of the girl at the center of her story, even as it’s commandeered and retold by someone else with the best of intentions. I think it’s important we don’t lose that humanity amid evidence, suspects, alibis, and the gruesome details of the unconscionable acts so readily available to us. It’s easy to get desensitized to a cruel world, as I found out—but when that comes at the expense of its victims, it can also come at the expense of ourselves.

Comment below for a chance to win a copy of Sadie by Courtney Summers!

Sadie Comment Sweepstakes: NO PURCHASE NECESSARY TO ENTER OR WIN.  A purchase does not improve your chances of winning.  Sweepstakes open to legal residents of 50 United States, D.C., and Canada (excluding Quebec), who are 18 years or older as of the date of entry.  To enter, complete the “Post a Comment” entry at https://www.criminalelement.com/a-voice-unheard-why-its-important-to-remember-the-victims-of-true-crime-stories-comment-sweepstakes beginning at 3:00 p.m. Eastern Time (ET) July 26, 2018. Sweepstakes ends at 2:59 p.m. ET September 4, 2018. Void outside the United States and Canada and where prohibited by law. Please see full details and official rules here. Sponsor: Macmillan, 175 Fifth Ave., New York, NY 10010.