The best way to spread Christmas cheer is reading cozies throughout the year!

Christmas comes but once a year—and with it, a bookish bounty of murder, mayhem, and merriment! Seasonal cozies are as much tradition as cookies, cakes, and pies, and pair equally well with a hot cup of tea (or something stronger) and a roaring fire. If you’re looking for something delightfully decadent to sink your teeth into while waiting for Santa, you might wish to consider one of these recent holiday-themed treats from the good folks at Kensington Publishing Corp. 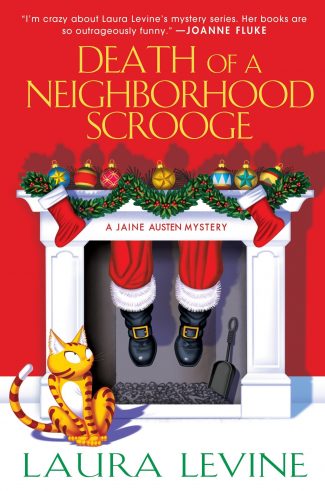 First up, there’s Death of a Neighborhood Scrooge by Laura Levine—the sixteenth entry in her comedic Jaine Austen mystery series. It seems that Christmas has come early for Jaine, a freelance writer who is offered the opportunity to spend the holidays house-sitting a luxurious Bel Air mansion with her too-hot-to-be-hetero bestie, Lance. Unfortunately, her less-than-loyal cat, Prozac, requires accommodations of a more modest kind. When her feisty furball takes up residence one door down, Jaine finds herself indebted to childhood star Scotty Parker—a cheap and churlish has-been looking to recapture his former glory with a script entitled The Return of Tiny Tim: Vengeance is Mine!—and his surprisingly likable wife. Jaine agrees to help him edit the screenplay in exchange for Prozac’s temporary lodging, but their combative collaboration is only the beginning of her troubles. Scotty is later found dead, his head bashed in with a frozen yule log, and Jaine’s name immediately soars to the top of the suspect list. This imposition is compounded by a string of romantic mishaps, each more awkward and embarrassing than the last. Consequently, it’s not the most wonderful time of the year—but an unexpected final act plot twist just might prove a harbinger for a happier new year. A veteran comedy writer, Levine has the chops to pull off both the hijinks and hilarity. 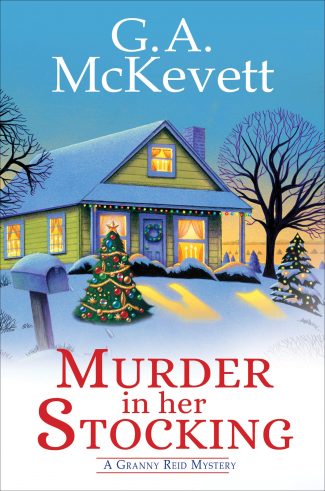 Then, there’s Murder in Her Stocking by G.A. McKevett. Billed “A Granny Reid Mystery,” the title is both a new series launch and a prequel of sorts to the author’s popular Savannah Reid saga. This new book transports readers to 1980s Georgia, where fifty-something widow Stella Reid—aka “Granny Reid” in the contemporary, California-set novels—tasks herself with finding Prissy Carr’s killer after discovering the young woman near-death in an alley behind the local tavern. Suspects aren’t exactly hard to come by, given Prissy’s scandalous reputation around town, but Stella’s attention is equally devoted to the well-being of her seven grandchildren (including Nancy Drew devotee Savannah), who are routinely neglected by their alcoholic mother and mostly absentee father. Despite financial hardship and other situational stressors, Stella and the kids seldom waiver in their richness of spirit—a collective buoyancy that’s amplified by the holiday backdrop. McKevett gives us a sometimes sassy and sometimes stern yet always relatable protagonist in Stella, whose juxtaposition of strength and vulnerability beautifully embodies the complexities and dynamism of real, everyday women. Be forewarned: You’ll laugh, you’ll cry, and you’ll probably curse the fact that you have to wait a year for the next book. (Just don’t take the Lord’s name in vain. It is Christmas, after all!) Fortunately, the author’s got a lengthy backlist to stuff your stocking with and help you bide the time. 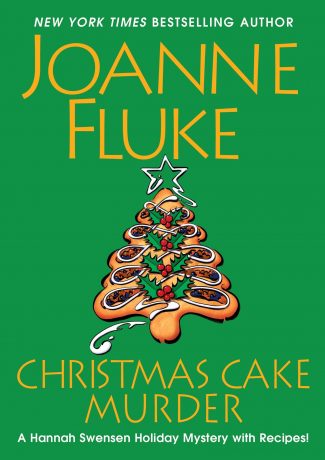 This year also brings a seasonal offering from New York Times bestselling author Joanne Fluke, whose Hannah Swenson books have transcended the page and found success in television film on the Hallmark Movies & Mysteries Channel. Christmas Cake Murder is a novella that revisits Fluke’s protagonist as a twenty-something drawn back to her Lake Eden, Minnesota home to deal with heartbreak of losing her father as well as a devastating break-up. Her dreams of opening and operating The Cookie Jar bakery are just beginning to take shape, and the unexpected opportunity to help recreate a grand Christmas Ball with a decadent dessert menu from long ago proves irresistible—particularly when doing so would also fulfill the wish of Essie Granger, an elderly woman in hospice care, to relive that magical night one last time. In doing her research, Hannah inadvertently discovers Essie’s old notebooks, which contain a thrilling story about a young woman on the run from certain danger in New York City. This narrative—interwoven as a story within a story throughout—leads Hannah to wonder just how much of Essie’s tale is fiction and how much is fact. But the answer could have grave consequences. While the plot is slight and risks giving the impression that it may have been cooked up as a means to connect the frequent bake/eat/discuss scenes that accompany an abundance of recipes, series loyalists will nevertheless enjoy Hannah’s origin story. Consider this one the ganache rather than the cake. 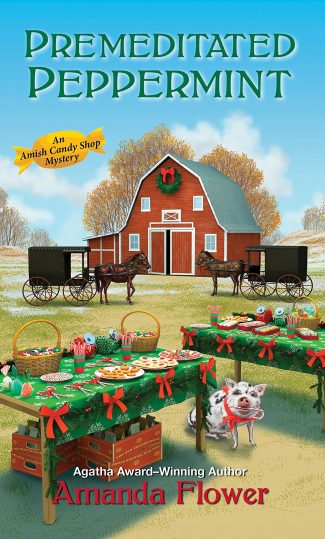 Finally, Agatha Award-winning author Amanda Flower (aka USA Today bestseller Isabella Alan) serves up Premeditated Peppermint, her third Amish Candy Shop mystery. With the annual Christmas Market just one day away—her first since moving to Harvest, Ohio—former Big Apple chocolatier Bailey King is up to her arms in peppermint and molten white chocolate. But things get really heated when her former boyfriend, celebrity chef (and serial cheater) Eric Sharp, unexpectedly appears with a camera crew in tow and professes the desire to film a television special showcasing an authentic Amish Christmas. While Bailey’s inclination is to refuse to participate, Swissmen Sweets—the fledgling shop she runs with her recently widowed grandmother—could really use the exposure. She decides to take the night to think things over; the following morning, Bailey discovers the show’s executive producer, Rocky Rivers, dead in a gazebo in the town square, holiday lights strung around her neck. And Eric hunched over the body. Enter sheriff deputy Aiden Brody, who also happens to be Bailey’s sweetly subtle suitor. Despite her lingering resentments, Bailey knows that Eric’s not a killer and vows to clear his (not so) good name—even if it means jeopardizing her prospective relationship with Aiden. What she doesn’t expect is to become the target of a ruthless killer who won’t hesitate to strike again. Colorful characters, country charm, and complex choreography all combine to make this a masterful confection that’s equal part sticky and sweet—and wholly delicious.

Wishing you all a very cozy Christmas, and happy reading in the New Year!