A Loftier Motivation for Two of Today’s Top Crime Dramas 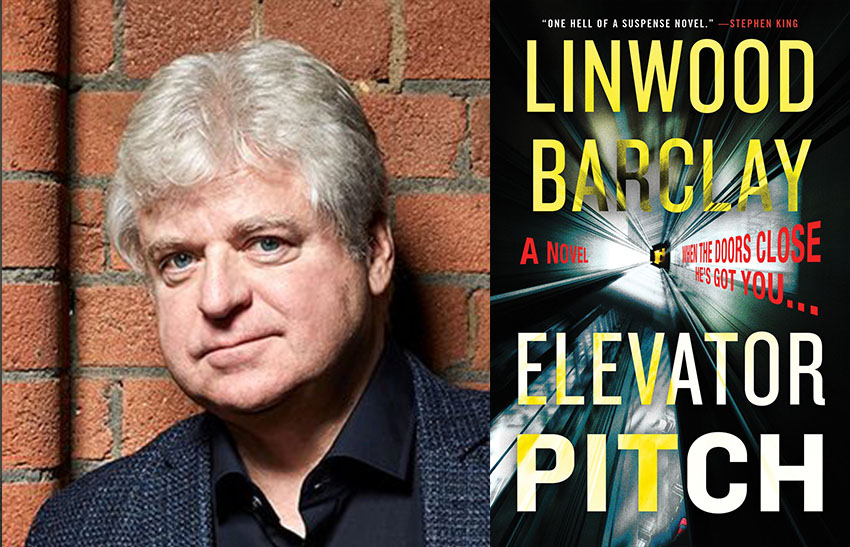 Join Linwood Barclay, author of Elevator Pitch, for a conversation about a unique motivation for protagonists in two of television’s best crime dramas, Get Shorty and The Deuce. Bonus: once you’ve read the essay, comment on this post to enter for a chance to win a copy of Linwood Barclay’s new book—Elevator Pitch.

We think we have a pretty good idea what motivates our lead players in a crime drama. If they’re on the side of the angels, it’s justice. They’re on a mission to right wrongs, to see that victims are avenged, that bad guys are punished. And if we’re wondering what makes those bad guys tick, we don’t have to think that hard. They act out of greed. Maybe they’re seeking payback. It could be they’re just really sick puppies, sadistically driven to inflict pain for the hell of it.

Sometimes, however, while the motivations may be as primal, they’re a little more complicated.

Two of the best crime dramas over the last couple of years are Get Shorty and The Deuce. And while two shows could hardly be more different in style, content, and approach, they have something in common. What drives the lead characters is something we’re not used to seeing in television crime dramas, something a bit loftier.

What drives these characters is art.

Get Shorty, while it bears little resemblance to the 1990 Elmore Leonard novel, or the 1995 film adaptation starring John Travolta, does draw its inspiration from Leonard’s original concept: Loan shark Chili Palmer finds that his skills with violence, intimidation, and outthinking his adversaries translate well into making him an ideal Hollywood producer. In the television series, Chris O’Dowd plays Miles Daly, who’s been known, in his life as a thug, to take things a few steps further than Chili. Miles will kill if that’s what the job entails.

But when Miles’s work takes him to Hollywood, he is mesmerized not so much by the glitz and glamor and magnificent cars and beautiful women as he is by the opportunity to make a great movie, to tell a compelling story. In his quest to settle old debts and save his own skin, Miles increasingly insinuates himself into the movie business and becomes obsessed by the need to make a great film, to make a statement.

Even when Miles realizes the FBI has him in its sights, he’s willing to give them what they want on the condition they let him finish making his movie. Once that’s done, well, he’s willing to let things play out whatever way they have to. (Unless, of course, he can find a new angle to save himself.) Miles believes completing this film is his pathway to redemption. Not only will it absolve him of past sins, but it will also win him the respect of his wife and, especially, his daughter.

In The Deuce, the original David Simon-George Pelecanos series about the rise of the pornography industry in New York, Maggie Gyllenhaal plays Eileen “Candy” Merrell, a prostitute whose work draws her into the world of adult films, as an actress. But she has an eye, a sense of story, and slowly starts to make herself heard. She argues that a film about sex can be more than a “fuck film.” It can aspire to greater things, act as a metaphor, provide insight into the human condition.

There are, of course, multiple storylines in both series, and the casts of characters in Get Shorty and The Deuce are broad. The latter series, in particular, is more ambitious in terms of the issues it’s exploring, and is markedly darker. Get Shorty is a lighter, breezier show. Both are examples of the fine writing that is taking place in this new, so-called Golden Age of television.

But in both Get Shorty and The Deuce, we can find an underlying message: art holds the power to redeem. Its pursuit is as primal as any of those other motivations we’ve come to know. 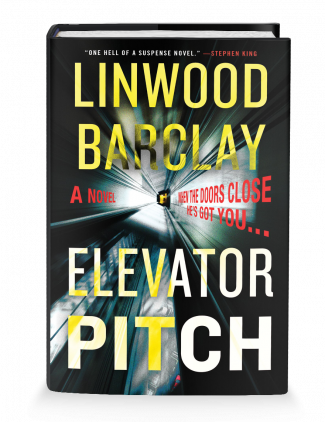 About Elevator Pitch by Linwood Barclay:

It all begins on a Monday, when four people board an elevator in a Manhattan office tower. Each presses a button for their floor, but the elevator proceeds, non-stop, to the top. Once there, it stops for a few seconds, and then plummets.

Right to the bottom of the shaft.

It appears to be a horrific, random tragedy. But then, on Tuesday, it happens again, in a different Manhattan skyscraper. And when Wednesday brings yet another high-rise catastrophe, one of the most vertical cities in the world—and the nation’s capital of media, finance, and entertainment—is plunged into chaos.

Clearly, this is anything but random. This is a cold, calculated bid to terrorize the city. And it’s working. Fearing for their lives, thousands of men in women working in offices across the city refuse leave their homes. Commerce has slowed to a trickle. Emergency calls to the top floors of apartment buildings go unanswered.

Who is behind this? Why are they doing it? What do these deadly acts of sabotage have to do with the fingerless body found on the High Line? Two seasoned New York detectives and a straight-shooting journalist must race against time to find the answers before the city’s newest, and tallest, residential tower has its ribbon-cutting on Thursday.

With each diabolical twist, Linwood Barclay ratchets up the suspense, building to a shattering finale. Pulsating with tension, Elevator Pitch is a riveting tale of psychological suspense that is all too plausible . . . and will chill readers to the bone.

Comment below for a chance to win a copy of Elevator Pitch by Linwood Barclay!

Elevator Pitch Comment Sweepstakes: NO PURCHASE NECESSARY TO ENTER OR WIN.  A purchase does not improve your chances of winning.  Sweepstakes open to legal residents of 50 United States, D.C., and Canada (excluding Quebec), who are 18 years or older as of the date of entry.  To enter, complete the “Post a Comment” entry at http://www.criminalelement.com/a-loftier-motivation-for-two-of-todays-top-crime-dramas/ beginning at 12:00 p.m. Eastern Time (ET) September 16, 2019. Sweepstakes ends at 11:59 a.m. ET September 30, 2019. Void outside the United States and Canada and where prohibited by law. Please see full details and official rules here. Sponsor: Macmillan, 120 Broadway, New York, NY 10010.