As the old proverb goes, “A bird in the hand is worth 34 in hair curlers.” Wait, isn’t that how it goes?

If you ask Francis Gurahoo, he’d probably say so—even if his feathers are a bit ruffled at the moment. According to KRON4, Gurahoo was arrested after arriving at JFK International Airport from a trip to Guyana, where he allegedly obtained and attempted to smuggle 34 finches into the country. Each of the birds was individually stowed in plastic hair curlers found in Gurahoo’s luggage. Gurahoo was arraigned on Monday on counts of unlawful wildlife smuggling.

Why finches? In an adorable twist on cock-fighting, Guyanese finches are pitted against one another in fierce competitions in the outer boroughs of NYC where bets are placed on the birds to determine which bird has . . . the prettiest singing voice. Had Gurahoo been successful in his avian absconsion, each bird would have netted him about $3,000, for a hefty sum of just over $100K. U.S. Customs and Border Patrol hasn’t commented on the bird-betting (winged-wagering?) but it does condemn the smuggling of birds (i.e. finch-filching) since it can lead to the spread of disease and even bird-flu.

Unfortunately, this does mean that Bird American Idol is officially a no-go . . . 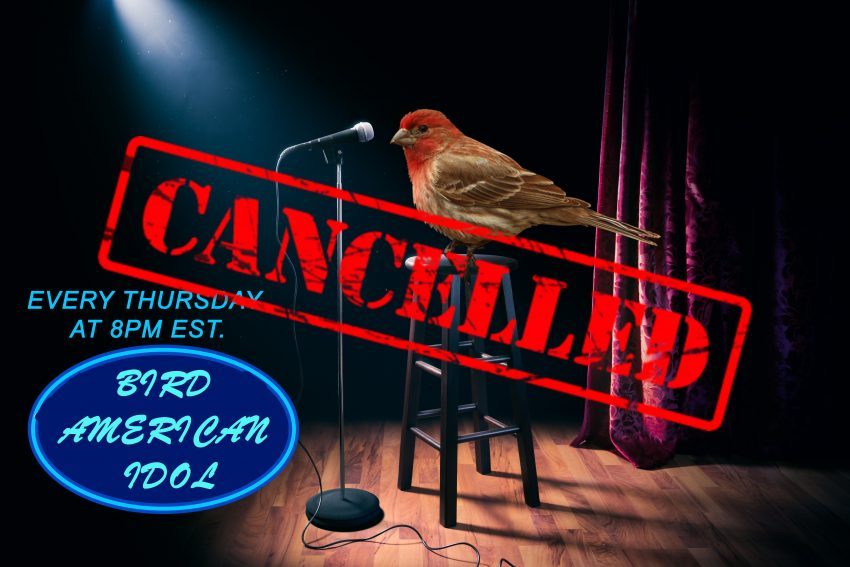